Lorry driver faces years in jail after admitting killing stranded bride-to-be, Good Samaritan and recovery driver when he ploughed into them on busy dual carriageway while on his phone

A lorry driver today admitted killing three motorists after his HGV ploughed into a bride-to-be and two other motorists while he was on his phone.

Michal Kopaniarz faces years in jail after pleading guilty to causing the three deaths by dangerous driving in a horror smash on a major dual carriageway.

The 39-year-old also admitted destroying the phone he was using when he smashed into Alex Britton on the A303 near Andover, Hampshire.

The 28 year old had been on her way to work in a Vauxhall Astra when she broke down.

Both women were killed along with DAF recovery truck driver Tom Watson, 30, when Kopaniarz’s lorry smashed into their vehicles around 8.40am on August 25 2021. 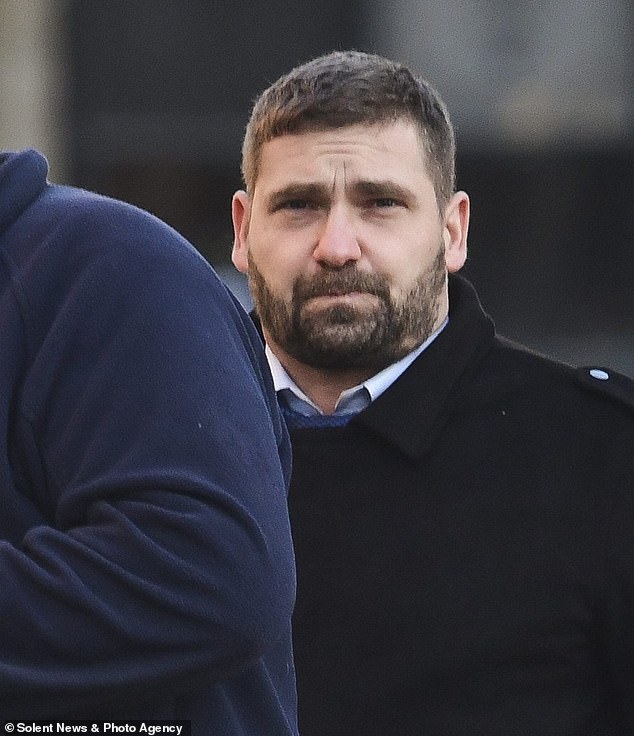 A lorry driver today admitted killing three motorists after his HGV ploughed into a bride-to-be and two other motorists while he was on his phone. Michal Kopaniarz faces jail after pleading guilty to causing the three deaths by dangerous driving in a horror smash on a major dual carriageway 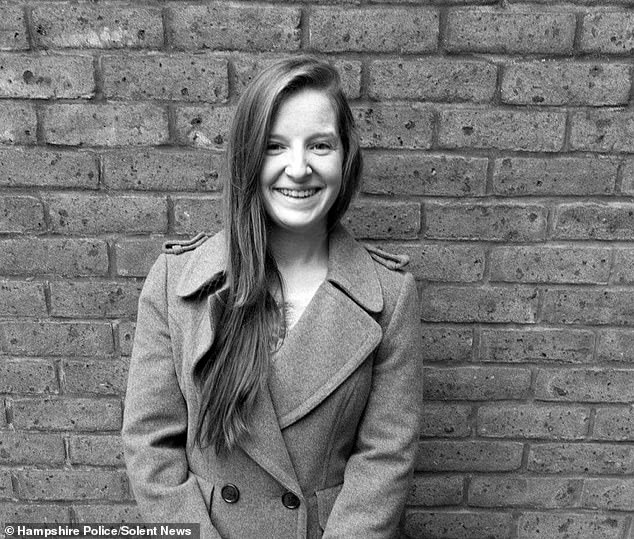 The 39-year-old also admitted destroying the phone he was using when he smashed into Alex Britton (above) on the A303 near Andover, Hampshire

The road was closed for 21 hours following the crash.

Miss Britton, from Portsmouth, Hampshire, was mother to daughters Payton, three, and 18 months old Ava at the time, and was due to marry childhood sweetheart Aaron Law.

Mr Law said Miss Britton was an ‘amazing woman’ and that telling his daughters of their mother’s death was the hardest thing he has done.

Ms Ince, from Southampton, Hampshire, was praised by her family after she tried to help Miss Britton.

They said: ‘Tina was a kind and generous person with a heart of gold.

‘She lived as she died: helping people. Words do not begin to describe how much she will be missed by those who knew her. 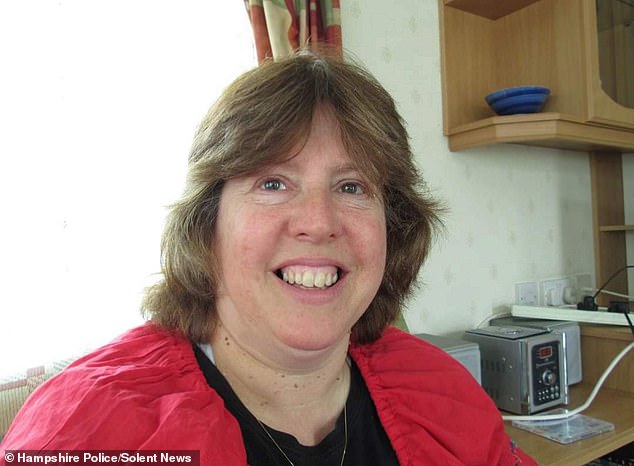 ‘She was strong, hardworking, and truly one of a kind.’

The family of Mr Watson, from Southampton, said he ‘loved his job’ and was described as ‘a kind-hearted, generous man who loved to help people and do anything for his family’.

He also pleaded guilty to perverting the course of justice by damaging and disposing of a Samsung mobile phone which contained evidence he was using it at the time of the collision.

Prosecutor Simon Jones told the court: ‘The defendant was using his mobile phone while driving dangerously.

‘It was the destruction of this phone which perverted the cause of justice.

‘He knew that his destruction of his phone was done with a specific purpose.

‘[He knows he] is looking at a significant custodial sentence.’ 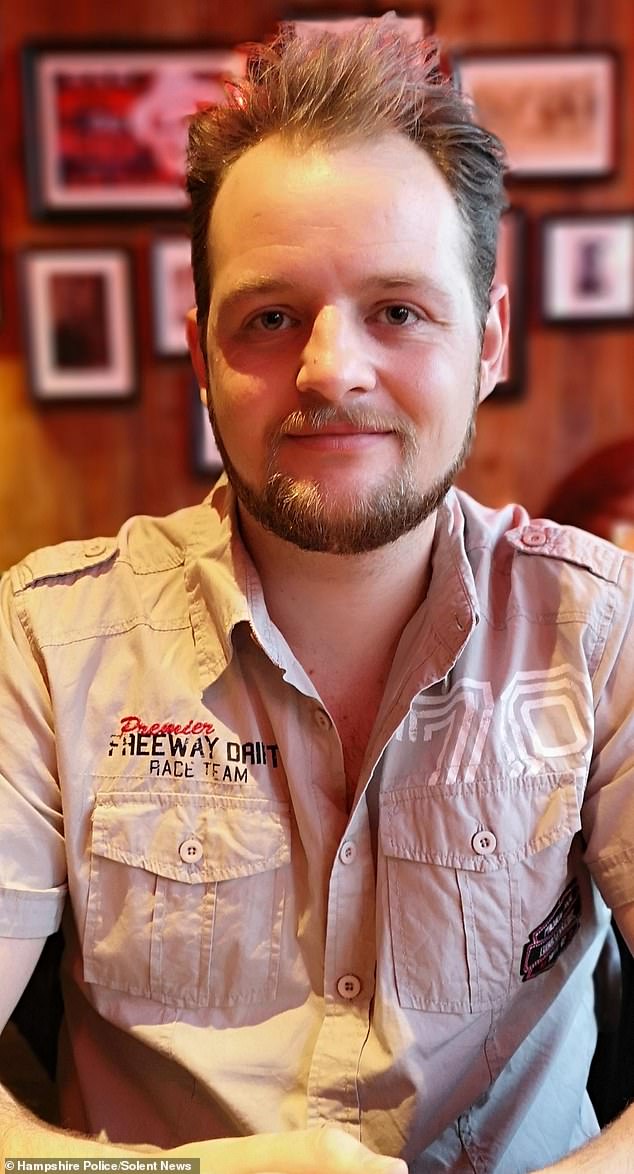 Both women were killed along with DAF recovery truck driver Tom Watson (above), 30, when Kopaniarz’s lorry smashed into their vehicles around 8.40am on August 25 2021

After the crash, Mr Law said his daughter will remember their mother forever as she is surrounded by photos of her: ‘They’ve got pictures everywhere of her. We talk about her.

‘When Payton does something that reminds us of her we make sure we tell her.

‘We’re adamant that they’re never ever going to forget her. Unfortunately for Ava, she isn’t going to remember.

‘We just have to do everything we can to let her know her mother was there for her every second of every day.

‘Payton knows, she’s understood a lot better than any of us thought she would.

‘When I told her, that was probably one of the hardest things I’ve done in my life. She’s still telling people about it, being a young girl.’

Miss Britton was a ceremony manager for Marston Events based in Andover, Hampshire.

She was pronounced dead at the scene along with Ms Ince and Mr Watson.

Mr Law and his partner, both from Portsmouth, Hants, were due to be married in 2019 but the ceremony was delayed until February 2022 due to the pandemic.

Mr Law, who met Miss Britton as a teenager, said: ‘We wanted that special day for her because she never wanted anything else – I just wanted to give her that day.

‘We kept postponing for that day, we didn’t just want to settle for having 12 people or whatever it was. Unfortunately we didn’t get to get married.

‘She was caring to the point where she would feel pain for people she didn’t know. On the flip side to that, she would never worry about herself, she was more worried about her family and that everybody else was okay.

‘She wasn’t one for buying herself new things, doting on herself, make up, or anything like that. She purely cared about her family and her family’s needs.

‘She was really beautiful inside and out. She was amazing with [the children) – my three-and-a-half-year-old’s so advanced, that’s all thanks to Alex.

Miss Britton undertook a Master’s in drama and performance from the University of Portsmouth after doing an undergraduate degree in dance.

The ‘passionate dancer’ was due to undergo teacher training.

After her death, Miss Britton’s company set up a fundraising page in her memory.