Some Australian families are spending $6000 for a single, economy plane ticket to China for long-awaited family reunions this Lunar New Year as the country finally eases pandemic restrictions and reopens its borders.

The Chinese government will scrap mandatory quarantine for inbound travellers and ease the cap on international airline passenger numbers from Sunday, almost three years after the country was largely closed off to visitors.

Lunar New Year celebrations traditionally trigger a mammoth migration to China, although the pandemic brought that to a halt. After missing births, marriages and other milestones, families are now excited to welcome the Year of the Rabbit with relatives and friends they have not seen for years.

Melbourne woman Betty Bai is among those delighted to return to Guangzhou in China’s south for the New Year celebrations, which begin on January 22, despite the exorbitant flight costs. 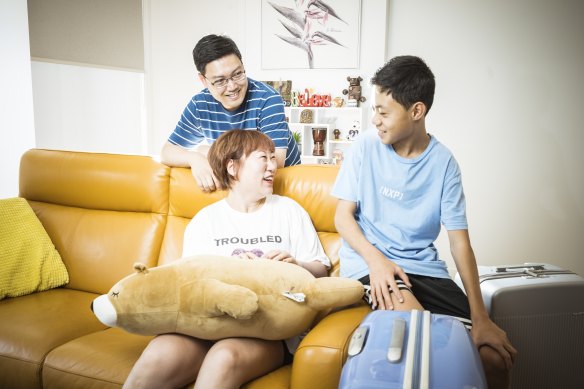 Box Hill woman Betty Bai and her son Samuel and husband Yang Huang will be travelling to China for Lunar New Year.Credit:Chris Hopkins

“Because I’m going back for my family and friends, budget-wise, it’s not my concern,” she said. “But, of course, I wouldn’t go too extreme … anything less than $10,000 per ticket for this I’m OK with.”

No airline currently has daily services in and out of mainland China, meaning high fares and few seats are likely to stay for the foreseeable future.

Qantas – Australia’s only carrier servicing China – is yet to announce its return to the region. Hong Kong’s largest carrier Cathay Pacific is grappling with rampant staffing issues and has significantly restricted its services to the mainland for the next three months.

Bai struggled to find a route to China that did not require multiple connecting flights.

She said it was difficult to find return economy class flights for herself, her husband Yang Huang and their 13-year-old son Samuel for less than $6000 each.

In pre-COVID times, she could have flown business class from Melbourne to Guangzhou for less than $4000 return.

But she feels compelled to go back after the prolonged separation from her family and friends.

“Once the Chinese carriers started doing more flights from Melbourne, I realised I just have to go back because I haven’t seen my friends and family in China for such a long time,” she said.

“We always keep in touch via video chat or WeChat … but it’s going to be a really happy time. It’s very exciting.”

“I just have to go back because I haven’t seen my friends and family in China for such a long time.”

Chinese restaurant owner Jan Ho, 45, who lives with his wife Cleo Wang, their two children, and mother-in-law in Vermont in Melbourne’s east, said he would continue to wait to return to Guangdong province to see his parents due to China’s rapidly climbing COVID cases.

China’s move away from a stringent zero-COVID policy has resulted in a spike in cases, which may lead to the largest coronavirus outbreak in the world.

“First, it’s a bit too messy in China, and secondly, the flight tickets are quite expensive,” he said.

Ho said he would “of course be very happy” when he eventually returns to see family, but he plans to wait to assess the unfolding health situation.

“I wish to go back, I think in three months, but maybe not,” he said. “Let’s see what happens in China and Hong Kong, and we’ll make the decision again.” 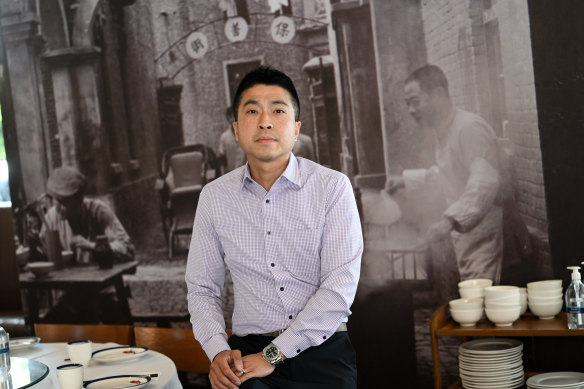 Ho and his wife decided to keep their twins Thomas and Peta, now five-years-old, in China when the pandemic struck. The children were staying with their grandparents. They were separated from them for 2½ years before the twins returned to Australia nine months ago.

“At the time, our cases in Australia were quite high. In China they were doing very well, their numbers were stable. I felt a bit of safety for them to stay there. But not anymore in China now,” Ho said.

He added he thought the Australian government’s new requirement for Chinese arrivals to show proof of a negative COVID-19 test was “reasonable”.

The move came despite contrary advice from Australia’s Chief Health Officer Paul Kelly. Beijing has threatened “reciprocal” action against countries that have implemented similar testing requirements, although China itself still requires arrivals to show proof of a negative PCR test.

with Nigel Gladstone and Amelia McGuire