A MAJOR motorway bridge that crashed down on to a busy motorway over the weekend has gone under the hammer – on eBay.

The M20 bridge collapsed in Kent on Saturday after a lorry smashed into it bringing misery to millions escaping for the Bank Holiday weekend. 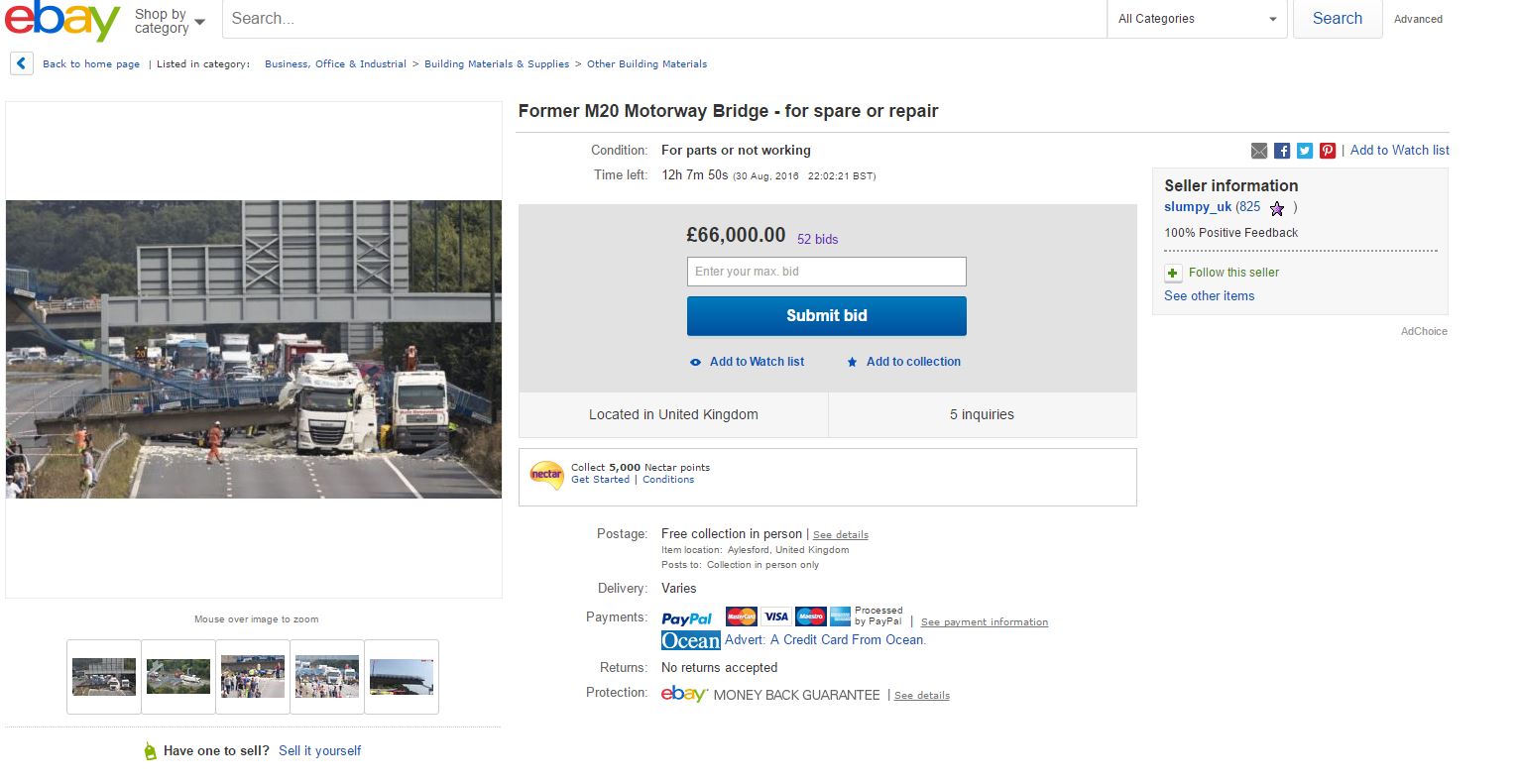 Falling concrete and debris crushed two lorries and a motorcyclist suffered broken ribs after he threw himself from his bike to avoid being crushed.

Jokers are now selling off the fallen bridge to the highest bidder on online auction site eBay. 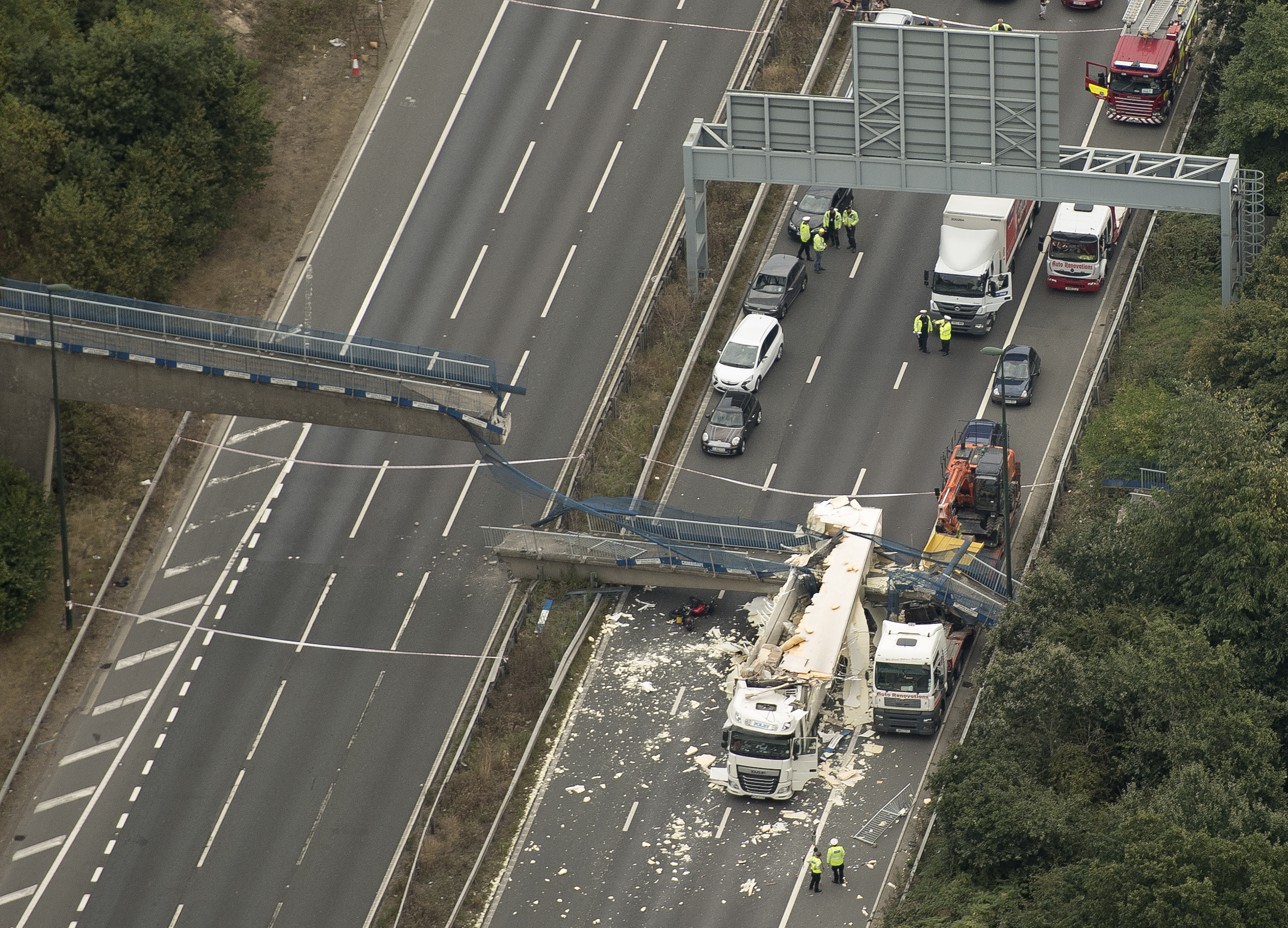 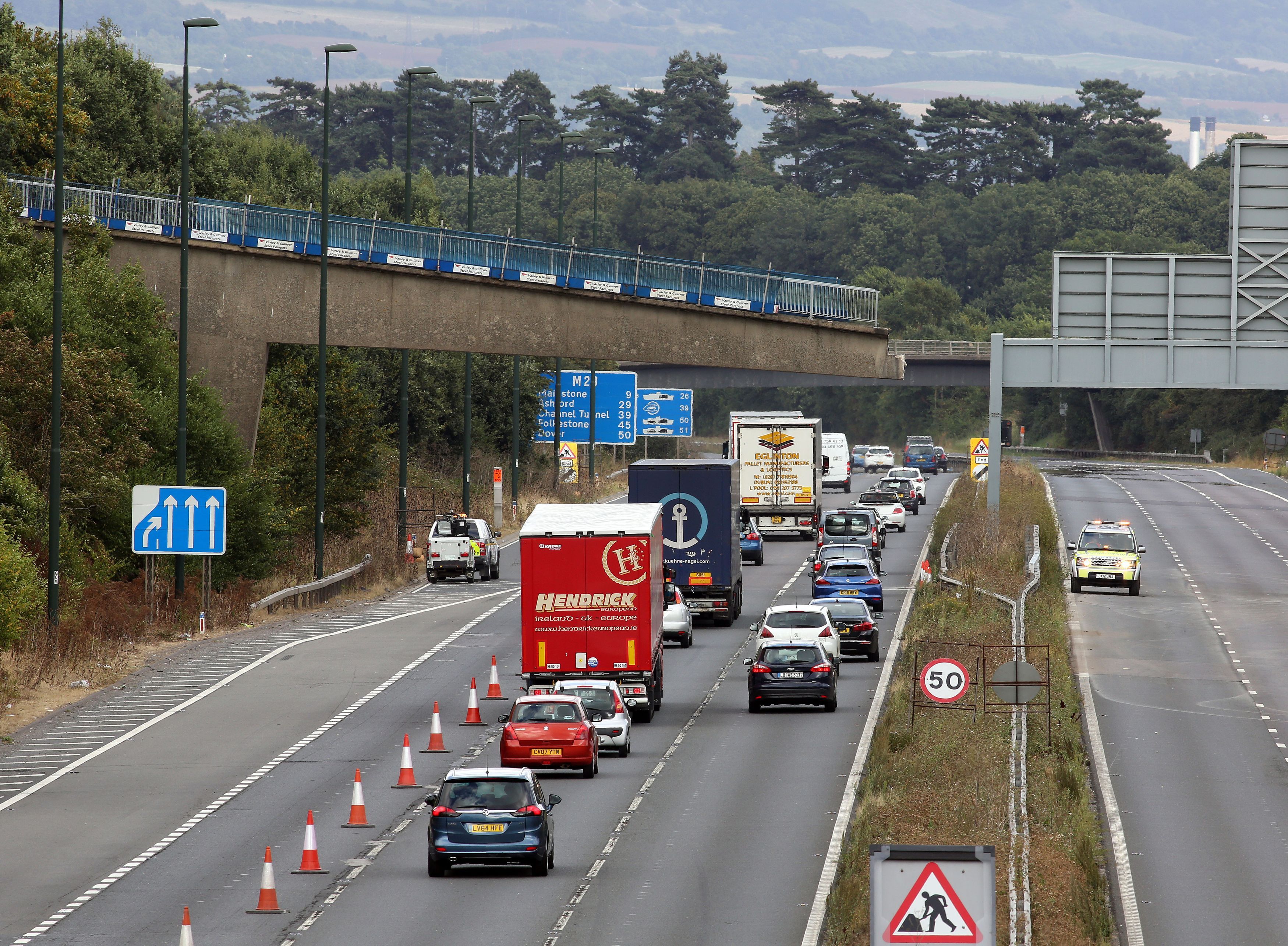 But there's no postage and packaging option for this large item, which is listed as "Buyer collects".

The auction's site killjoy admins have since removed the joke listing. 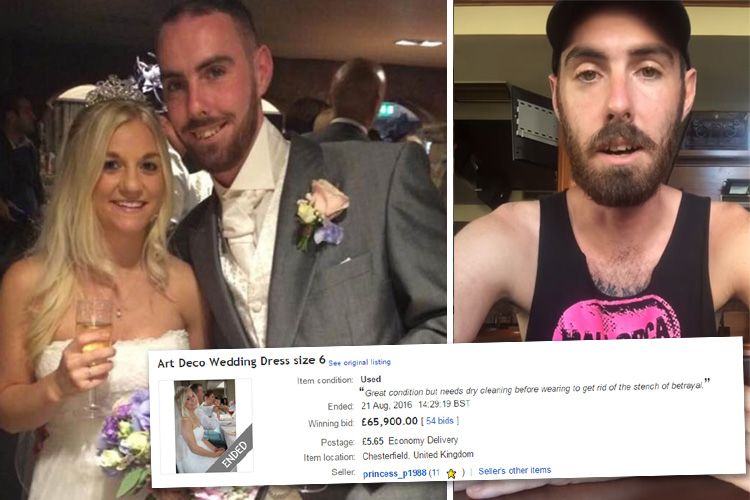 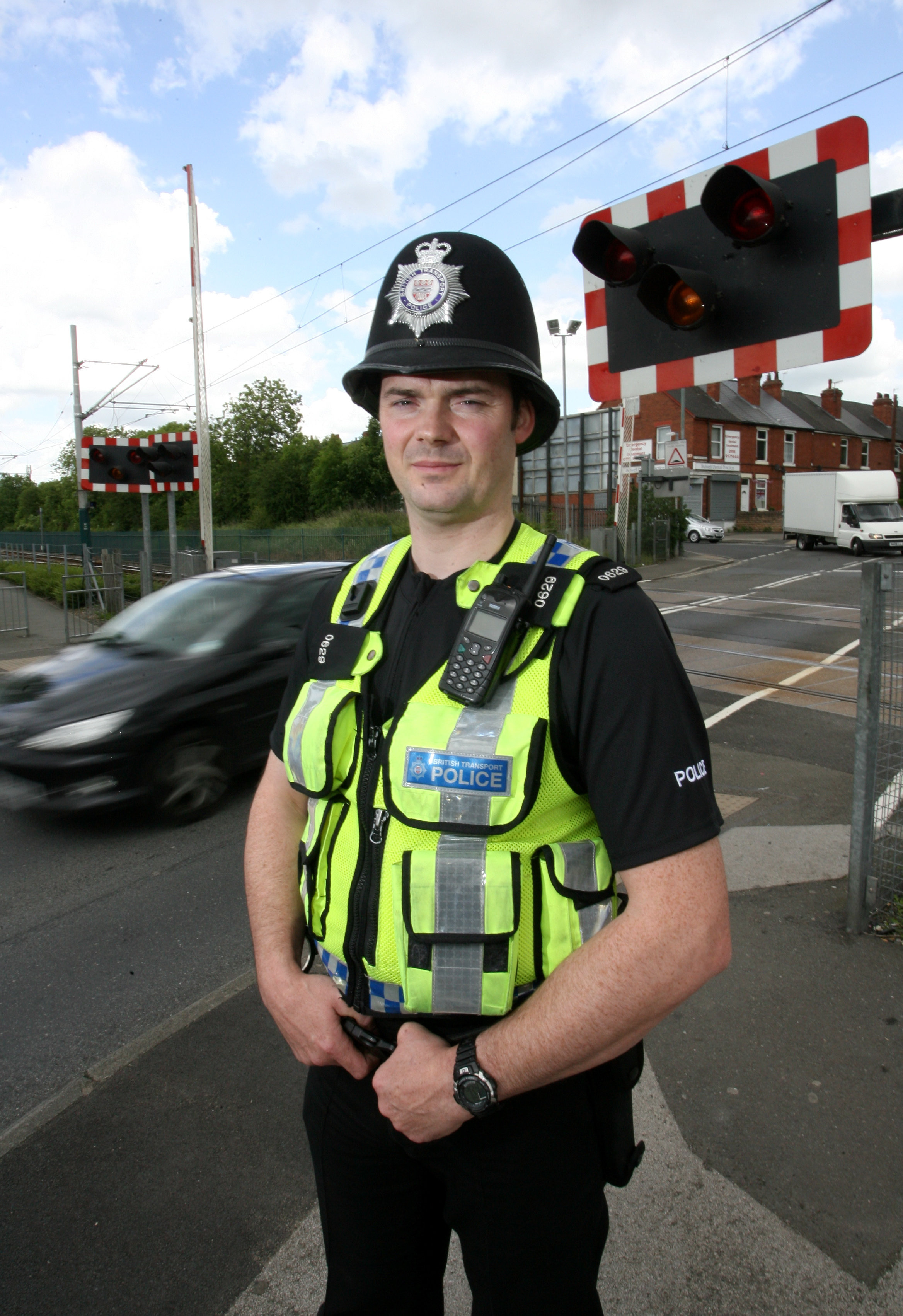 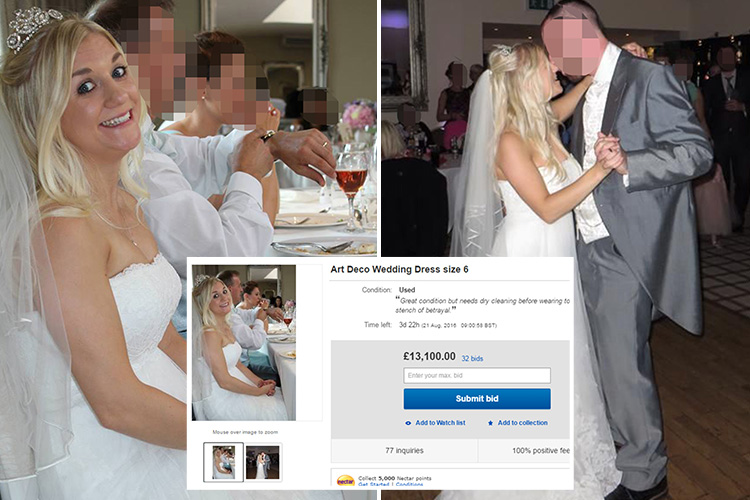 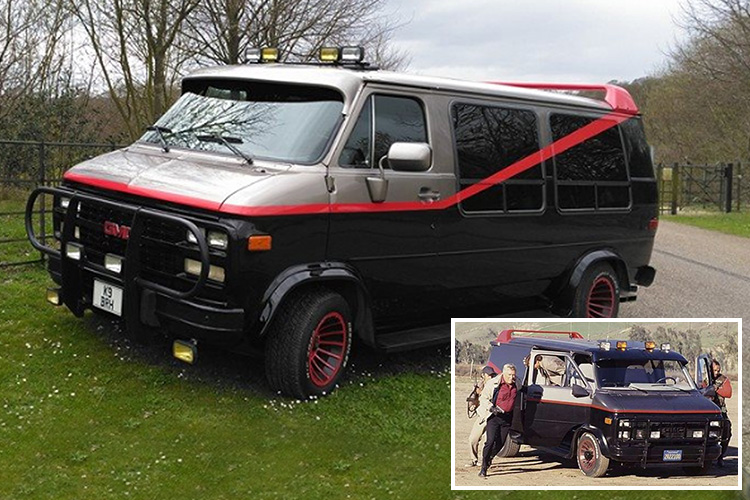 Take the A road

The footbridge — between junctions three and four — caused 15 miles of tailbacks when half of it crumbled in Kent on Saturday after being hit by a digger on the back of a lorry.

A biker who suffered broken ribs after sliding to avoid debris was the only person injured.

Over 170 tonnes of debris were cleared by emergency services and workers, who toiled through the night.

After sections of the bridge were cut up and loaded onto lorries by heavy duty cranes, the M20 was fully reopened more than 24 hours after the collapse.

Highway bosses have confirmed the pedestrian overpass will be rebuilt but no indication of time has been given yet.

Catherine Brookes, the bridge's chief engineer, said the coastbound section, which remains hanging over the carriageway, will be demolished "in the coming weeks". 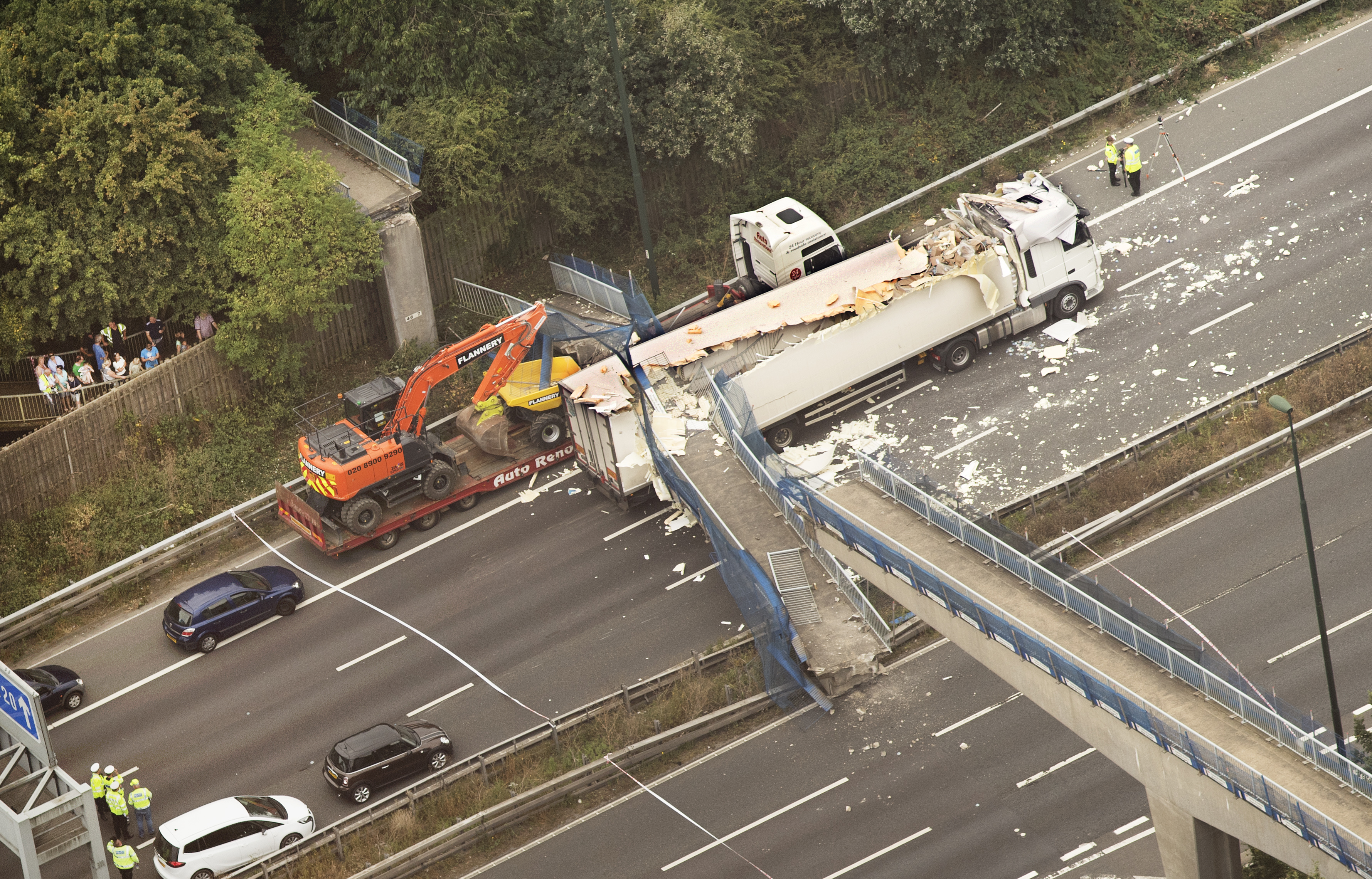 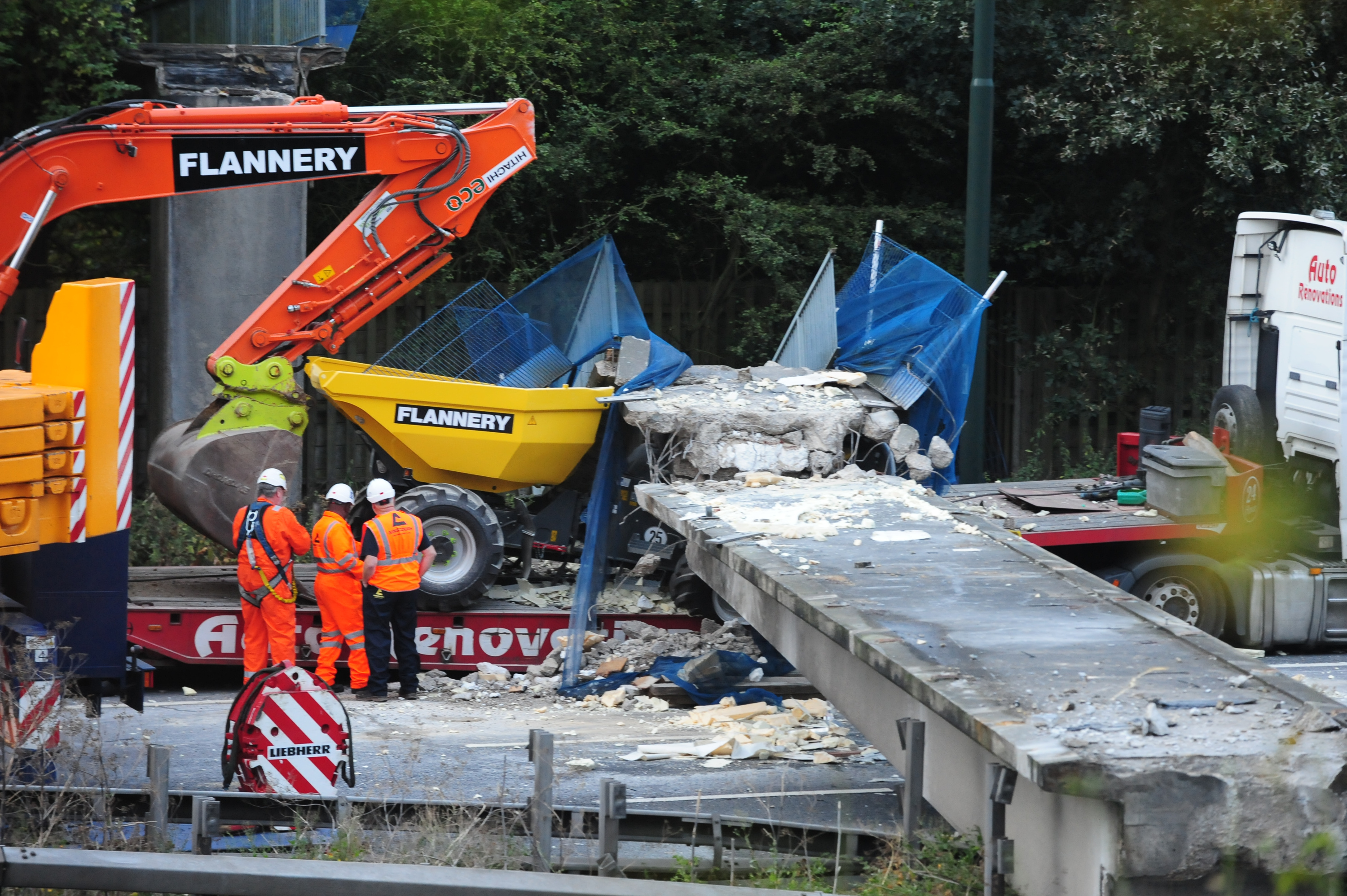 She said: "The way that bridge was designed means that part of it can stand structurally safely on its own.

"We've had chartered structural engineers inspecting it and actually brought in somebody else to give us a second opinion to make absolutely certain.

"We will be demolishing that section of the bridge and replacing the footbridge with a brand new one, but we are content it's safe to remain and we wanted to get the road open safely as quickly as possible."

Catherine confirmed they decided to leave the remaining section standing, because of the Bank Holiday traffic.

She said: "We always plan our roadworks very carefully to minimise disruption and that's why we decided to leave that section of footbridge in place and come back to it at a later date because we appreciate the roads will be busy for the rest of the Bank Holiday.

"We are now in the planning phase of that work and I anticipate the demolition to happen in the coming weeks.

"The replacement of the footbridge will be planned to minimise disruption as much as possible."