Majority of Portlanders feel police presence should increase or remain the same after year of protests: report

Stacey Gibson tells ‘Fox & Friends’ the damage has been ‘devastating’ for businesses in her community.

The majority of Portland residents feel that police presence in the Oregon city should increase or remain the same, according to researched obtained by Oregon Live/The Oregonian.

DHM Research surveyed 600 Portland metro area residents from April 30 to May 6 of this year and asked a variety of questions, including: “Thinking about the city of Portland broadly — not just downtown —do you think that the police presence should increase, stay at current levels, or decrease?”

The answers were broken down by whether the respondents lived in the city of Portland or the overall Portland metro area, and also by whether they felt that police presence should increase, decrease, stay at its current level or “don’t know,” according to Oregon Live/The Oregonian. 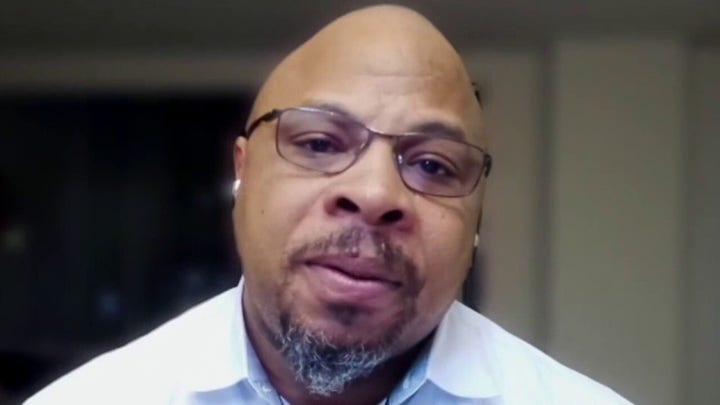 Out of all respondents, 15% said they felt the police presence should decrease, while 11% said they don’t know, the report said.

The question’s results had a 5.7% margin of error.

Tensions flared in Portland for as many as 100 days straight during the summer of 2020 as protesters called for an end to systemic racism and police brutality in the wake of several high-profile deaths. The unrest has continued in spates throughout the year and often descended into violence and destruction.

When asked whether respondents felt downtown Portland – where protests and riots have frequently broken out over the past year – “is more or less safe than it was 12 months ago,” 42% said it was “much less safe.”

Feel, majority, of, P, Portlanders
You may also like: