On Friday, Maldives current President Ibrahim Mohamed Solih said the blast was an attack on the country’s democracy and economy. He said AFP officers would arrive on Saturday. Neither Solih nor police gave further details about the attack and no one has claimed responsibility. 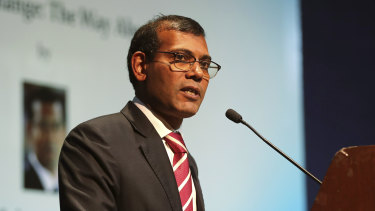 Nasheed, 53, was wounded in the blast as he was getting into his car outside his home on Thursday night, Male time, and was being treated in a hospital in the capital, Male, police said.

Maldive media suggested a home-made explosive device was planted on a motorcycle parked near his car. Photos circulated on social media showed a ripped-up motorcycle at the scene.

He was the first democratically elected president of the Indian Ocean archipelago. He ruled from 2008 to 2012. 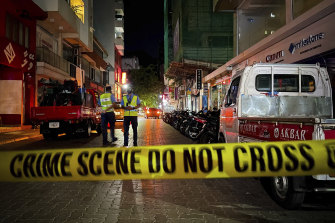 Neighbouring India’s External Affairs Minister S. Jaishankar in a tweet described the blast as an attack on Nasheed.

“Wish him a speedy recovery. Know that he will never be intimidated,” Jaishankar said.

Nasheed’s presidency ended a 30-year autocratic rule, but his own term was cut short when he resigned amid protests. He was defeated in the subsequent presidential election and became ineligible to enter the 2018 race because of time served in jail. His party colleague, Solih, won the vote.

Nasheed remained an influential figure and was elected Parliament speaker in 2019.

He has championed global efforts to fight climate change, particularly rising seas threatening the low-lying islands of his archipelago nation.

He has also been an outspoken critic of religious extremism in the predominantly Sunni Muslim nation, where preaching and practising other faiths are banned by law.

The Maldives is known for its luxury resorts but has seen rare violent attacks. In 2007, a blast in a park in the capital wounded 12 foreign tourists.

Violence has been blamed on a rise in religious extremism. The Maldives has one of the highest per capita numbers of militants who fought in Syria and Iraq.

Arrests have been made from time to time. Authorities announced in January that a group of eight arrested last November were found to have been planning to attack a school and were in the process of building bombs on a boat at sea.

blast, hu, leader, Maldives, That
You may also like: