Man, 56, appears in court charged with murdering woman, 58, in 2018 after family reported her missing from her £850,000 Norwich farmhouse last month

A 56-year-old man has appeared in court charged with the murder of a woman police said had been missing for a ‘significant period’ of time.

Stuart Williamson, who was arrested in Wales on Saturday, spoke only to confirm his personal details when he appeared at Norwich Magistrates’ Court on Tuesday.

Williamson is accused of murdering 58-year-old Diane Douglas between December 1 and December 31, 2018.

Ms Douglas, who lived in an isolated farm house in Colton – a village west of Norwich – was reported missing by family members on October 21.

Police said detectives from the Norfolk and Suffolk Major Investigation Team had declared the case a ‘no body’ murder investigation after inquiries revealed Ms Douglas had not been seen for a ‘significant period’.

Williamson was not asked to enter a plea to the charge and was remanded in custody to appear at Norwich Crown Court on Wednesday.

The bearded defendant, who appeared by video-link from Wymondham police investigation centre, remained seated throughout the brief hearing.

A police cordon remains in place at a property in Barford Road in Colton, where searches are ongoing. 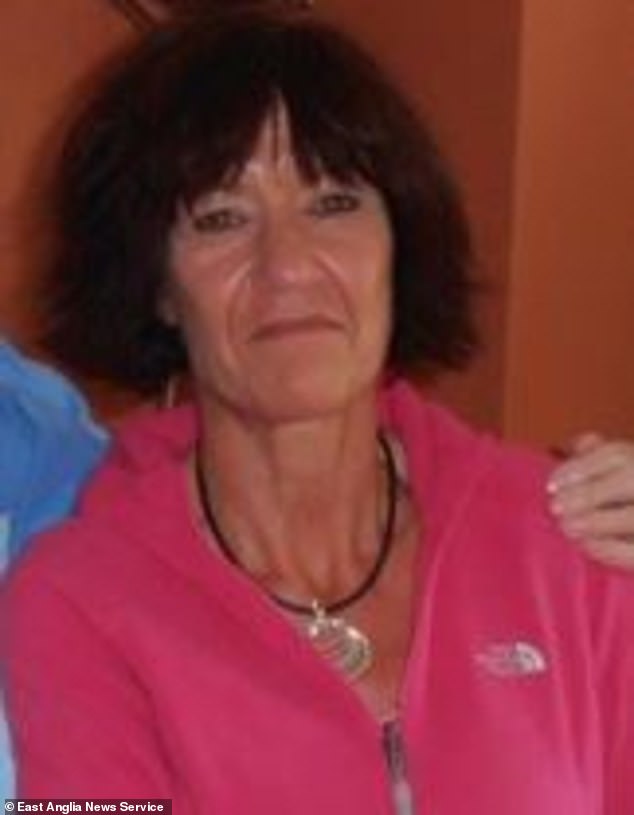 Stuart Williamson, from Colton, near Norwich, was charged with murder on Saturday night after Diane Douglas (pictured), 58, was reported missing 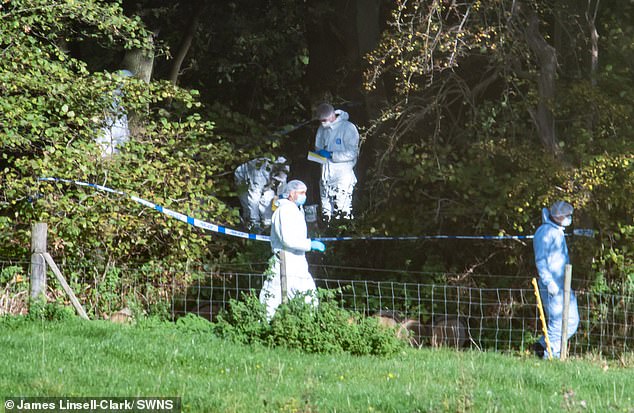 Det Insp Matthew Connick said: ‘Although we hope to find Diane alive, we do believe it is highly likely that she has come to harm as she has not been seen for a significant period of time, we have therefore launched a murder investigation.’

Police officers were hunting for evidence at her isolated home, named Meadow Farm in Colton near Norwich, Norfolk.

Officers are also standing guard outside the three-bedroom property, which is around 400 yards down a track on the outskirts of the village.

Villagers said the farmhouse, which overlooks a field with a herd of redpoll cattle, had been rented out for around ten years.

It is not known how long Ms Douglas had lived at the address, or when she was last seen.

A dog walker on a nearby footpath said: ‘The farmhouse used to be the home of a retired RAF officer, but has been rented since he moved out.

‘It is really very remote and cut off from the rest of the village. There are high hedges so you cannot really see whether someone is at home or not.’

The farmland around the house is said to be rented out to local farmers who keep cattle. 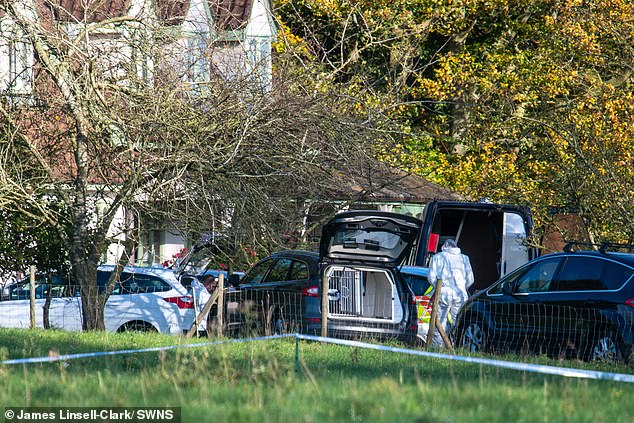 Police and forensics are today working at the farmhouse near Colton 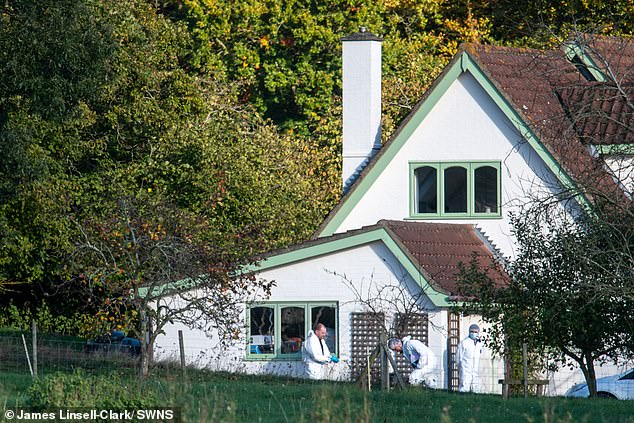 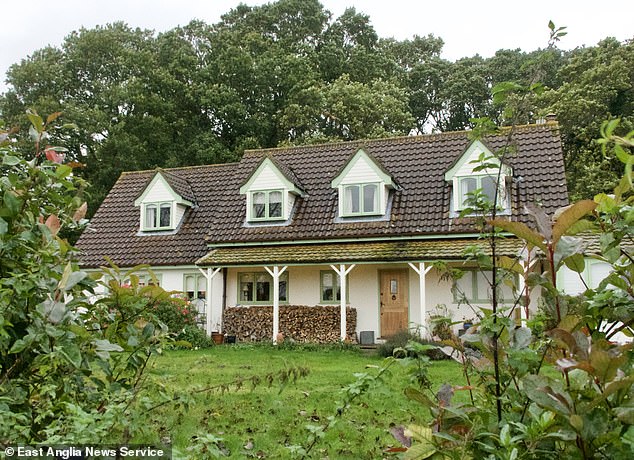 A Norfolk Police statement said: ‘The family alerted police after renewed attempts to contact her failed.

‘Officers have been making a number of enquiries since then in efforts to trace her, however detectives from the Norfolk and Suffolk Major Investigation Team have now declared the case a ‘no body’ murder investigation.

‘A 56-year-old man was arrested on Saturday evening in Wales on suspicion of her murder and is being brought back to Norfolk for questioning. Both parties were known to each other.’

Anyone with information should contact Norfolk Police on 101 quoting Operation Entity.