An elderly man accused of sexually abusing six boys at a Melbourne children’s home more than 40 years ago plans to contest the charges against him.

William Skelland, 81, was extradited this year from the United Kingdom to answer allegations he abused six boys at a home in Burwood in 1973 and 1974. 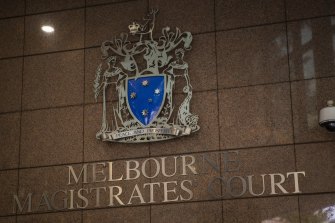 He faces 28 charges including multiple counts of buggery and indecent assault.

He was calm when he returned to the Melbourne Magistrates’ Court on Thursday and defence lawyer Josie Giarrusso said Mr Skelland wanted to fight the charges and “emphatically denies” some allegations.

“On the day of the last [court appearance] he was upset,” Ms Giarrusso told magistrate Donna Bakos.

“He is in custody and has been for a long time. He was feeling hopeless about the situation but since then has reflected on what he wants to do and his instructions remain the same.”

Ms Giarrusso said Mr Skelland disputed the allegations against him and wanted his lawyers to test the recollections of the men who have accused him. The complainants are now aged in their 50s and 60s, the court heard previously.

The complainants are to give evidence over a three-day hearing scheduled to start on February 7.

Ms Bakos remanded Mr Skelland in custody before the next appearance.