A driver who raced his friend in a 90mph street race has been found guilty of causing his death by dangerous driving.

James Dickson, 37, died after reaching speeds of more than 90mph in a 30mph zone before crashing into another car and some railings.

Craig Norman, who was driving a white Audi, had been pursuing Mr Dickson as the pair raced through Little Hulton in Salford.

Norman was able to brake the car and stop prior to the fatal collision, thus not colliding with Mr Dickson.

He was however charged with causing Mr Dickson’s death by dangerous driving. 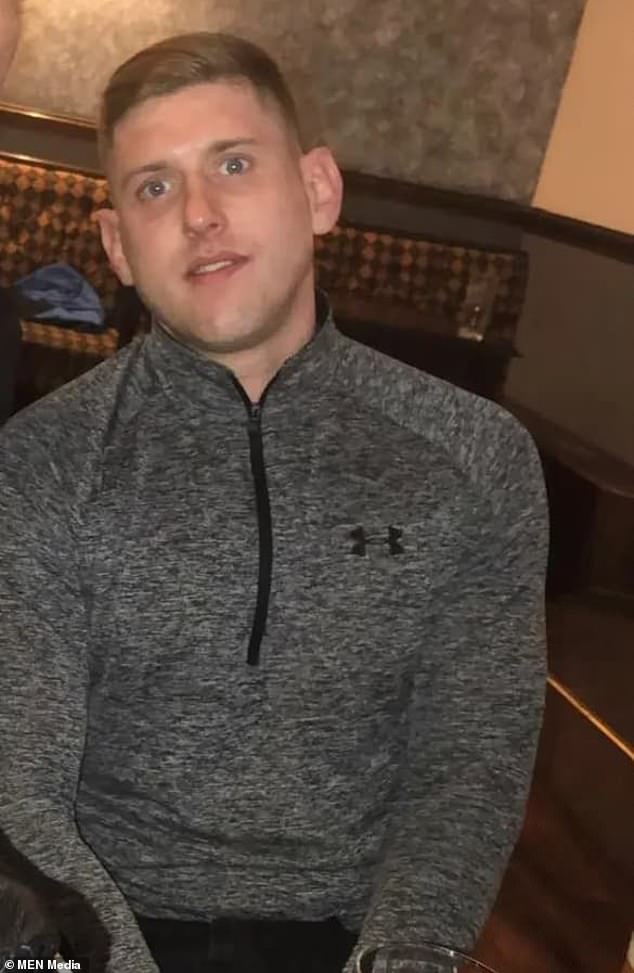 James Dickson (pictured), 37, died after reaching speeds of more than 90mph in a 30mph zone before crashing into another car and some railings.

Prosecutors accused him of contributing to the horror crash by racing Mr Dickson, who was driving a stolen Fiat 500 which had been taken weeks earlier.

After a trial at Manchester Crown Court, Norman, 45, was found guilty of the charge, which carries a maximum sentence of 14 years in prison.

Under a change to the law applied since the crash in June, drivers found guilty of causing death by dangerous driving now face a maximum sentence of life in prison.

Norman will be sentenced on Wednesday.

Prosecutors told how Norman and Mr Dickson were both driving along Manchester Road East towards Little Hulton at about 8.45pm on Sunday, June 19.

Norman noticed his friend as they stopped at some traffic lights, and he began ‘waving’ at him but the pair began to argue.

A witness heard Norman shouting towards the Fiat saying ‘I bought you a f***ing car’.

Norman would later tell police he was rowing with Mr Dickson ‘because of the state he was in, driving around in a stolen car’.

A woman working at the nearby Stocks Hotel pub said she could then hear ‘revving’, and when the lights turned green the cars both ‘sped off’.

She said that the cars were ‘clearly racing’. 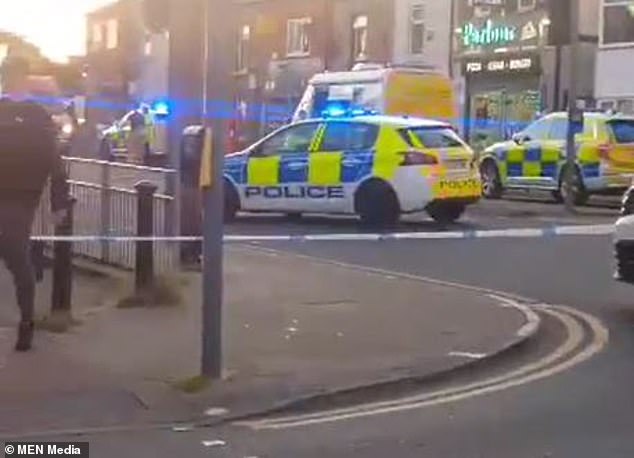 Prosecutors told how Norman and Mr Dickson were both driving along Manchester Road East towards Little Hulton at about 8.45pm on Sunday, June 19

The pair sped down the street as other motorists were on the road. One driver behind the wheel of a Toyota Aygo was ahead of the Fiat and Audi on the same stretch.

He heard a ‘loud bang’ and felt his car being struck from behind.

Mr Dickson died after suffering a fatal head injury when he crashed into the Aygo and some railings.

The front seat passenger in his car was thrown from the vehicle and suffered serious injuries but survived.

Prior to the collision, Mr Dickson had reached speeds of more than 90mph.

The Audi didn’t collide with any other vehicles but Norman did not stop at the scene.

At his trial, Norman, of Longshaw Drive, Little Hulton, denied he had been racing or that his driving had been dangerous.

‘It was a tragic accident. I am not at fault for it.’ But a jury rejected his case and he was found guilty.’