Man goes missing while on 4,000-mile hike to World Cup in Qatar 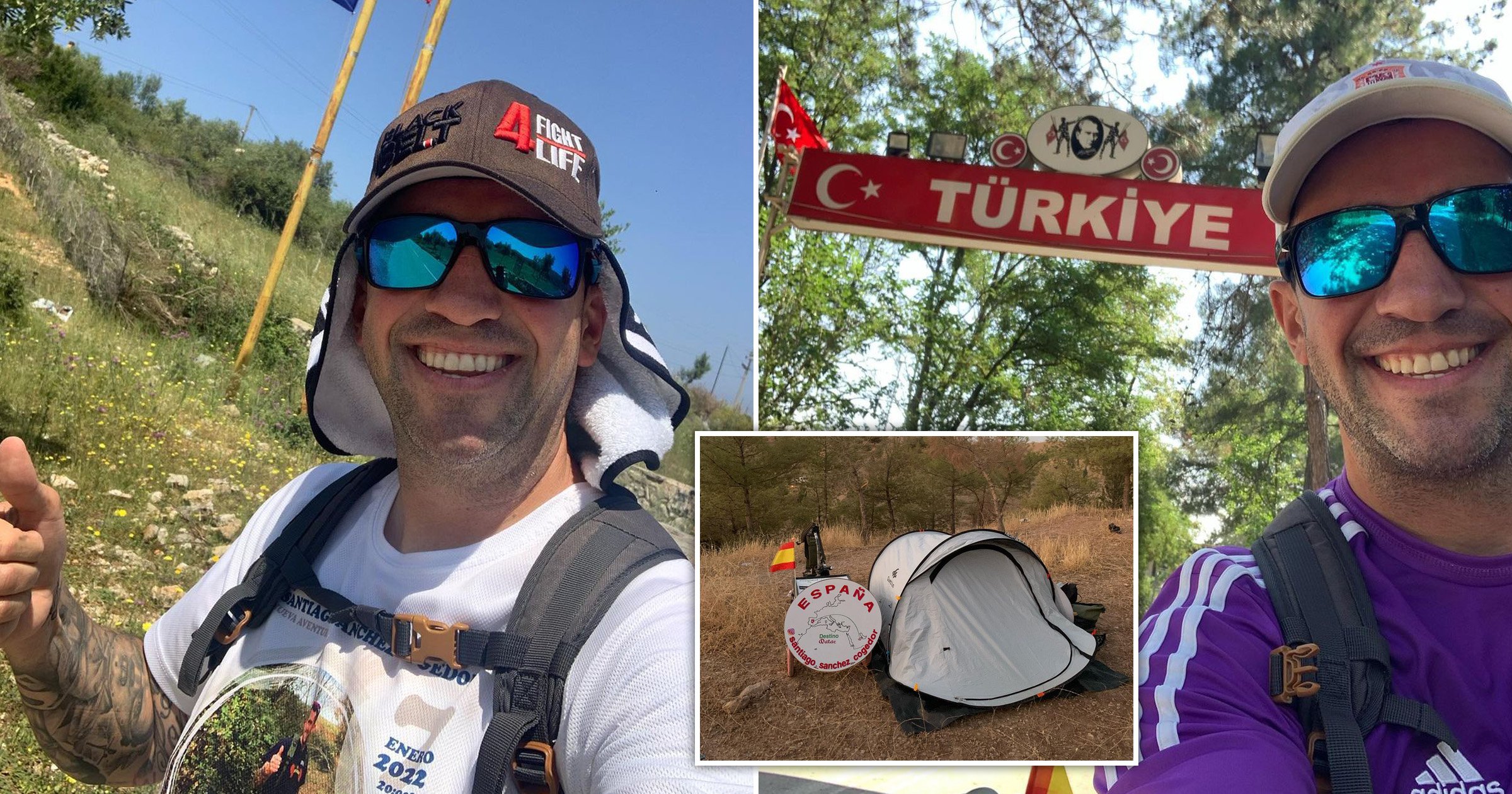 A Spanish football fan has gone missing while attempting to complete a 4,300 mile trek to Qatar.

Santiago Sanchez Cogedor was crossing Iraqi Kurdistan as part of a huge hike from Madrid to the World Cup tournament.

The ex-paratrooper has previously cycled to Saudi Arabia to watch his beloved Real Madrid and had already crossed five countries on his most recent endurance test.

But a friend told the Spanish press that he last spoke to him more than two weeks ago and fears are growing for the 40-year-old’s safety.

Close friend Miguel Bergado told El Mundo: ‘The last time I spoke with him was on October 1.

‘He sent me his location and he was in Iraqi Kurdistan, five kilometres from the border with Iran.’

Iran has been rocked by unrest following the death of a 22-year-old woman in police custody, with the state brutally cracking down on the protests which have swept the country.

Mr Bergado added: ‘My feeling is that because of the political issue they could have retained him in Iran for being a foreigner.

‘The Spanish embassy in Iran says some have been detained for taking photos of the unrest and maybe it’s been because of that.’

Mr Santiago, who left the army to try his hand at boxing before becoming a trainer, opted to enter Iran after deciding against trying to get into Saudi Arabia.

‘A mountain separates me from Iran which is the next country before I reach Qatar.’

He said the family had learned about his journey and met him en route, adding: ‘Children began to come running out of their houses and put a football at my feet so I played with them.’

The missing football fan left Alcala de Henares near Madrid on January 8 and was due to reach Qatar at the start of November.

He was hoping to meet some of the Spanish internationals when the tournament begins.

Speaking about his plans to reach Qatar on foot before he set out, he said: ‘I don’t measure my trips in terms of kilometres but in the families I get to know.

‘It’s not 7,000 kilometres from Madrid to Qatar but the people and their stories.’

Revealing he would be collecting rubbish along the way, he added: ‘Some say to me “You’re mad” but the person who’s mad is the one who does nothing for himself or for others.’