A woman has died in the Bacchus Marsh suburb of Darley after being critically injured on Saturday night.

A man aged in his 20s was taken into police custody and was assisting detectives on Sunday. 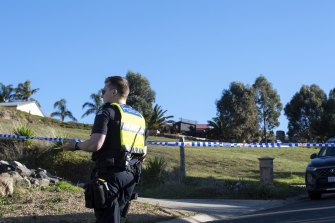 Police taped off the house in Egan Court, Darley.Credit:Penny Stephens

The homicide squad is investigating the circumstances of the woman’s death. She is believed to have been aged in her 60s.

Emergency services were called to an address in Egan Court about 10.30pm on Saturday. 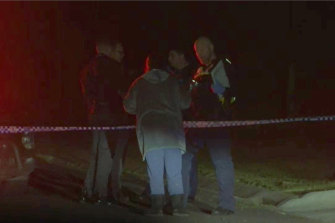 Police at the house where the woman, believed to be in her 60s, was found on Saturday night.Credit:Nine News

Police found the woman with critical injuries and she could not be revived.

Investigators say they are not looking for anyone else in relation to the matter.