SHOCKING footage showed a man being repeatedly booted in the head during Rangers fans' title celebrations in Glasgow.

Thousands of Gers supporters flocked to the city centre as their heroes lifted the Scottish Premiership trophy. 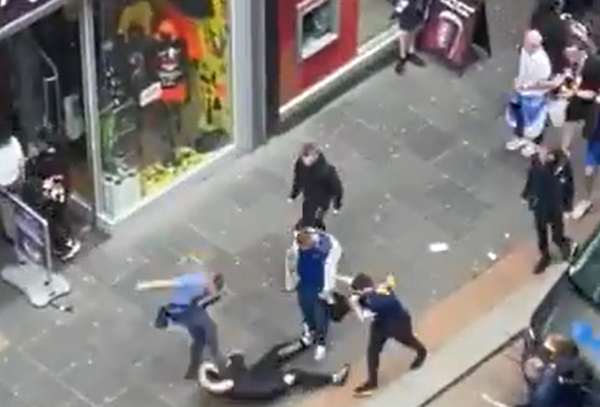 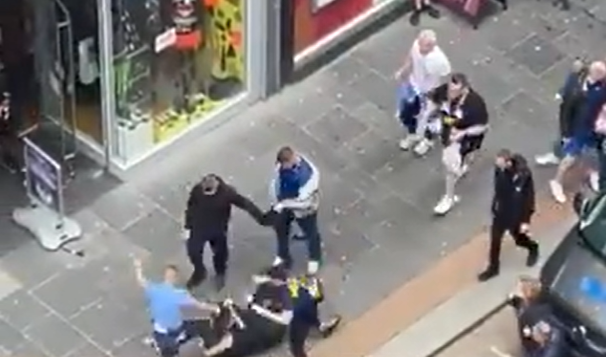 Scotland's police chief urged fans to "disperse" from a rammed George Square amid Covid rule breaking and "anti-social behaviour", including the use of pyrotechnics and public drinking.

And footage has now emerged of a scrap, believed to be amongst those celebrating. 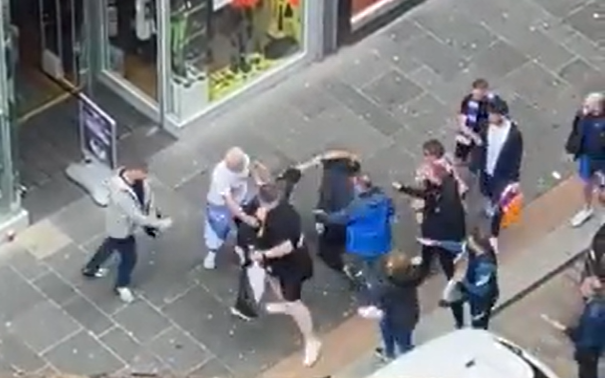 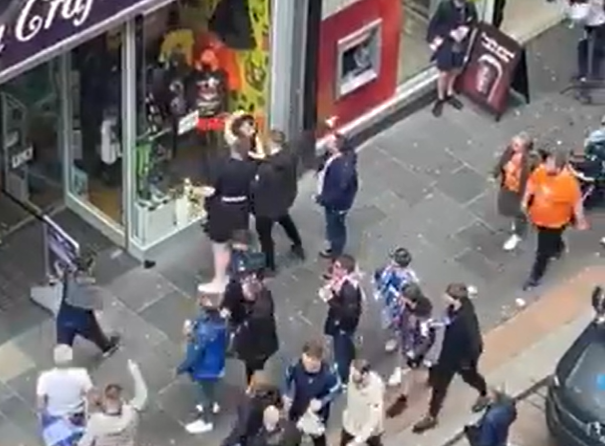 One man can be seen on the ground on Queen Street, with dozens of Rangers fans in the area.

Two men, seemingly heading towards George Square, are filmed kicking his head as he lies on his back, before a passerby steps in to push them away.

The victim attempts to scramble to his feet as one of his attackers attempts to land a final punch.

He is eventually able to stand up beside a shop front, but those helping him appear to urge him to get away from the situation.

It comes as a huge emergency service response was scrambled to George Square.

Fire engines and ambulances were spotted driving up Queen Street.

The emergency vehicles blared their sirens as they slowly made their way through disrupted traffic towards George Square.

Parts of the city centre ground to a standstill as Rangers fans made their way from Ibrox stadium to Glasgow city centre.

Public transport in the city centre has also been affected, with First Bus announcing "potential disruption" to certain routes.

And ScotRail issued a warning to potentially passengers, suggesting they should consider alternative transport out of the city due to the numbers of Rangers fans.