‘Let me go and I’ll start working for you for free’: Moment Indian student who thought he was meeting 14-year-old girl after grooming her breaks down and pleads to be freed after being snared by paedophile hunters

This is the moment a student who thought he was meeting 14-year-old girl for sex breaks down and pleads to be freed after being snared by paedophile hunters.

Minesh Patel was confronted by undercover group Guardians of the North before he offered to work for them in a bizarre bid to persuade them to let him go.

The 27-year-old had been engaging in sexual chat on WhatsApp with whom he believed to be a child.

Unbeknown to him, the youngster did not exist and he was actually in communication with paedophile hunters, who had disguised themselves as the underage girl.

He pleaded guilty to attempting to cause or incite a child into sexual activity and one count of attempted grooming.

Patel was sentenced to 28 months imprisonment, made subject to a sexual harm prevention order for ten years and must sign the sex offender’s list. 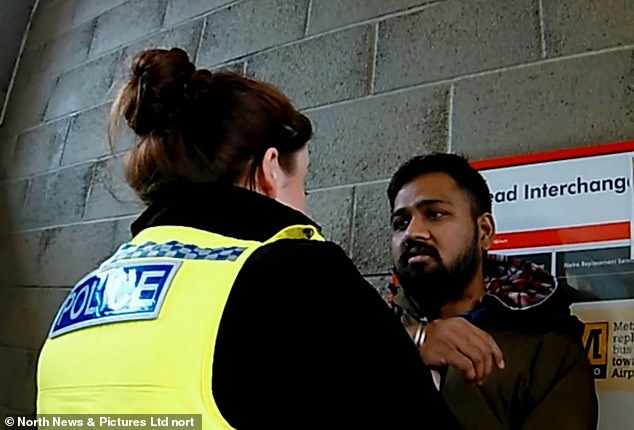 Minesh Patel, 27, was confronted by undercover group Guardians of the North before he was arrested

Patel had been on his way to meet who he thought was the child at Gateshead Metro Station but was confronted en route at the nearby interchange.

The group filmed Patel’s reaction as he repeatedly says ‘please sir’, tells them he has a ‘good past’ in his native India and that he is ‘new’ to this country as a student.

But one hunter replies: ‘Your studies are at end now, you will not be allowed to study criminology. Your studies will be terminated.’

Appearing to be at his wits end, Patel pleads: ‘I can work for you for free.’

The group member replies: ‘No, you cannot work for us for free. Not at all.’

Another one adds: ‘I can’t believe you just said that.’ 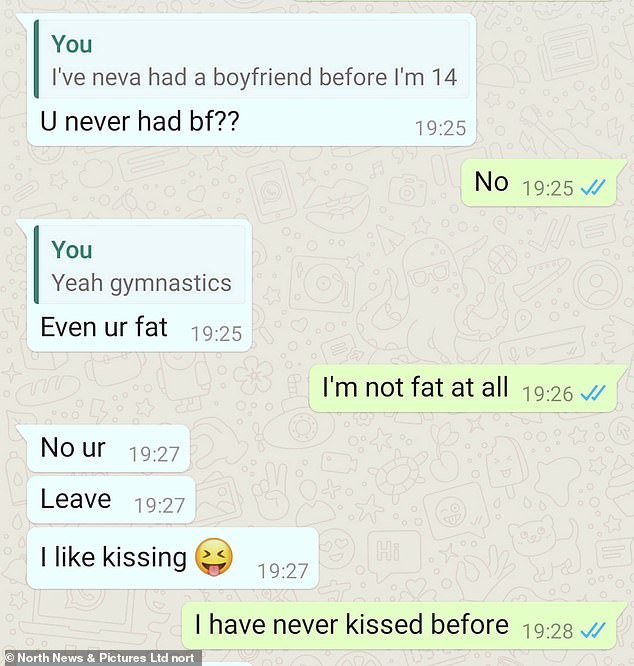 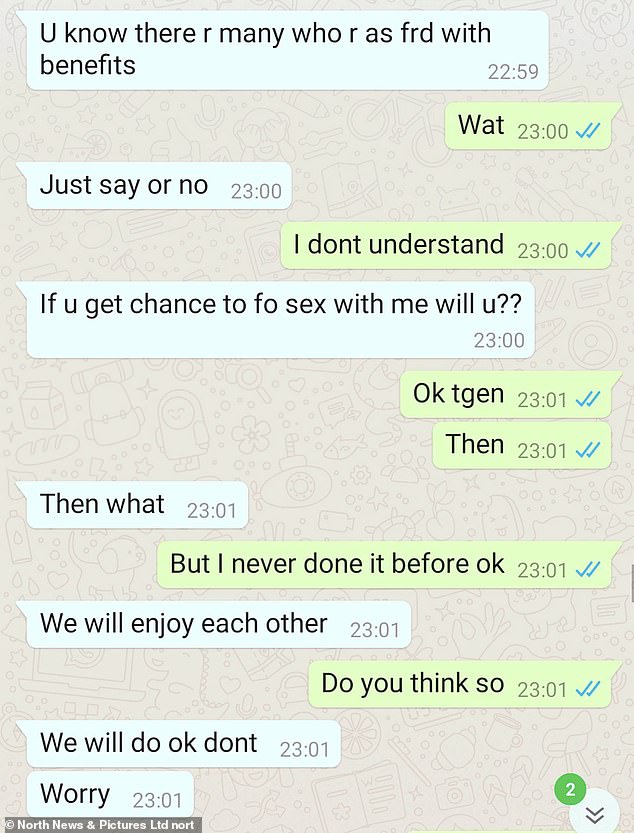 Prosecutor Tom Mitchell said: ‘Kay Bell is a member of that group and set up a decoy profile in the name Laurie purporting to be a 14-year-old girl.

‘On the 4th of February 2020 she was contacted by the defendant with the username rahulpatel 26 on the Meet 4 U internet site.

‘Shortly thereafter at three minutes past seven pm he sent her a WhatsApp message followed immediately by a message asking for photos.

‘On the 9th of February he asked to meet the girl and if she liked sex, saying that it was good for the health.’

Mr Mitchell added that Patel went on to ask about her clothing and underwear, and was persistent in asking for pictures which were refused. 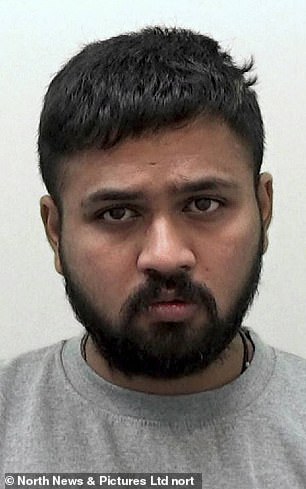 He also asked for money to be able to take a bus to her address in Chester-le-Street, County Durham but was told she had none because she was 14.

Mr Mitchell added: ‘Eventually they made an ‘agreement’ to meet at Gateshead Metro station on the 19th of February last year.

‘He arrived by bus and was recognised by the Guardians of the North members from the photo he had sent to the decoy.’

The court heard Patel initially denied meeting an underage girl for sex but then did make admissions, and said: ‘I’m sorry, I will not do it again let me go.’

Tony Cornberg, mitigating, suggested to the court that the best course of action would be to suspend any custodial sentence, or issue a community order to offer the best chance of rehabilitation, and that the offending was born out of Patel being isolated.

Mr Cornberg said: ‘Mr Patel is clearly someone of ability and someone who is well aware that he may have spoiled his chances of a career in this country.

‘He is supported by three family members in court. They appear to strike a balance between being supportive but clearly not condoning in any way what he did.’

The Judge told him: ‘You are clearly intelligent and of some ability and in the UK on a student visa doing a postgraduate programme.

‘You have family in this country and your remorse is also in connection to the effect upon them.

‘You believed the sites were for adults and didn’t expect children to come across on them.

‘But you were told by the decoy Laurie that you were communicating with a 14-year-old.’

The judge told him that the sentence passed was too long to suspend and only immediate custody was appropriate.

Patel has also been made subject to a sexual harm prevention order for ten years and must sign the sex offender’s list.

Gir, he, man, meeting, thought, was
You may also like: