Manchester airport and Ryanair blasted as disabled man was unboarded

The family of a disabled man have blasted Manchester Airport and Ryanair after he was removed from a flight and blamed for holding up other passengers.

Danielle Snowball, 27, was flying to Spain on Saturday along with her brother Gary Scholes, 40, and other relatives for a long-awaited holiday when the family were told that Gary was being ‘unboarded’.

The family had arranged special assistance for Gary, who requires the use of a wheelchair, when they booked their Ryanair flight to Mallorca weeks in advance.

But Danielle claims when they arrived at the departure gate at Manchester Airport, Gary was told by staff they didn’t have an aisle seat and would not allow him on the flight. 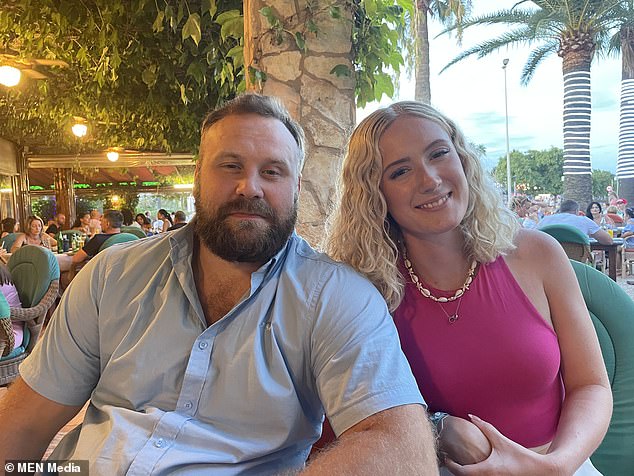 The family were looking forward to their long-awaited holiday to Mallorca. Pictured: Gary Scholes, 40 (left) with his sister, Danielle Snowball, 27 (right)

She says the family, from Halifax, West Yorkshire, later discovered he wasn’t able to board because wheelchair assistance arrived after the gate had closed.

The family say were forced to pay another £850 to book Gary and his partner onto the next available flight, and that the whole experienced has left them ‘disgusted.’

Danielle said: ‘When we booked on my brother you can log that they require special assistance. We booked this weeks ago so they will have had lots of notice.

‘When we got on the flight Gary and his partner still hadn’t been let on yet, then we got a call and he said that he was being unboarded from the flight.

‘They said they didn’t have an aisle chair for him, which is unacceptable because we alerted them that he was in a wheelchair.

‘Nobody gave him a proper explanation, it was like nobody cared.

‘Him and his fiancée were really upset.’

Danielle said the family had been waiting ‘ages’ to go on holiday together, and slammed the alleged treatment of her brother – which she says left him feeling distressed and humiliated. 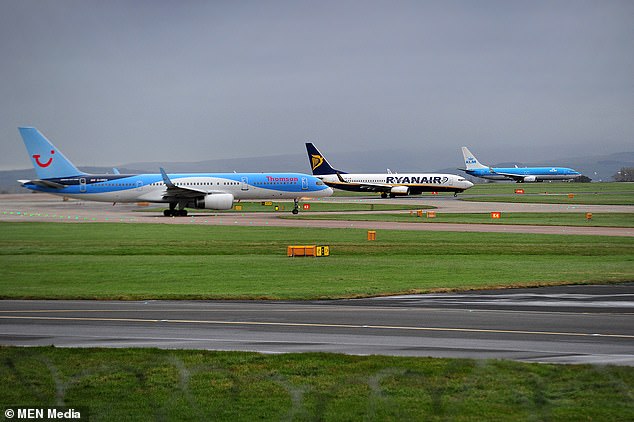 She said: ‘I am just appalled. Whilst trying to find out what was going on, we received no help from Ryanair or Manchester Airport staff as each tried to blame each other or another department.

‘We then found out the reason he was unboarded was due to wheelchair assistance arriving to him after the gate had closed.

‘Nobody seemed to care. Just before we took off my dad managed to book him on to the 12:55 flight but that cost £850 but it was the only way we could get him here.’ 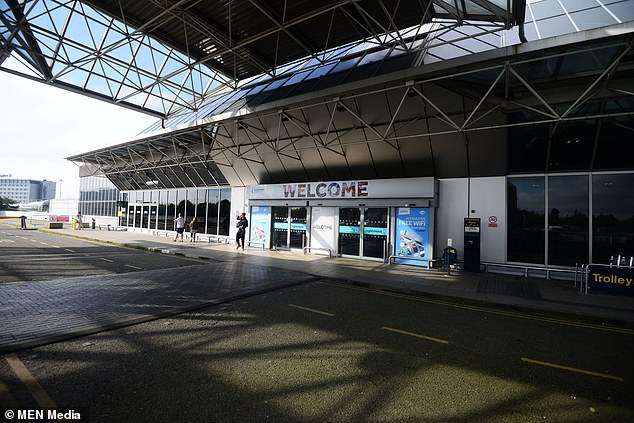 The family learnt that the real reason Gary was not allowed to board was that wheelchair assistance arrived after the departure gate had closed. This is despite the airline and the airport knowing weeks in advance that Gary requires the use of a wheelchair

They have since demanded an apology from both Ryanair and Manchester Airport and an explanation as to why Gary was treated this way.

Danielle said: ‘We just hope we can get all this resolved and that sharing what happened helps to improve the process they have in place for supporting disabled people and those who require special assistance.’

Ryanair said: ‘Special assistance at Manchester Airport is provided by ABM – not by Ryanair.

‘We sincerely regret the inconvenience caused to this passenger by ABM, who failed to provide the mobility equipment required by this passenger which resulted in him missing his flight, and who then wrongly failed to re-accommodate him on another flight.’