New York: The rape took place in a Syracuse, New York, park in 1981 and was described in raw detail in a memoir published nearly 20 years after it occurred, as the man convicted of the crime struggled to rebuild his life after his release from prison.

The book, titled Lucky, launched the career of author Alice Sebold, who later rose to international fame with The Lovely Bones, a novel that also centres on sexual assault and sold millions of copies. 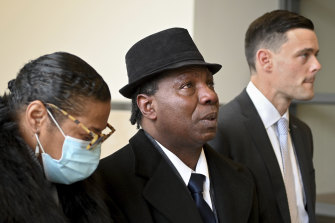 The man who was convicted of the attack, Anthony Broadwater, had always maintained he was innocent. On Monday, he was exonerated, as a state judge, his defence lawyers and the Onondaga County district attorney agreed that the case against him had been woefully flawed.

“It’s a long day coming,” Broadwater, 61, said Tuesday, recalling the years of stigma and isolation he faced as a registered sex offender.

He got married and sought work after spending 16 years in prison but found himself cut off from opportunities because of the conviction.

“On my two hands, I can count the people that allowed me to grace their homes and dinners, and I don’t get past 10,” he said. “That’s very traumatic to me.” 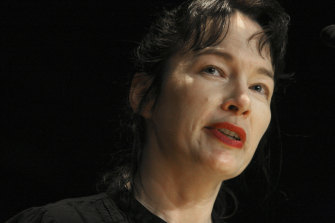 Author Alice Sebold wrote about the case in her memoir. Credit:AP

The attack took place when Sebold was a freshman at Syracuse University. She writes in Lucky which was published in 1999, about how she told campus security about the attack right away and went to police.

After evidence was collected from a rape kit, she described her assailant’s features to police, but the resulting composite sketch didn’t resemble him, she wrote.

Broadwater was arrested five months later, after Sebold passed him on the street and contacted police, saying she may have seen her attacker.

But she identified a different man as her attacker in a police lineup. In her memoir, she writes that Broadwater and the man next to him looked alike and that moments after she made her choice, she felt she had picked the wrong man. She later identified Broadwater in court.

Sebold used a fictitious name for Broadwater in her memoir, identifying him as Gregory Madison.

In their motion to vacate the conviction, defence lawyers David Hammond and Melissa Swartz wrote that the case had relied solely on Sebold’s identification of Broadwater in the courtroom and a now-discredited method of microscopic hair analysis.

They also argued that prosecutorial misconduct was a factor during the police lineup – that the prosecutor had falsely told Sebold that Broadwater and the man next to him were friends who had purposely appeared in the lineup together to trick her – and that it had improperly influenced Sebold’s later testimony.

The motion to vacate the conviction was joined by Onondaga County District Attorney William Fitzpatrick, who noted that witness identifications of strangers, particularly those that cross racial lines, are often unreliable. Sebold is white and Broadwater is black.

“I’m not going to sully these proceedings by saying, ‘I’m sorry,’” Fitzpatrick said in court Monday. “That doesn’t cut it. This should never have happened.”

State Supreme Court Justice Gordon Cuffy agreed, and overturned Broadwater’s conviction of first-degree rape and five related charges. He will no longer be categorised as a sex offender.

Sebold had no comment on the decision, a spokesperson for Scribner, which published Lucky, said. The spokesperson said that the publisher had no plans to update the text.

A planned film adaptation of Lucky played a role in raising doubts about the case against Broadwater.

Timothy Mucciante was working as executive producer of the adaptation of Lucky but began to question the story that the movie was based on earlier this year, after he noticed discrepancies between the memoir and the script.

“I started having some doubts, not about the story that Alice told about her assault, which was tragic, but the second part of her book about the trial, which didn’t hang together,” Mucciante said.

Mucciante said he ended up leaving the production in June because of his scepticism about the case and how it was being portrayed.

He hired a private investigator, Dan Myers, who spent 20 years working for the Onondaga County Sheriff’s Office and retired as a detective in 2020, to look into the evidence against Broadwater and became convinced of Broadwater’s innocence.

Myers suggested they bring the evidence they gathered to a lawyer and recommended Hammond, who reviewed the investigation and agreed there was a strong case. Around the same time, Broadwater decided to hire Hammond based on the recommendation of another local lawyer.

Broadwater, who was released in 1998, had been scrimping and saving to hire lawyer after lawyer to try and prove his innocence.

He said that he and his wife, Elizabeth, had wanted to have children, but he felt they could not given the stigma of his conviction.

Broadwater recalled that he had just returned home to Syracuse from a stint serving in the Marine Corps in California when he was arrested. He was 20 years old at the time.

He had gone home because his father was ill, he said. His father’s health worsened during the trial, and he died shortly after Broadwater was sent to prison.

“I just hope and pray that maybe Ms Sebold will come forward and say, ‘Hey, I made a grave mistake,’ and give me an apology,” Broadwater said.

“I sympathise with her,” he said. “But she was wrong.”

This article originally appeared in The New York Times