March of the mega-cities! By 2050, 14 more cities will have a population of over 10 MILLION – including Chicago – bringing world’s total to 37

By 2050, it’s predicted that 70 percent of the world’s population will live in mega-cities, according to the Institute for Economics & Peace.

The status is typically given to a city with a population of more than 10 million – which are often beset with problems such as pollution, congestion and overcrowding.

There are currently 33 such cities in the world, the biggest being Tokyo, with a population of 37.3 million. A total of 19 of the world’s current mega-cities are located in Asia.

Those cities will be joined by 14 others by 2050, marketing and consumer data group Statista says. Cities that will see marked growth in populations include Chicago, London and Tehran. 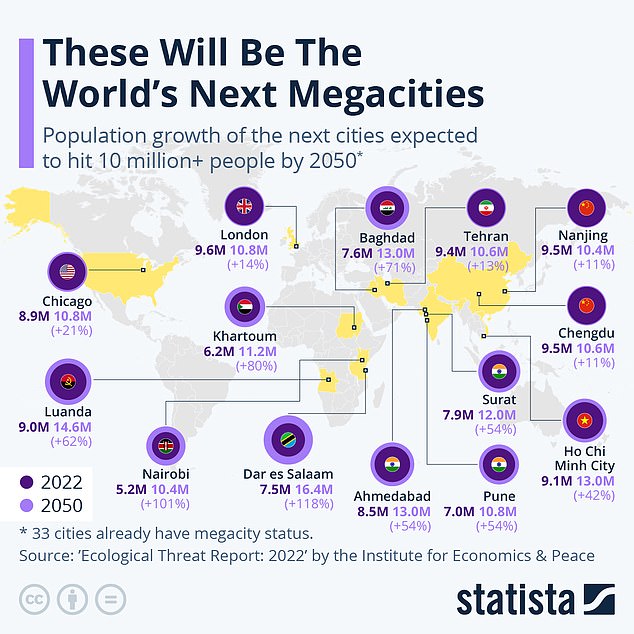 The biggest increase will be in Dar es Salaam in Tanzania, where the population is expected to rise from 7.5 million to 16.4 million between now and 2050.

The nation of Tanzania will account for more than half the world’s population growth between now and 2050, along will fellow African nations, Ethiopia, Nigeria and Congo.

The same report put the current U.S population at 337 million, reaching 375 million in 2050. The population growth rate in 2021 was just 0.1 percent, the lowest since the country was founded.

The only place in the U.S. that is expected to join the megacities ranks is Chicago, where the population is expected to balloon more than 20 percent from 8.9 million to 10.8 million.

The Windy City will join the only other three North American cities on the list, Los Angeles, New York City and Mexico City. 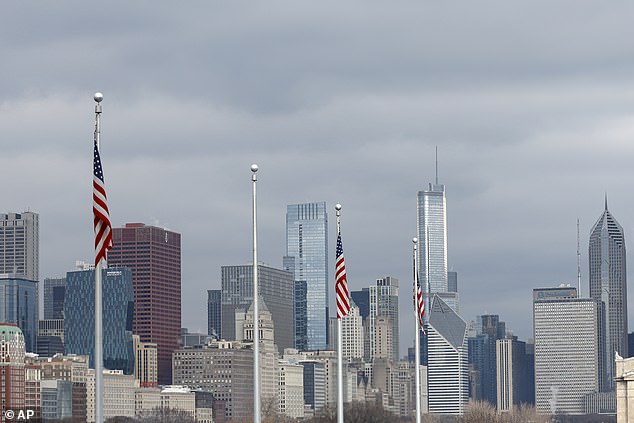 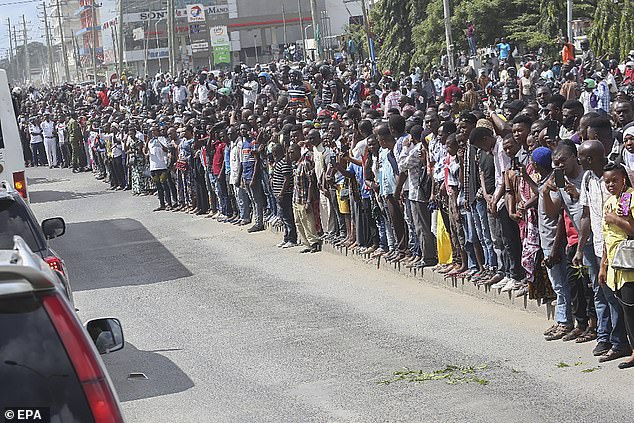 Other countries rounding out the list with the fastest growing populations are Egypt, Pakistan, the Philippines and India, which is set to overtake China as the world’s most populous nation in April 2023.

In 2021, the United Nations identified 34 megacities in the world. The UN predicted that the number would rise to 48 by 2035.

The same report said that 85 percent of the earth’s population will be living in cities by the year 2100.

The Statista report says that of those cities, only three will see a population decrease between now and 2050, Moscow will lose three percent while Osaka and Tokyo in Japan will lose 12 percent.

Despite the drop off, Tokyo will still be the world’s fourth largest city in terms of population. 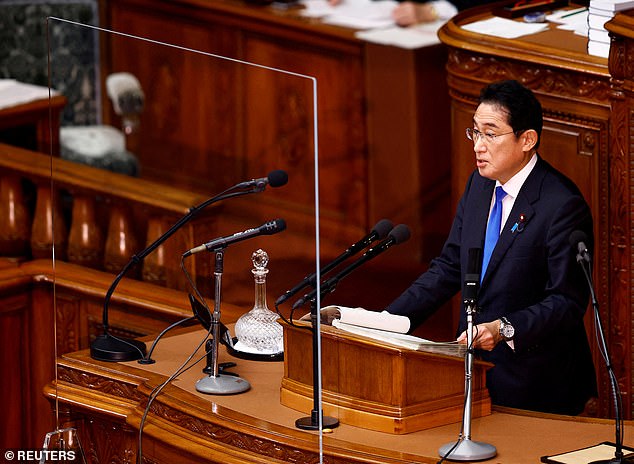 Japanese Prime minister Fumio Kishida pledged on Monday to take urgent steps to tackle the country’s declining birth rate, saying it was ‘now or never’ for one of the world’s oldest societies.

Japan has in recent years been trying to encourage its people to have more children with promises of cash bonuses and better benefits, but it remains one of the most expensive places in the world to raise a child, according to surveys.

In another megacity, Kinshasa, where more than 12 million people live, many families struggle to find affordable housing and pay school fees. While elementary pupils attend for free, older children’s chances depend on their parents’ incomes.

Even as populations soar in some countries, the U.N. says rates are expected to drop by 1 percent or more in 61 nations.