Follow
Home » World News » Mariah Carey's 'All I Want For Christmas Is You' sets records, keeps the star in green

Mariah Carey's 'All I Want For Christmas Is You' sets records, keeps the star in green

Mariah Carey’s “All I Want For Christmas Is You” is the gift that keeps on giving.

The seemingly timeless tune first hit the airwaves in 1994, but it took a whopping 25 years before the track finally reached number one on the Billboard Hot 100 list in 2019.

The song climbed its way back to that top spot again in December 2020, and just just hit number one for a third time — becoming the first song in the chart’s history to have led in three distinct runs on the ranking, the outlet reported.

The fervor over the holiday tune has bled into streaming performance.

According to music analytics platform Chartmetric, "All I Want for Christmas" has continuously surged in Spotify (SPOT) popularity both post-Halloween and post-Thanksgiving with peaks right around New Year's Eve.

So far, the song has over 975 million streams on the platform, with a trajectory to cross 1 billion by the New Year, the company added. 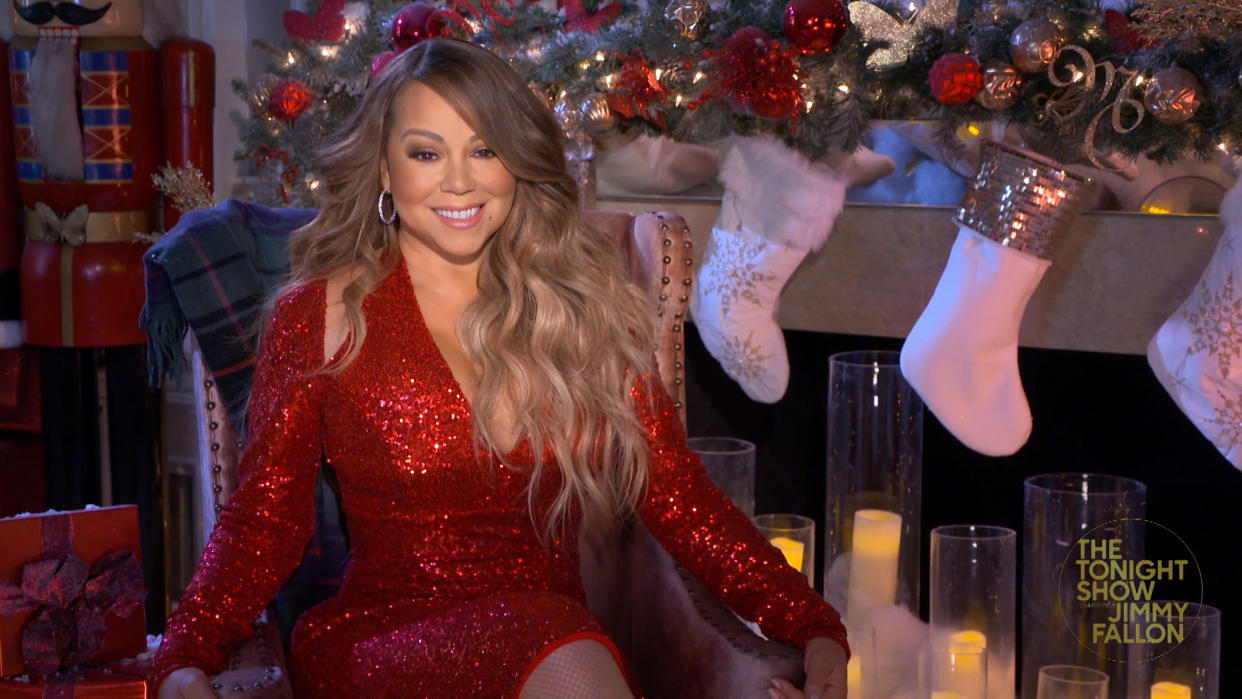 The streaming revolution has added serious cash to the singer's pockets.

According to MRC Data, Carey earns at least 1¢ every time the song plays. In 2019, she made a whopping $1.7 million from streams alone. In 2020, that number grew to $1.9 million. The pop star's projected to make even more this year, as streaming continues to balloon royalty figures, and add passive revenue to artists’ paychecks.

In total, Carey has amassed a reported $60 million-plus in streaming income over the years — which doesn't even include extra cash through album sales, downloads, licensing and other types of royalties.

It's a cultural phenomenon, too, as the track has inspired a children’s book, an animated film, a new Amazon Music (AMZN) documentary, and lucrative brand deals.

And the chanteuse's cachet is extending beyond music. McDonald's (MCD) announced a limited-time "Mariah Menu" for the holidays, featuring a different, free menu item that consumers can enjoy each day through Christmas Eve — with a $1 minimum purchase on the McDonald's mobile app.

The Golden Arches has been aggressively cultivating customer loyalty with a range of diverse celebrity partnerships — but has never released a full, celebrity-based menu before, until now.

Talk about a ‘ho-ho-ho’-ole lot of marketing gold.