WASHINGTON – A federal judge has thrown out former White House chief of staff Mark Meadows’ challenge to a subpoena from the House committee investigating the Capitol attack on Jan. 6, 2021.

Meadows initially cooperated with the committee by providing 1,000 emails and 2,300 text messages about the attack. But he later decided not to testify and fought the subpoena for a variety of reasons, including executive privilege and whether a senior presidential aide can be compelled to testify before Congress.

But U.S. District Judge Carl Nichols ruled Monday that the committee was justified in subpoenaing Meadows.

“Without a doubt, the Select Committee’s investigation of the January 6th attack is legitimately tied to Congress’s legislative function,” wrote Nichols, who was appointed by Meadows’ boss, former President Donald Trump. “The record makes clear that the challenged subpoenas are protected legislative acts under this test.” 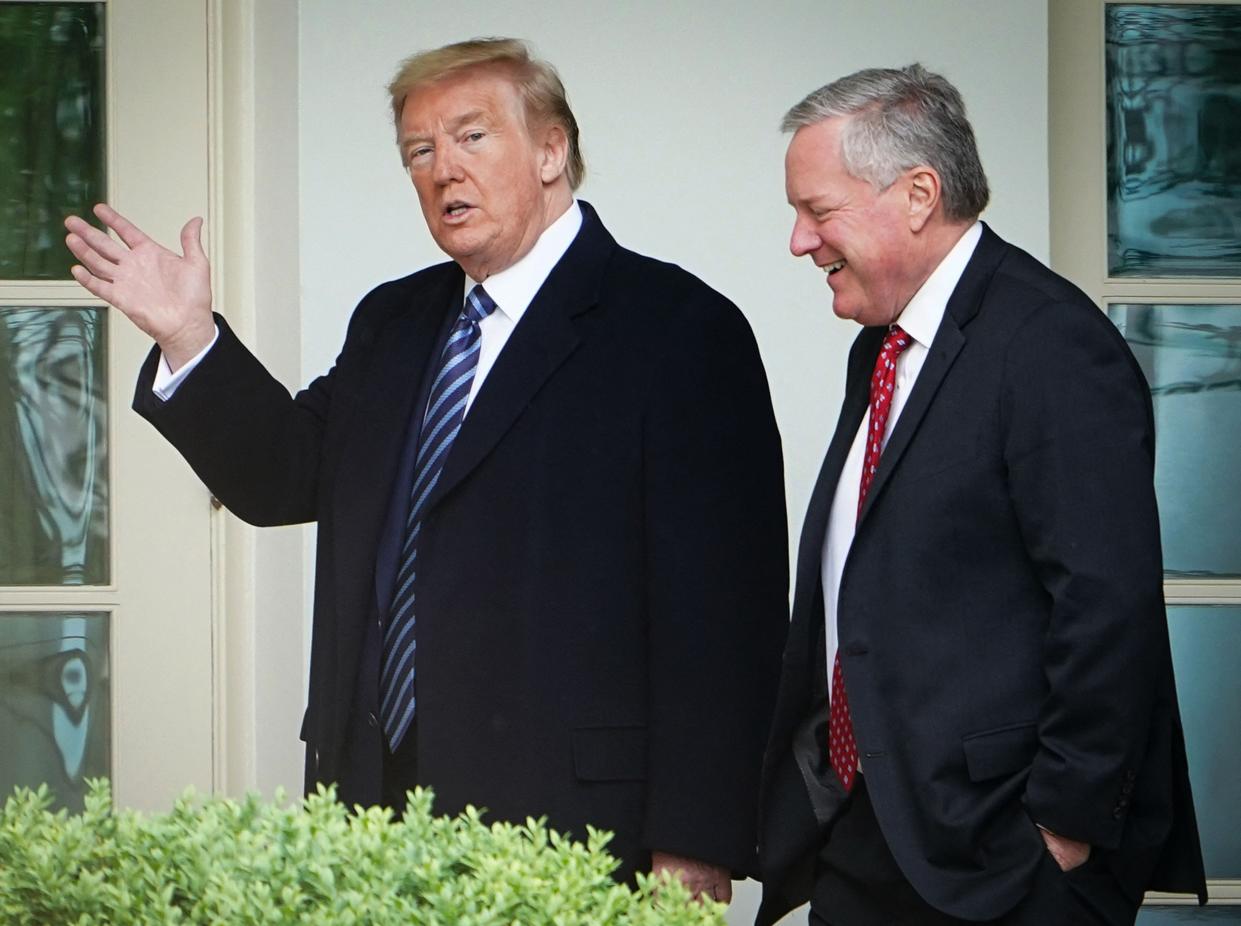 The lawsuit was one of two dozen that challenged the committee’s validity and authority. But judges at the district and appeals levels have upheld the panel’s legitimacy and the Supreme Court refused to hear a challenge from Trump to a subpoena for documents from the National Archives and Records Administration.

Meadows could appeal the decision. His lawyer didn’t reply immediately to a request for comment.

A Jan. 6 committee subpoena to Trump awaits his response, with deadlines Friday for documents and Nov. 14 for testimony.

The panel subpoenaed Meadows – along with his phone provider, Verizon – for documents and testimony on Sept. 23, 2021. The chairman, Rep. Bennie Thompson, D-Miss., said Meadows could provide “critical information” about what Trump was doing Jan. 6, 2021 and leading up to the riot.

Trump invoked executive privilege Oct. 6, 2021, to block Meadows’ testimony, under the doctrine to keep communications between a president and his aides confidential. But President Joe Biden declined to assert executive privilege or any immunity for Meadows.

Meadows filed his federal lawsuit Dec. 8, 2021. He challenged the committee as invalid because it has fewer members than the House authorized and because none were nominated by Republicans. He also argued the committee has no “valid legislative purpose,” as required for subpoenas.

The House voted to hold Meadows in contempt. But the Justice Department decided not to charge him criminally for his defiance, like political strategist Steve Bannon and former trade adviser Peter Navarro.

Nichols ruled Meadows couldn’t block the subpoena because of a provision in the Constitution called the “speech and debate clause.” The provision typically protects the speech of lawmakers when acting in their official capacity.

Nichols cited appeals court decisions that found the provision also protected all legislative acts including conduct in committees and issuing subpoenas. House lawyers insisted lawmakers had an “ironclad argument” in favor of the speech and debate clause protecting their subpoena. Nichols found Meadows provided “no clear argument that the immunity is inapplicable.”