Married drama teacher, 54, who had a sexual relationship with former pupil after she left college is banned from the profession for life

A married drama teacher has been banned for life after having a sexual relationship with a female pupil.

A Teaching Regulation Agency (TRA) disciplinary panel heard that Robin Kyne was a teacher and later the assistant principal at Regent College in Leicester from 2004 until 2010.

In January 2019 Pupil A told a witness at Leicester City Council who employed Kyne that she had a sexual relationship with him after she left the college.

The panel found that Kyne, now 54, failed to maintain appropriate professional boundaries and physical contact with her between 2005 and 2007.

The panel studied 467 pages of Facebook messages exchanged between them in which he said ‘you know I’ve always had a bit of a crush on you’, and that a present she was planning to give him ‘might be you in a thong or something’.

The hearing was told the messages ‘very quickly became graphic and sexual in nature’. 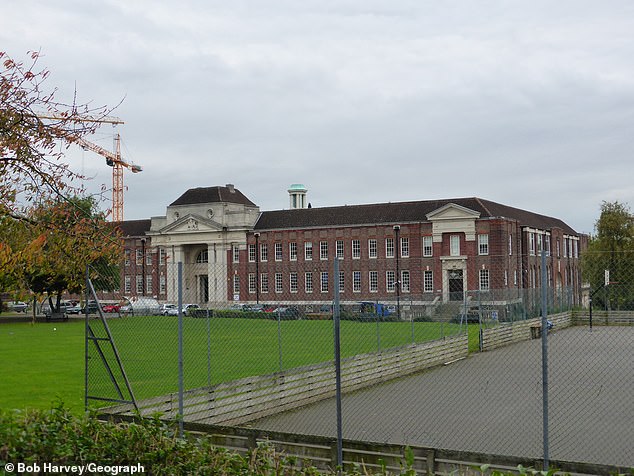 He asked her to send a picture of herself to him to cheer him up because he was bored, initiated a quickfire quiz in which questions were sexual, and asked her what she thought would happen if they had sex, before asking ‘when are we going to do it?’

By August 2007 he told he missed her adding ‘Can’t wait to see you again, can’t wait to be inside you xx’ and told her ‘You’re a sexy woman, I don’t care if you don’t do compliments’.

By the end of the month he messaged her saying he had a ‘Fascination with your boobs is a relatively new thing since the ability to actually kiss them has emerged’.

As the months went on he called her ‘boo’ and messaged her saying: ‘Still wish I was in bed with you’.

He also kissed her and touched her bottom.

Kyne did not deny entering a relationship with the girl but said it started seven months after she had ceased to be his student and had left the college.

The panel was told in October 2007 they had sex and later met up at his work conferences or at his house when his wife was away.

They also found that Kyne asked or pressured the vulnerable girl to buy and transport drugs for him between September and December 2007.

They ruled that Kyne’s conduct was of a sexual nature and was sexually motivated.

He has been banned from teaching for life.

Decision maker Sarah Buxvey said: ‘Ultimately the panel considered Mr Kyne’s actions amounted to exploitation of trust; Pupil A was his student and she was vulnerable.’