TWO people ended up in the sea when a mass brawl erupted in Ibiza after Brits were reportedly banned from a party boat.

The fight saw brawlers punching each other and rubbish bins being used as weapons in the popular resort of San Antonio. 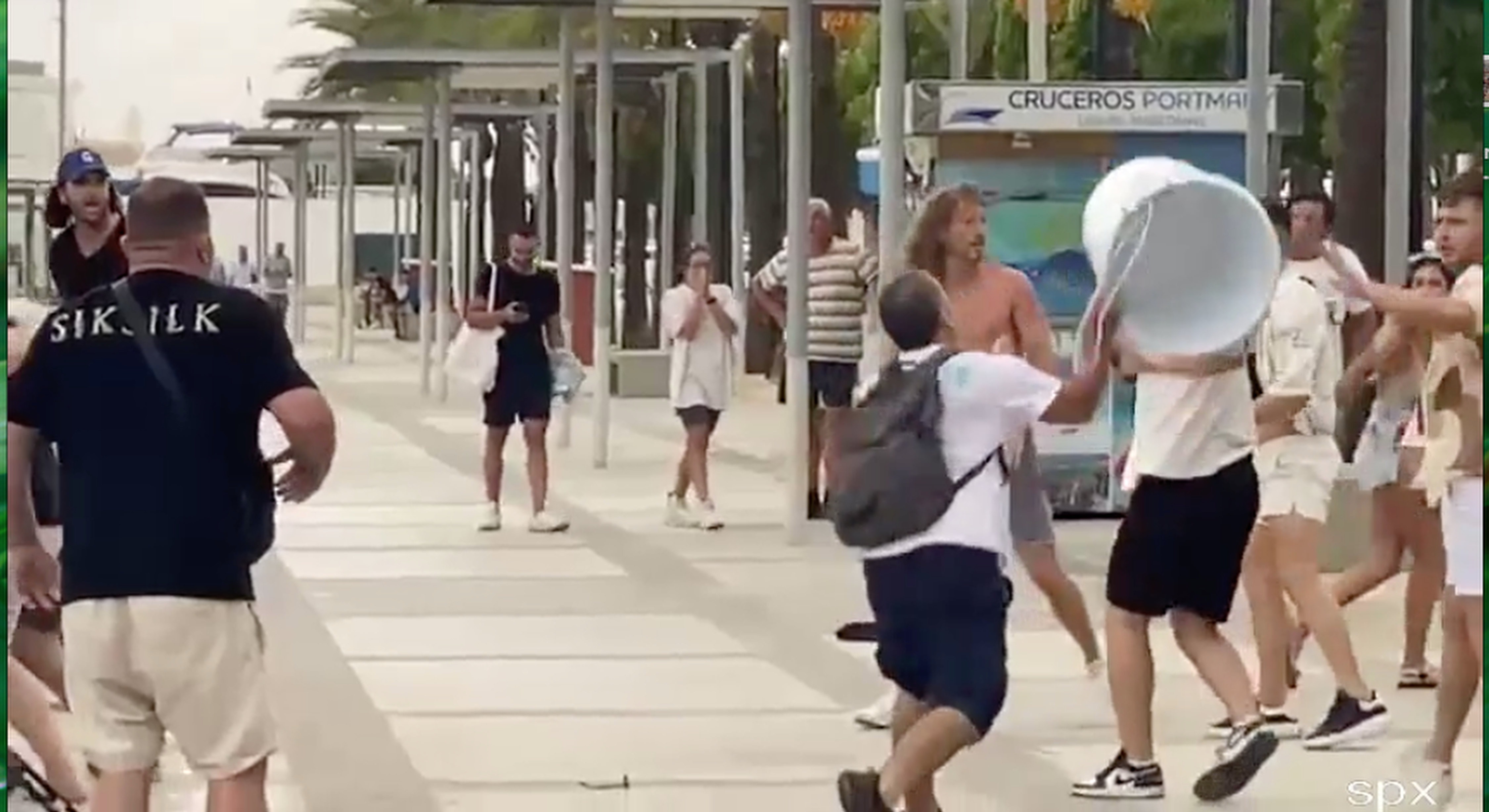 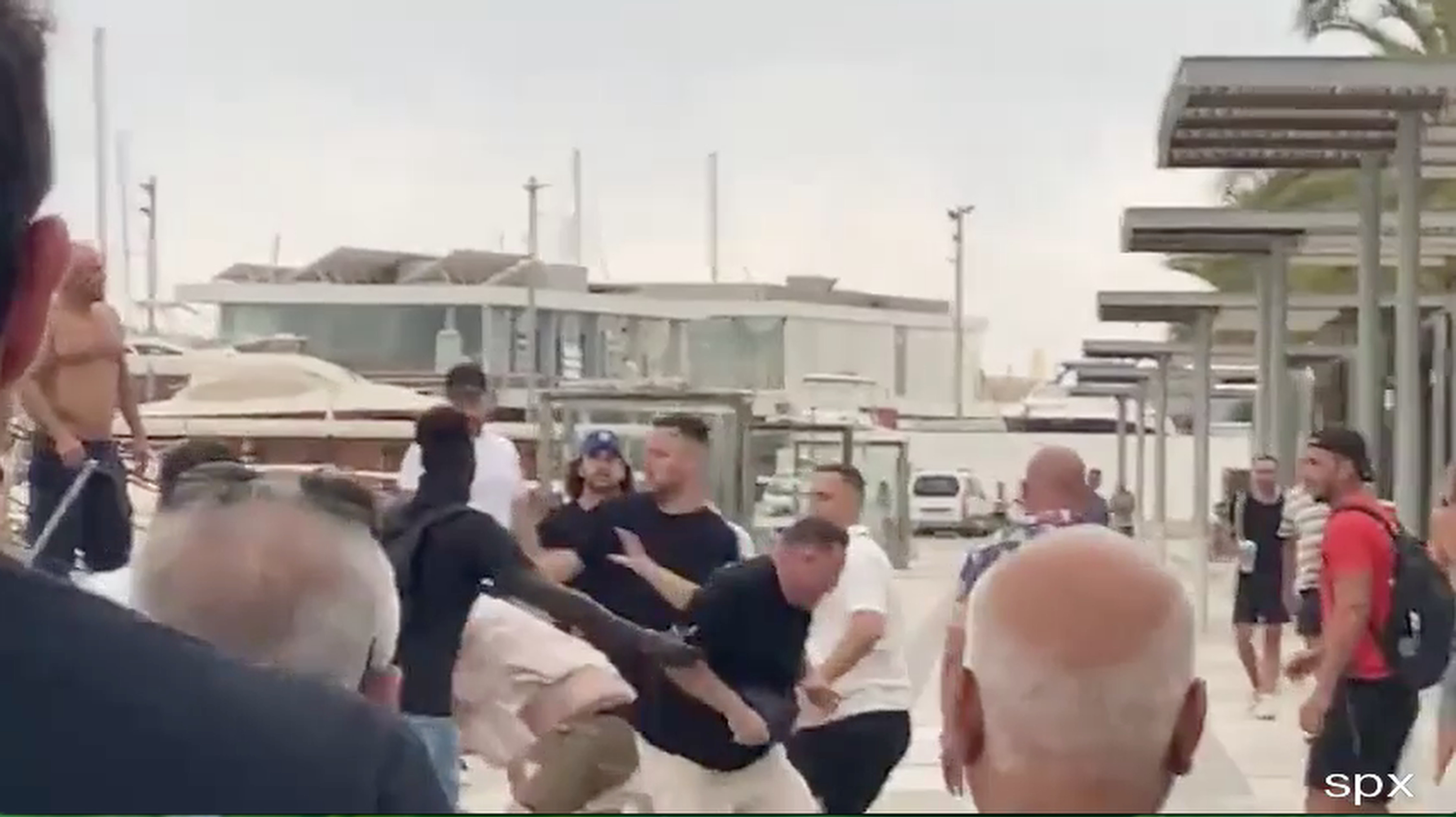 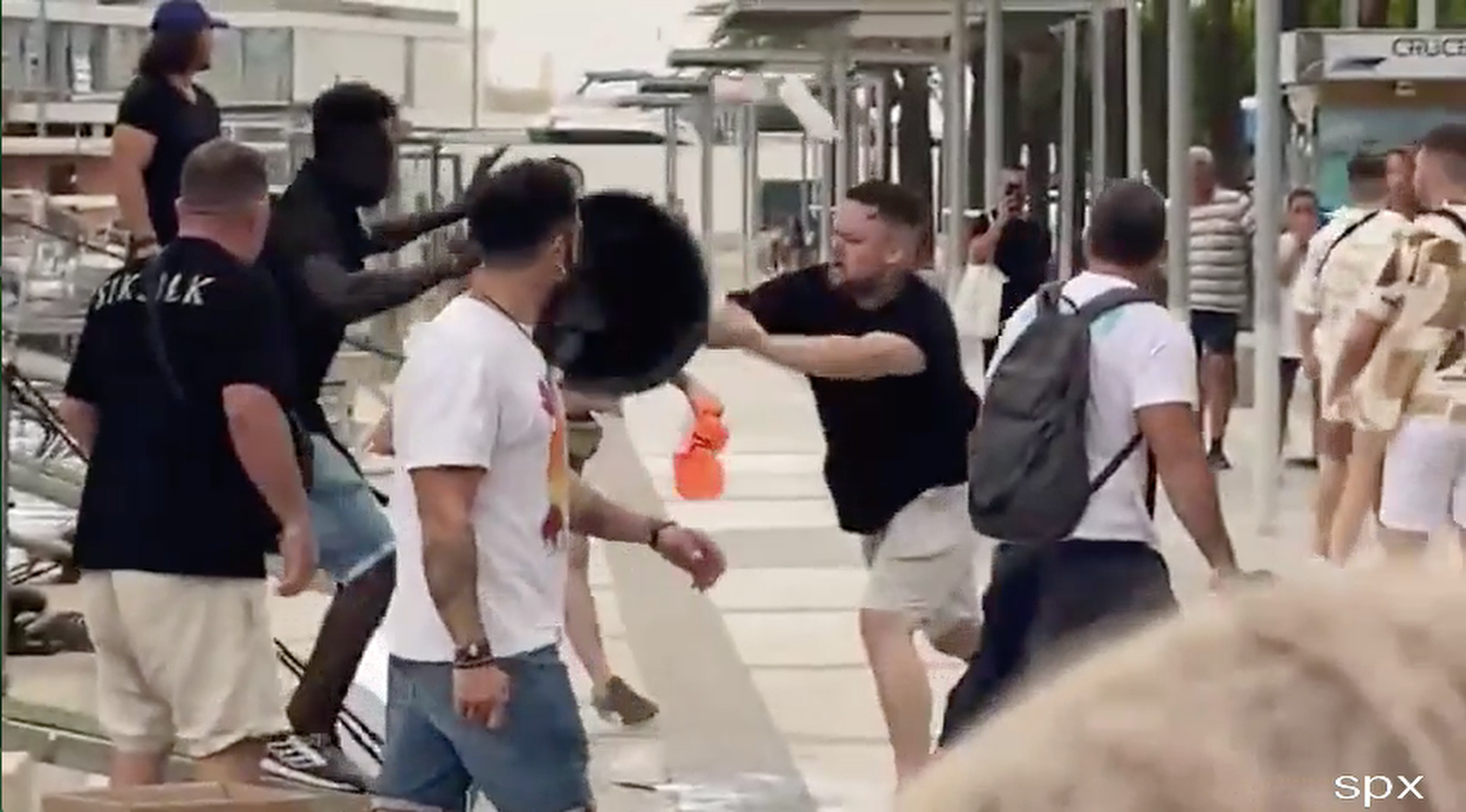 It appears that the brawl started when security staff denied entry to a tourist because he was too drunk and his friends attacked them in response.

Dramatic footage from the scene shows a tourist hurling a rubbish bin at a member of staff who then throws it back at him.

Police raced to the area but the fight was already over by the time they arrived and no arrests are believed to have been made.

A spokesman for the firm Nautilus Ibiza, which ended up cancelling the sunset cruise in the aftermath of the drama, told local press violence flared when security staff prevented a tourist from boarding because he was too drunk and his group of ten friends responded by attacking them. 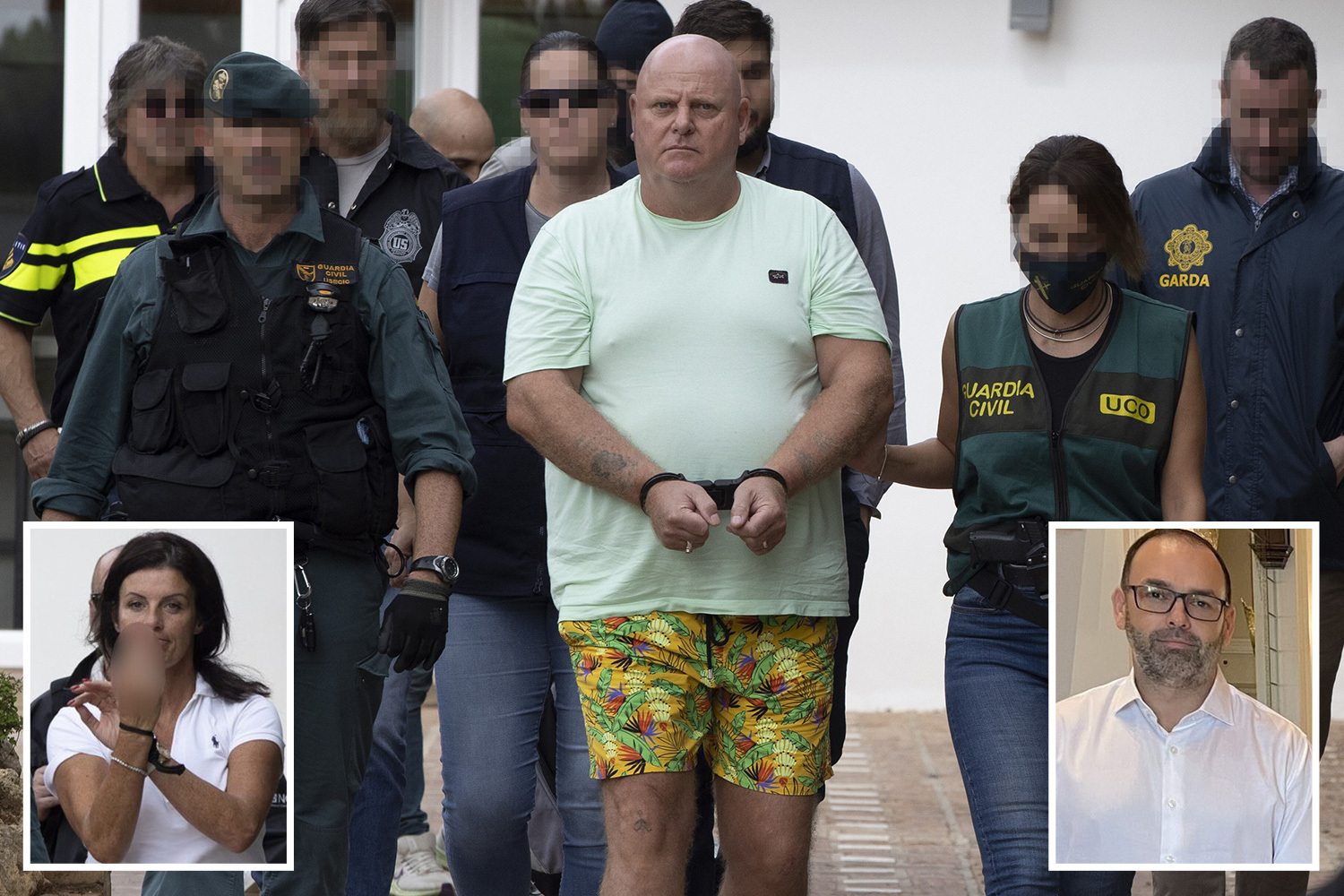 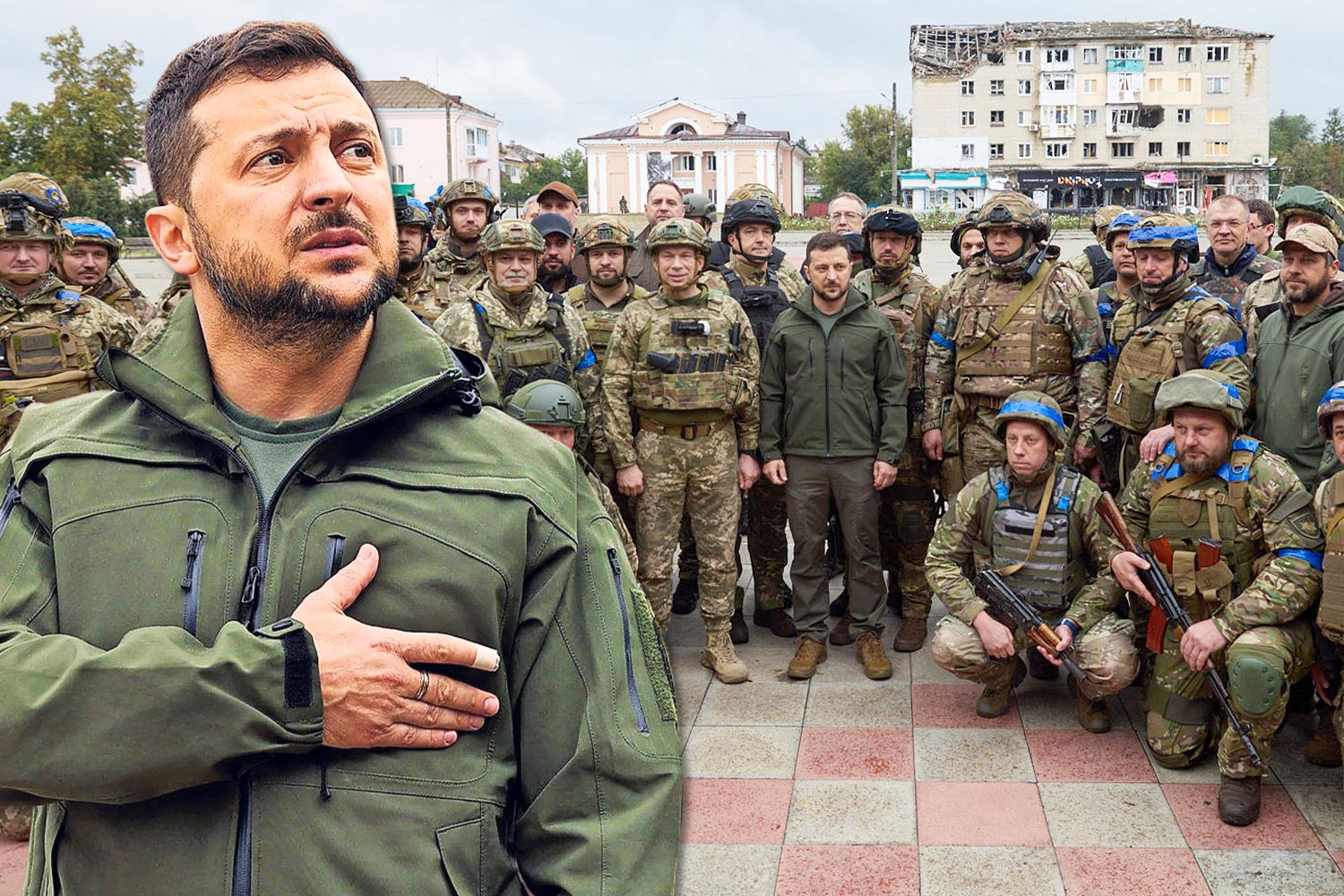 The 20 or so people who participated in the punch-up were described locally as “mainly British tourists.”

The incident happened around 5.30pm on Wednesday.

There were no reports of any serious injuries.

A spokesman for the town hall confirmed the fight had occurred after people were stopped from boarding the boat due to take them on a sunset cruise because of the state they were in.

Last month footage showed a group of British women were shoved to the ground by aggressive bouncers outside a club in Marbella.

Another brawl broke out at a beach bar in Mykonos after a professional boxer is said to have taken on drunk revellers.

And a group of 20 men were seen chucking furniture at the Aloha bar in a tourist hotspot in Algarve, Portugal.