MATT Hancock giggled with lover Gina Coladangleo as they enjoyed a romantic evening together on holiday.

The ex-health secretary, 42, and his former aide, 44, were snapped at the posh Lvxor cafe in Split in Croatia. 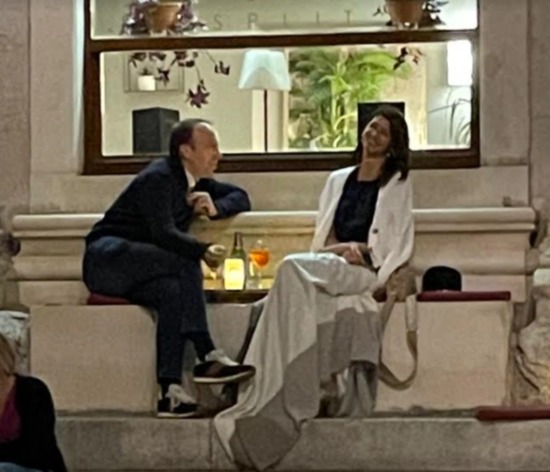 The pair laughed and joked as they drank glasses of wine while being serenaded by a guitarist singing on the venue’s steps.

The lovebirds have continued dating after they were forced to quit their posts when their Covid rule-breaking affair was exposed in The Sun.

An onlooker said: “They looked like a young couple in love and were very flirty and laughing together.”

It is the second known holiday the couple have been on after they were spotted in the Swiss Alps last month.

Hancock and his wife Martha, who married in 2006, had lived with their daughter, 14, and two sons, 13 and eight, in London until earlier this year.

His kiss with Miss Coladangelo, a mother-of-three whose husband Oliver Tress is the founder of clothing shop Oliver Bonas, is alleged to have taken place on May 6 this year.

After the footage emerged, Mr Hancock confirmed his resignation and said he wanted to ‘reiterate his apology for breaking the guidance’.

Speaking at the time, he said: "The last thing I would want is for my private life to distract attention from the single-minded focus that is leading us out of this crisis.”

This month, he made a shock rapid return to frontline politics after securing an unpaid role advising the UN on how developing countries can bounce back after Covid.

Mr Hancock tweeted a copy of the letter from UN Under-Secretary General Vera Songwe offering him roke role, saying he was "thrilled".

But days later it was revealed the organisation has decided not to go ahead with appointing the MP for West Suffolk.

Mr Hancock said a "technicality" had prevented him taking on the role while working in frontline politics.

In a statement, he said: "The UN have written to me to explain that a technical UN rule has subsequently come to light which states that sitting members of parliament cannot also be UN special representatives.

"Since I am committed to continuing to serve as MP for West Suffolk, this means I cannot take up the position." 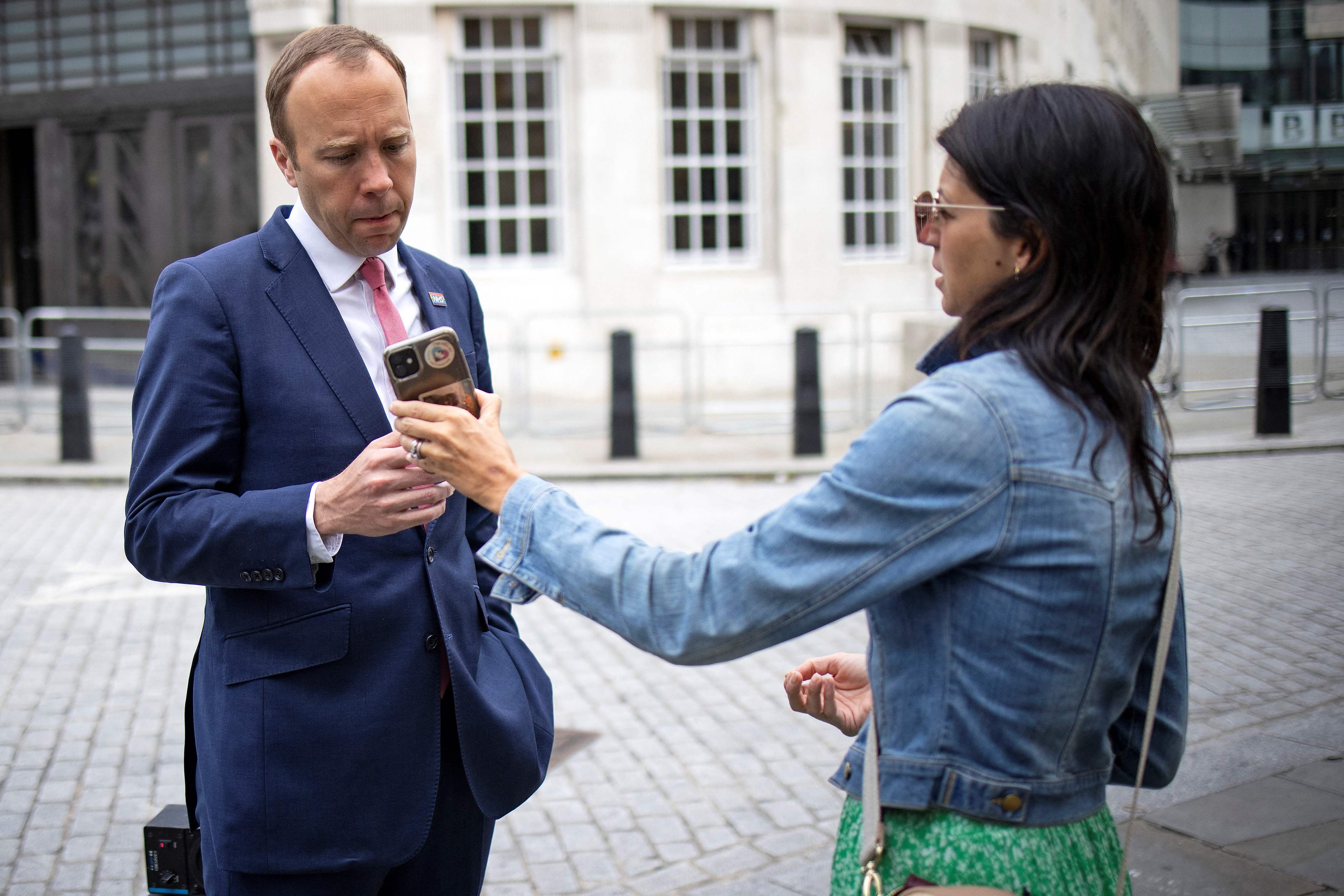 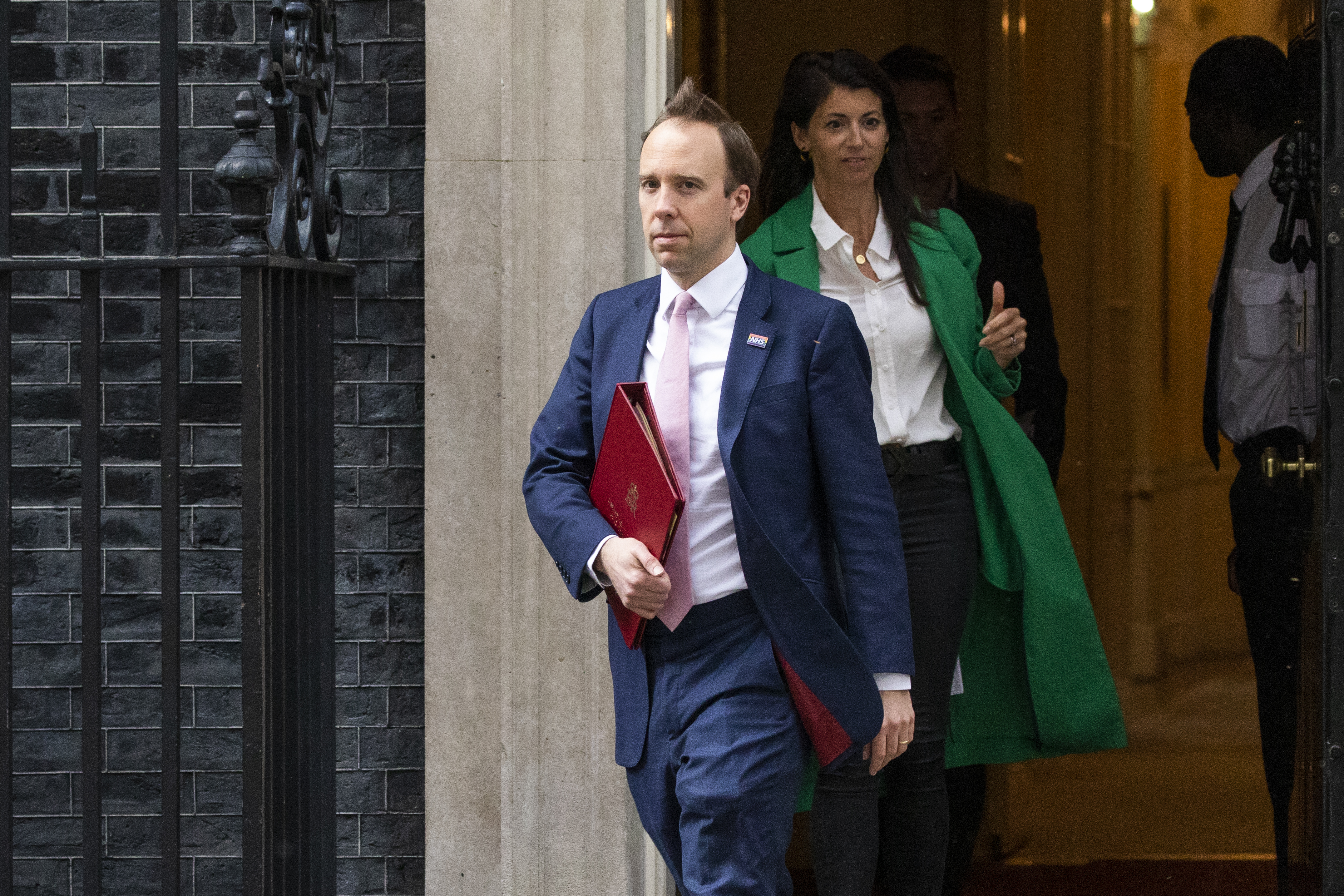 Giggles, Hancock, love, Matt, With
You may also like: