NEW YORK (Reuters) – Ghislaine Maxwell's lawyers late on Wednesday formally asked for a new trial after the British socialite's lawyers raised concern about a juror's possible failure to disclose before the trial that he was sexually abused as a child.

Maxwell, 60, was convicted on Dec. 29 on five counts of sex trafficking and other crimes for recruiting and grooming teenage girls to have sexual encounters with the late financier and convicted sex offender Jeffrey Epstein. Maxwell faces up to 65 years in prison.

In the letter, Sternheim asked that all submissions pertaining to "Juror No. 50" remain under seal until the court rules on the motion.

Maxwell's lawyers said this month there were "incontrovertible grounds for a new trial after a juror, who asked to be identified by his first and middle names, Scotty David, told Reuters and other news media that he described being abused as a child during jury deliberations. 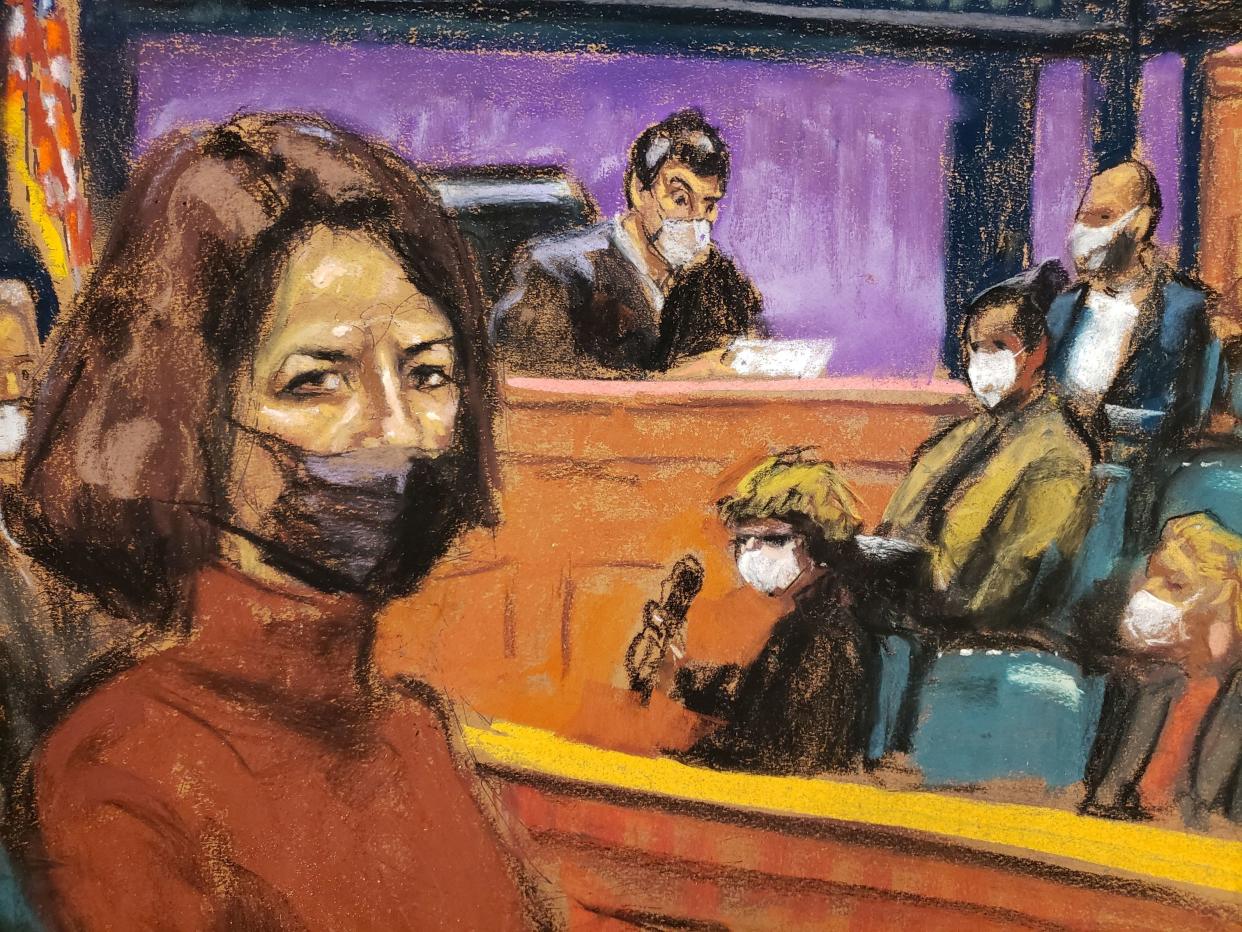 The next day Maxwell's lawyer wrote to the judge seeking a new trial and New York attorney Todd Spodek filed an appearance in Maxwell's case on behalf of Juror No. 50. Spodek did not respond to a request for comment and has not disclosed his client's name in the Maxwell case.

Concerns have been raised that Scotty David did not disclose his abuse during pretrial screening.

Prospective jurors were asked in a questionnaire whether they had ever been a victim of sexual abuse. Scotty David told Reuters he did not remember the question, but that he would have answered honestly.

Prosecutors, who have requested that U.S. District Judge Alison Nathan conduct an inquiry into the juror's statements, will have until Feb. 2 to respond to Maxwell's motion.

Legal experts told Reuters that Maxwell would not be guaranteed a new trial even if the juror did not disclose his abuse on the questionnaire, noting that cases of juror dishonesty that led to verdicts being overturned generally involved jurors who deliberately lied in order to be selected.

Epstein killed himself in 2019 at the age of 66 in a Manhattan jail cell while awaiting trial on sex abuse charges.