MEGHAN MCCAIN: The Megflix hit-job is a three-hour temper tantrum of two entitled brats boiling with jealousy, with one simple, deadly message: If they can’t wear the crowns, no one can!

I sat through three hours of Harry and Meghan’s new Netflix series – so you don’t have to.

Because my suggestion is: Don’t.

It could have been produced by a campaign operative – a dirty trickster – hired to tar their political opponent with focus-grouped TV ads and sophisticated smears.

The series’ message is clear, as we’ve heard again and again: the British are racists and Harry and Meghan are their victims.

The Sussexes escape to the US is framed as somehow being tied up in Brexit – the UK’s withdrawal from the European Union. Academic David Olusoga, who says British tradition is ‘filled with racist imagery,’ claims the country was essential poisoned against the couple.

‘I wanted it to work, so many people wanted it to work. But the fairytale is embedding itself in a nation that is having a pretty toxic debate about the European Union,’ he says. ‘If you go back and look at the social media at that moment, immigration is at the absolute center of those debates, and immigration is very often in this country a cypher for race.’

They might as well take a page from Hillary Clinton and call half the British population, ‘deplorables.’ 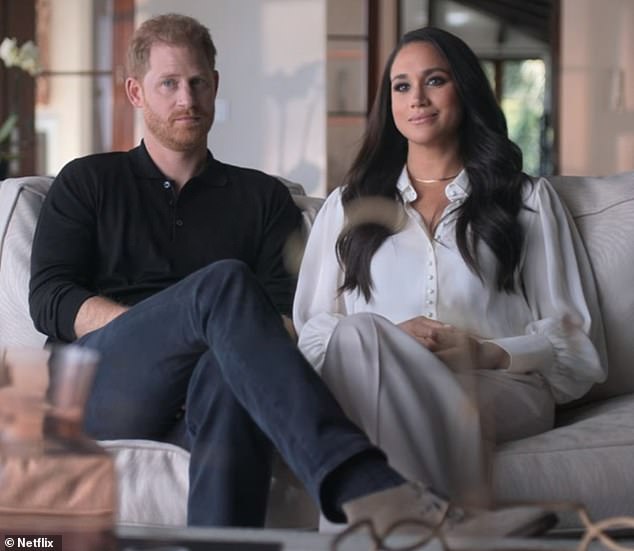 Following the logical is dizzying. But their point is clear. Harry and Meghan never stood a chance. There’s no mention of adoring crowds cheering for the newlywed couple or Prince Charles walking Meghan half-way down the aisle. That doesn’t suit the narrative.

The gaslighting is constant.

Meghan repeatedly claims that she had no idea what she was getting herself into when dating Harry. She was just an innocent fawn in the meadow waiting to be taken down by the monarchy. On the other hand, Meghan is a smart and powerful woman in her own right. Her supposed naivete is wholeheartedly unbelievable.

A big part of the series is reliving Harry’s admittedly traumatic childhood. Over and over again, he talks about how he was exploited by paparazzi and how growing up under the glare of the media still haunts him today.

All of this makes their foray into high-end ‘reality’ television even more strange.

They’ve been documenting their lives together from the get-go. There are pictures of them and Princess Eugenie dressed up for a Halloween party shortly before their relationship became public. There are intimate photos from their trip to Botswana when they were dating. There are videos of them at the beach alone in Big Sur, California. Videos of their children, including Archie looking at a picture of Princess Diana on the wall and being asked by Meghan ‘who is that?’ Videos from inside their car, hotel rooms, and Meghan getting her make-up done.

The contrast is not just obviously hypocritical, it’s confusing. They want to exploit their fame, their family and the most personal moments they have for profit, at the same time protesting about the unspeakable burden of the cameras and lights.

And it’s all so utterly narcissistic.

According to them, their life is the greatest love story ever told and nothing can ever compare to their bond. Keep in mind, these aren’t love-struck teenyboppers – they’re aging parents of two.

Everything is shown through the lens of how they want the world to see them and their lives, and not how it actually is.

There is a big emphasis on Harry’s time spent in Africa. How he was ‘raised’ there. Meghan’s acting career is presented as if she was an Angelina Jolie-type thespian/philanthropist, a huge star on the biggest television show in America, while also being the second coming of Mother Theresa. 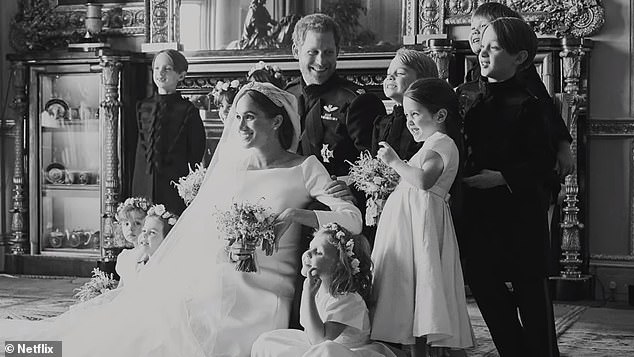 There’s no mention of adoring crowds cheering for the newlywed couple or Prince Charles walking Meghan half-way down the aisle. That doesn’t suit the narrative.

Obviously, there is very little evidence to back up these claims.

There is ample commentary condemning the modern United Kingdom as the ‘British Empire 2.0,’ as if there has been no progress since the abolition of the slave trade. There is no rational historical perspective. No, the monarchy is just as bad as it was 250 years ago.

It’s all so biased and unfair and destructive, but why?

Well, take it from someone who’s seen the dirty political game up close – Harry and Meghan’s real agenda is revenge.

This all seems driven by Harry and Meghan’s palatable anger and jealousy against the Royal family and William and Kate in particular. To put it succinctly, Harry and Meghan were just not able to cut it as royals and now they’re lashing out at anyone who can.

William and Kate are taking this royal life in stride and Harry and Meghan can’t stomach being the ‘number 2’ couple. If they can’t wear the crowns than no one can – and they’re going to flip over game board.

Maybe more than anything else, the series portrays William and Kate as willing participants in an ugly, racist and archaic system, and they should be ashamed of their current roles as senior royals and future King and Queen of England.

Why is it Will and Kate and not them? They’re so super-evolved, progressive, hyper-woke. They should represent the future – of not only the United Kingdom – but the world.

In the end, Harry and Meghan are exercising their delusions of grandeur – and they’re doing damage in the meantime. People can belittle this series and say it is only a stupid Netflix show based on two ex-royals. But there is a potential to rupture the relationship between America and the United Kingdom.

America’s special relationship with our neighbor across the pond is a critical lynchpin of western democracy. And this series targets that. Shame on you Netflix for producing it. 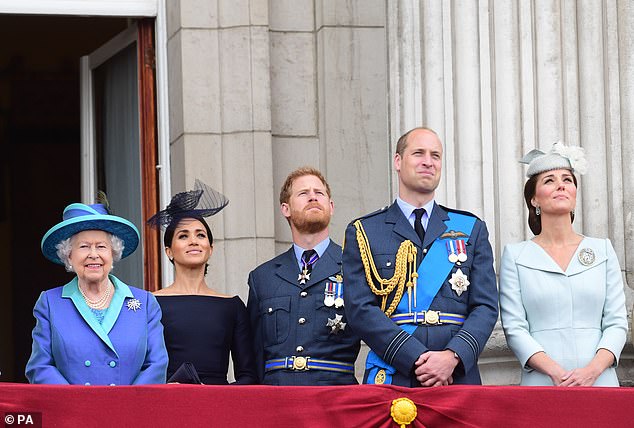 Maybe more than anything else, the series portrays William and Kate as willing participants in an ugly, racist and archaic system, and they should be ashamed of their current roles as senior royals and future King and Queen of England.

If you knew nothing about the United Kingdom, what would you walk away thinking? In Harry and Meghan’s eyes, the UK is an irredeemable hellscape.

What happens if Americans believe them?

Thankfully, I don’t think this will happen, but their recklessness is jarring and infuriating.

Harry served in the British Army for ten years. They both claim to be a global activists, but neither of look can look past their own hurt feelings.

Racism, oppression of women, and human rights abuses happen all over the globe. The United States and the United Kingdom – while imperfect – stand out as beacons of hope. It seems impossible that Harry and Meghan wouldn’t recognize that.

But here we are.

I used to think that Harry and Meghan’s critics were exaggerating when they claimed the Duke and Duchess were trying to tear down the British monarchy, but after watching 180-minutes — of what can only be described as sick propaganda – I believe it.