Mechanic, 32, who killed vandal, 25, by pressing his neck onto ground in citizen’s arrest after he smashed up car with a sledgehammer is jailed for three years – as victim’s mother blasts sentence as a ‘joke’

The mother of a young man who died after he was pinned down in a citizen’s arrest has branded his killer’s sentence ‘a joke’.

Stafford Crown Court heard Benjamin Hunt chased 25-year-old Christopher Walters after he had damaged a car with a hammer in Longton in May 2019.

Hunt, aged 32, then held Mr Walters by the neck, on the ground, for several minutes, using his body weight to pin him down even after Mr Walters lost consciousness.

Now Hunt, from Longton, has been jailed for 38 months in prison after admitting his manslaughter.

Hunt’s work colleague Jonathan Hassall, who was also involved in the incident, took his own life just days before he was due to go on trial for manslaughter.

The court heard that Hunt worked with Mr Hassall at the latter’s New Road Garage business. 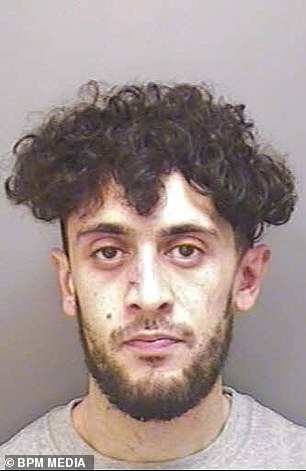 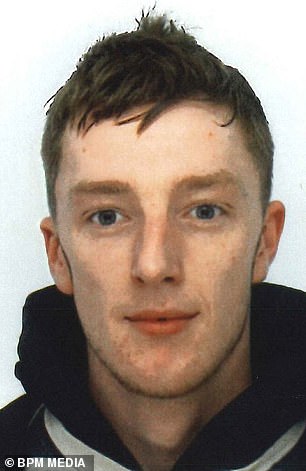 On May 15, 2019, the two men were at work when Mr Walters ran up and used a sledgehammer to smash the windows of an Audi belonging to Mr Hassall’s son.

Hunt and Mr Hassall chased after Mr Walters and were able to detain him nearby.

Prosecutor Robert Price said: ‘Mr Hunt then held Mr Walters around the neck. Mr Hassall held him to the lower body. Mr Walters, in the initial stage, was resisting and shouting unusual comments.

‘Mr Hunt did not release at that point as he was fearful of what Mr Walters might do to him or those around him. There came a point where

Mr Walters stopped resisting. Mr Hunt thought he was either asleep or unconscious.

‘When Mr Walters stopped resisting, and when he was clearly unconscious, Mr Hunt should have released his hold of Mr Walters’ neck. He did not. His actions at that point, he acknowledged, became excessive and unlawful.’ 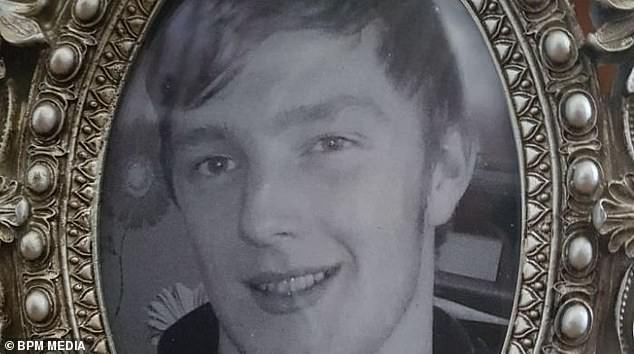 A citizen’s arrest is an arrest by an individual who is not a police officer or other sworn law enforcement official.

The law states anyone can perform a citizen’s arrest on somebody who is committing an indictable offence.

It also states anybody can arrest a person if they have reasonable grounds to suspect that the person is committing an indictable offence.

An indictable offence can land a person in Crown Court so it has to be a serious crime such as burglary or a violent offence.

But it may not be apparent whether the suspect’s behaviour amounts to an indictable offence so the situation needs to be assessed carefully.

Anyone carrying out an arrest can only use reasonable force when making it.

The law states a citizen’s arrest can be carried out to the prevent the person:

Mr Price told the court that earlier in the day, Mr Walters left his home where he lived with his mother, Dawn Price, and met with some friends.

They told police that he seemed ‘stressed and ill at ease’ but it remains unclear why he went on to damage the car at New Road Garage.

Hunt and Mr Walters did not know each other before the incident.

After Mr Walters was detained, the police were called, and officers arrived 19 minutes later.

At that point, Hunt was still on top of the unconscious Mr Walters.

A post-mortem examination found signs of oxygen deprivation in Mr Walters’ brain, and significant bruising to his neck. The cause of death was given as compression of the neck.

Speaking after the case Mr Walters’ mother Dawn Price said she felt the sentence handed to Hunt was ‘a joke’.

The 58-year-old, from Bentilee, said: ‘I’m not happy at all; it’s disgusting. It’s one big joke. It’s disgraceful and shocking.

‘I don’t think the sentence is long enough. I think it’s absolutely appalling. We heard in court that Hunt held my son’s neck down, that’s not a citizen’s arrest.

‘If he had let my son go, the police could have found him if they had given them his description and he would have been charged with criminal damage.

‘They said in court that my son had gone limp and lifeless and his defence was that he thought my son was asleep. He wouldn’t have just thought I’m going to have a kip while he’s being restrained on the floor. It’s just a big joke.

‘I was only allowed a couple of friends to go with me to the court because of Covid-19 and Hunt wouldn’t look me in the eye.

‘I’m living with a life sentence after losing Chris. I’m angry and heartbroken. That court was a mockery. 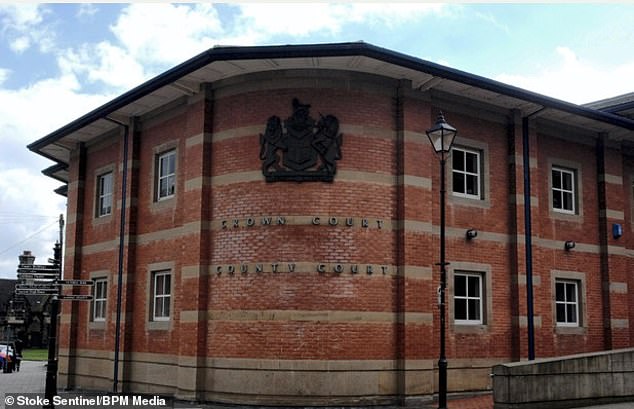 ‘I don’t feel like I’ve got justice for Chris’ death. Everyone gets dealt a pack of cards in life, and I got the joker.

‘I can’t put into words how I feel, I’m heartbroken. Nothing will make up for losing Chris because nothing will bring him back.

‘Hunt will be out in one and a half years, but I’ve got to live with the loss of my son for the rest of my life.

‘I’m not happy with his sentence at all.’

dur, killed, Mechanic, vandal, Who
You may also like: