Meghan Markle told the Netflix docuseries how she became close with a community of women who survived the Grenfell fire after watching news coverage of the tragedy.

She regularly visited a group of women in a community hub for nine months, helping to feed families and even worked alongside them to launch a cookbook called ‘Together’.

In episode four of Harry & Meghan, the Duchess says: ‘I just loved these women so much.’

The day of Meghan’s first public engagement with the Queen in Chester, also ‘happened to also be the one year anniversary of the Grenfell fire,’ she recalls in the documentary. They took part of a 72 seconds of silence – one for every life lost. 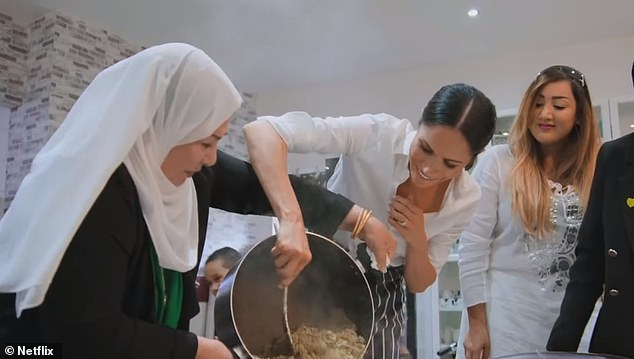 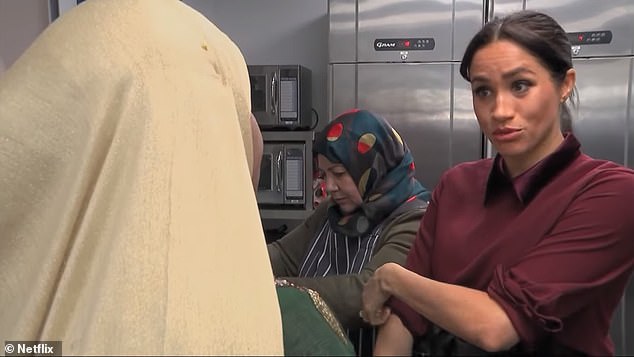 ‘It was really important to me because I had become so close to with so many of the women who had survived that, even though no one knew that at the time,’ Meghan told.

The Netflix documentary showed devastating images of the blaze.

Meghan said they watched the coverage from their home Nottingham Cottage, on the grounds of Kensington Palace.

‘The Grenfell fire left so many families displaced, outside of how many deaths it caused. I remember saying ‘can we do something? We need to go down there and do something’.

‘And so I connected with the women at Al-Manaar which is a mosque in Grenfell. They were living in these hotels and just given meal vouchers for fast food.’

The documentary hears from Munira Mahmud who started cooking in the local mosque ‘just to feel normal again’ following the tragedy. She would cook for members of the community twice a week – ‘up until the Duchess came’ she says.

In the bombshell Netflix documentary: 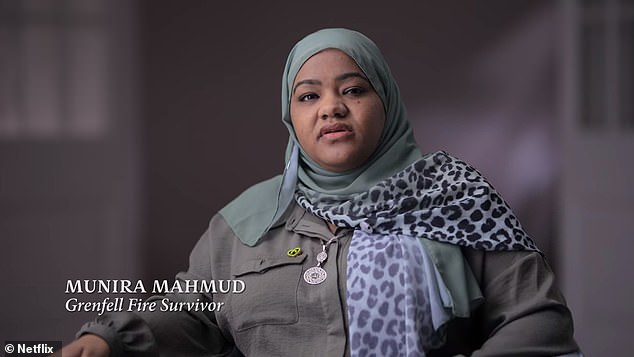 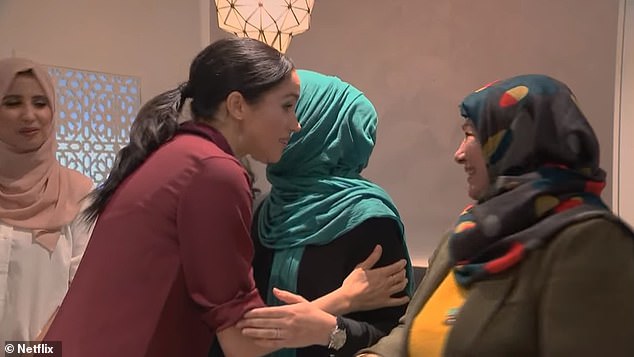 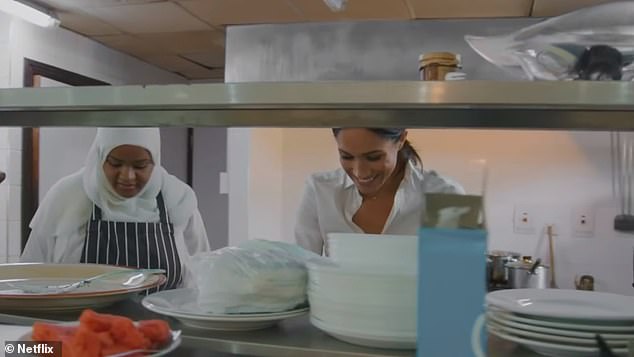 Over the course of around nine months, Meghan kept going back and visiting their community

Munira talks about how Meghan walked in to the Hubb community kitchen, put her gloves on and helped them cook – five kilos of basmati rice.

And over the course of the next eight or nine months, Meghan kept going back and visiting their community.

‘When I watched these women laughing together and grieving together, I said ‘why can’t you do this every day of the week?’ They said, ‘we don’t have the funds for it’.

‘I just looked around and said ‘we should make a cookbook.’

And so ‘Together’ was launched, and during its launch Meghan made her first speech as a member of the royal family.

She spoke about the ‘tremendous labour of love’ working on the cookbook had been, and viewers heard about how successful the book launch was and how it just kept ‘growing and growing’. 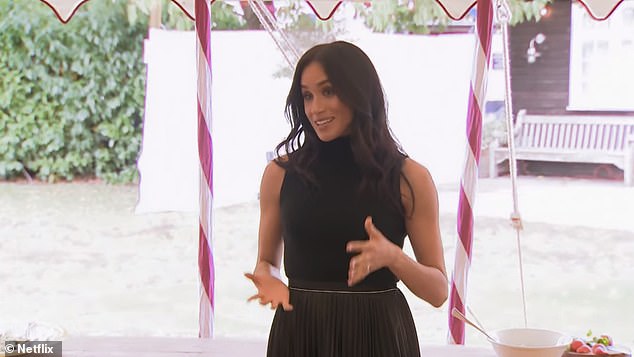 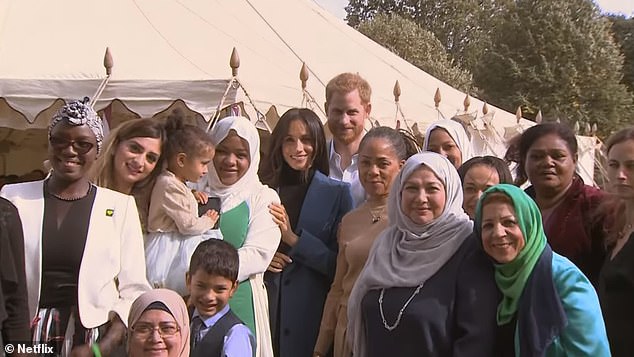 Together was launched and then it ‘just kept growing’, Meghan tells the docuseries 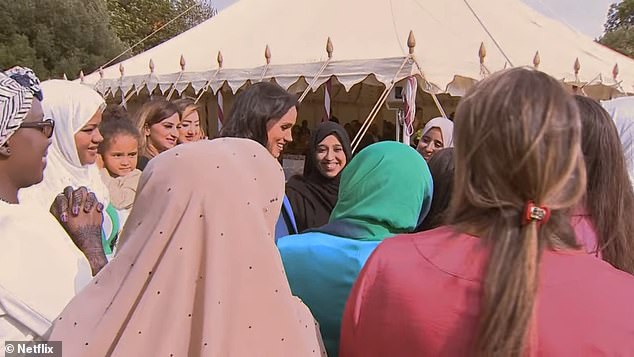 The final part of the Sussexes’ controversial documentary has aired on Netflix, with the royal family braced to see how claims the Palace briefed against Harry and Meghan unfold.

The last three episodes of the six-part series began streaming at 8am on Thursday.

The opening scenes of episode 4 featured black and white footage from the late Queen’s wedding to the Duke of Edinburgh.

It then switched to Meghan telling how her private secretary, who worked for the Queen for 20 years, had told her: ‘It is like a fish that is swimming perfectly. It is powerful, it is on the right current. Then one day this little organism comes in.

‘This foreign organism. And the entire thing goes… What is that? What is it doing here? It doesn’t look like us. It doesn’t move like us. We don’t like it. Get it off of us.

‘And she just explained that, you know, they’ll soon see, that it’s stronger, faster, even better with this organism as part of it.

‘It will be hard at the beginning for them to adjust to this new thing but then it’ll be amazing.’

Meghan added: ‘And I was really hopeful that that was true.’