Melbourne socialite Lillian Frank has died, age 92, as her family remembers her wielding influence among her hairdressing clientele to make a difference through charity.

Frank died peacefully in Melbourne on Friday with family by her side. 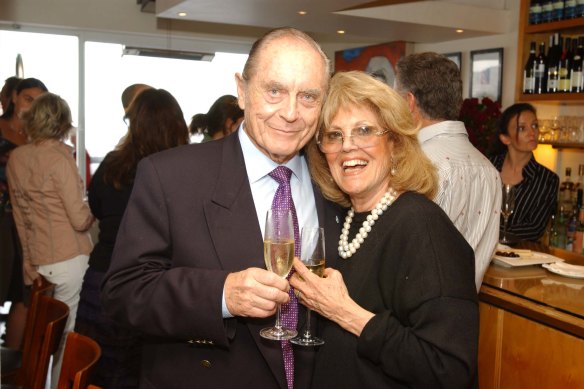 She was born in Burma before her family fled during the Second World War to India. She then settled in Melbourne in the 1950s and married restaurateur Richard Frank.

Her first hairdressing salon was in the Melbourne CBD before she later opened a salon in Toorak in the 1960s, gaining a wealthy clientele and even styling the Queen’s hair during a Melbourne visit.

“The thing about mum is people saw this flamboyant character who wore these hats to the Melbourne Cup and looked like she was publicity-seeking but in actual fact she had the biggest heart and wanted to make a difference,” daughter Jackie Frank said.

Frank was a chair of the Royal Children’s Hospital special events committee, and was earlier involved in Odyssey House and helping children with Down syndrome.

“Hairdressing was her love and what she made her living from,” Jackie said. “People flocked together and she realised that, ‘hey, I can make a difference here. I can do something’.”

Frank is survived by husband Richard, daughters Jackie and Michelle, and grandchildren Ella and Charlie.