A serving Met detective who sexually harassed and touched a junior colleague on a night shift has been sacked, as a force chief branded him ‘repugnant’.

Detective Sergeant Marvin Turner has been dismissed without notice after a professional standards investigation into sexual harassment.

He was found to have breached the standards of professional behaviour a force chief said ‘his behaviour was repugnant’.

A report from a female officer in June last year, said that DS Turner made sexualised and sexually harassing comments to her and touched her in a sexual manner without her consent. 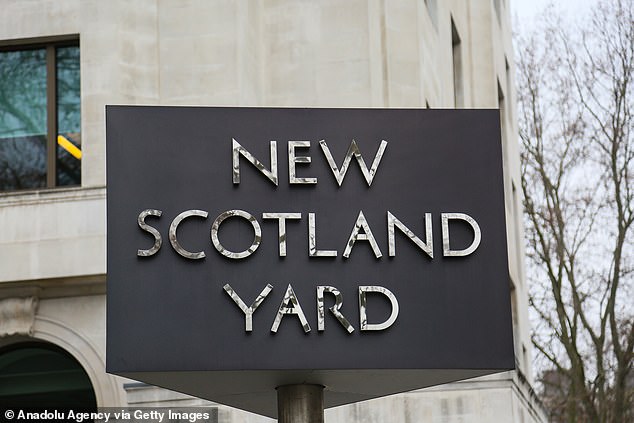 A serving Met detective who sexually harassed and touched a junior colleague on a night shift has been sacked, as a force chief branded him ‘repugnant’

Superintendent Martin Rolston, from the East Area Command Unit which includes Barking and Dagenham, Redbridge and Havering, said: ‘It is clear that DS Marvin Turner has no place in policing.

‘His actions are thoroughly reprehensible. He took advantage of his position as a supervising officer to put a junior colleague in a very unpleasant situation.

‘His behaviour was repugnant and falls well below the standard we – and the public – expect.

‘It is right that he has been dismissed from the Metropolitan Police Service.’

DS Turner was placed on restricted duties in June 2021 and provided an account under caution the following month on June 22.

He was investigated by officers from the Met’s Directorate of Professional Standards and a report was submitted to senior officers who found he had a case to answer for gross misconduct.

The reports were investigated criminally but it was decided the case did not meet the threshold for being referred to the CPS.

The panel, led by an independently qualified chair, determined DS Turner should be dismissed without notice.

He will be added to the Barred List held by the College of Policing so cannot be employed by police, local policing bodies, the Independent Office for Police Conduct or Her Majesty’s Inspectorate of Constabulary and Fire and Rescue Services.