SHOCKING video has shown the moment concert-goers run for cover as two are killed and 21 are shot by gunmen with semi-automatic rifles in Miami.

Footage from the night of the deadly incident showed a crowd duck their heads before jumping to the ground. 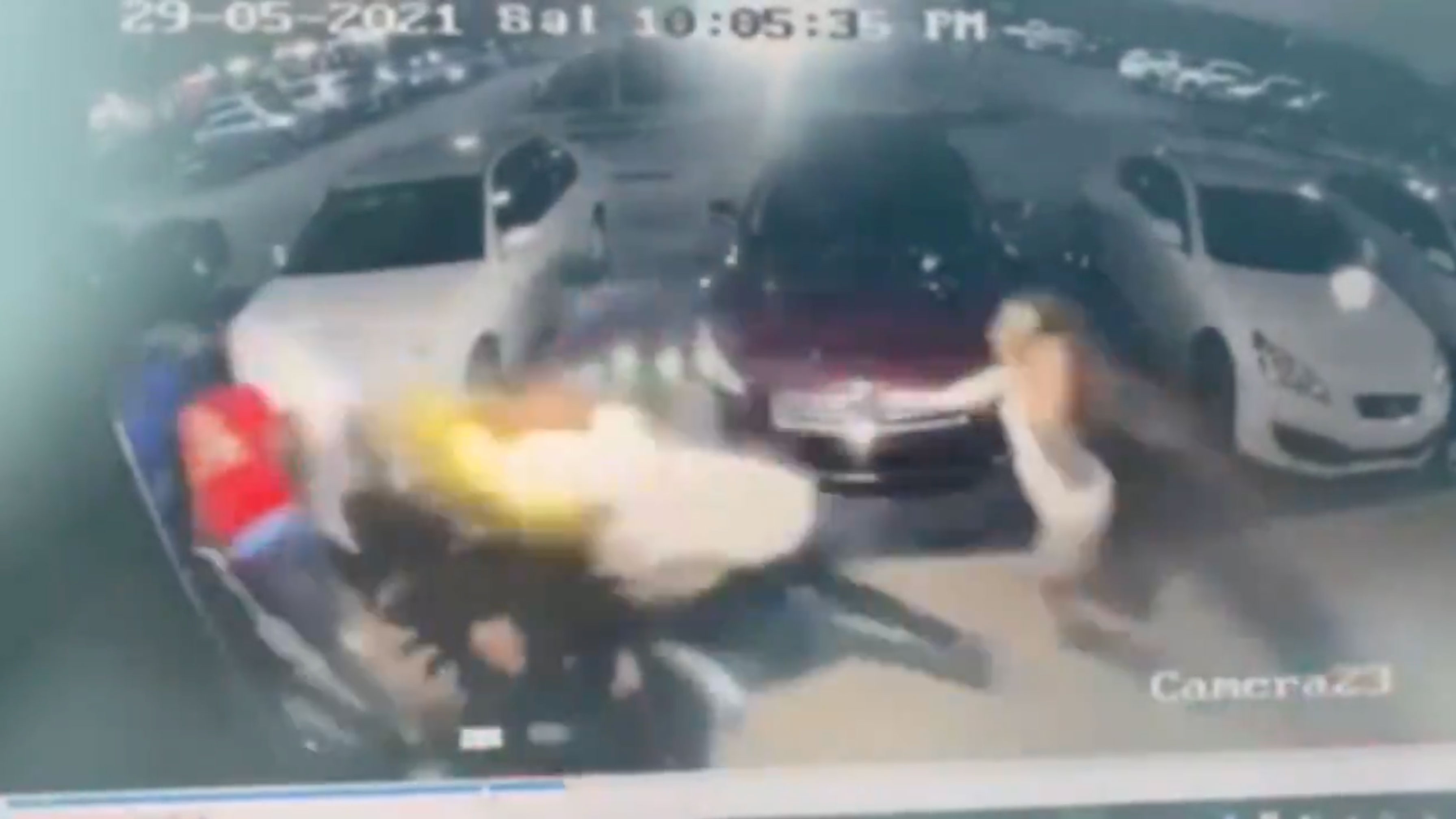 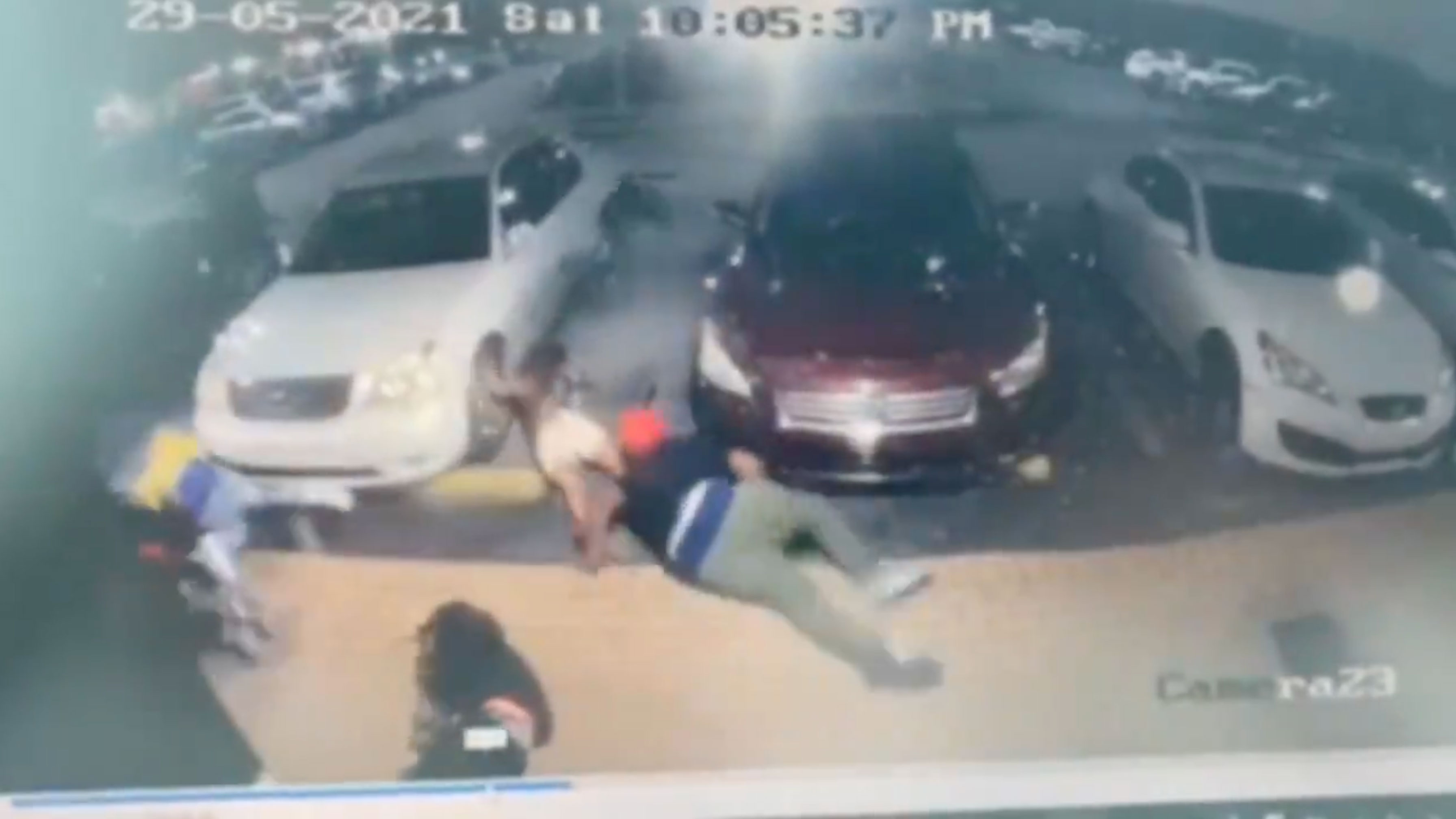 People are seen throwing themselves on the ground behind cars and crawling to take cover.

One man is seen crawling on top of a woman to protect her, while others sprint away from the scene.

It is unclear if any of the people caught on camera were of the 21 that were injured.

Police confirmed to The Sun that three people remain in critical condition following the weekend's shooting and 18 are still hospitalized. 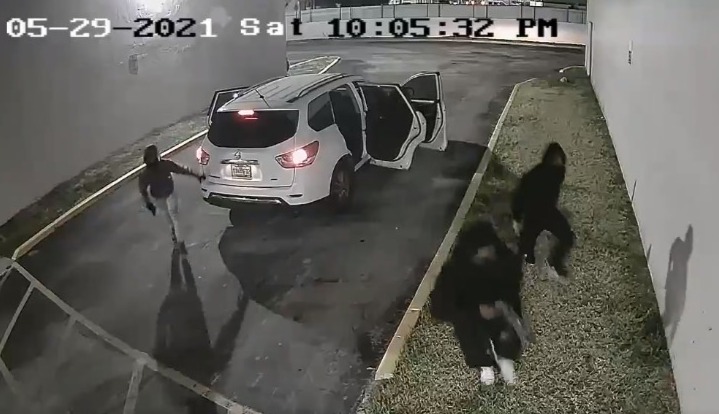 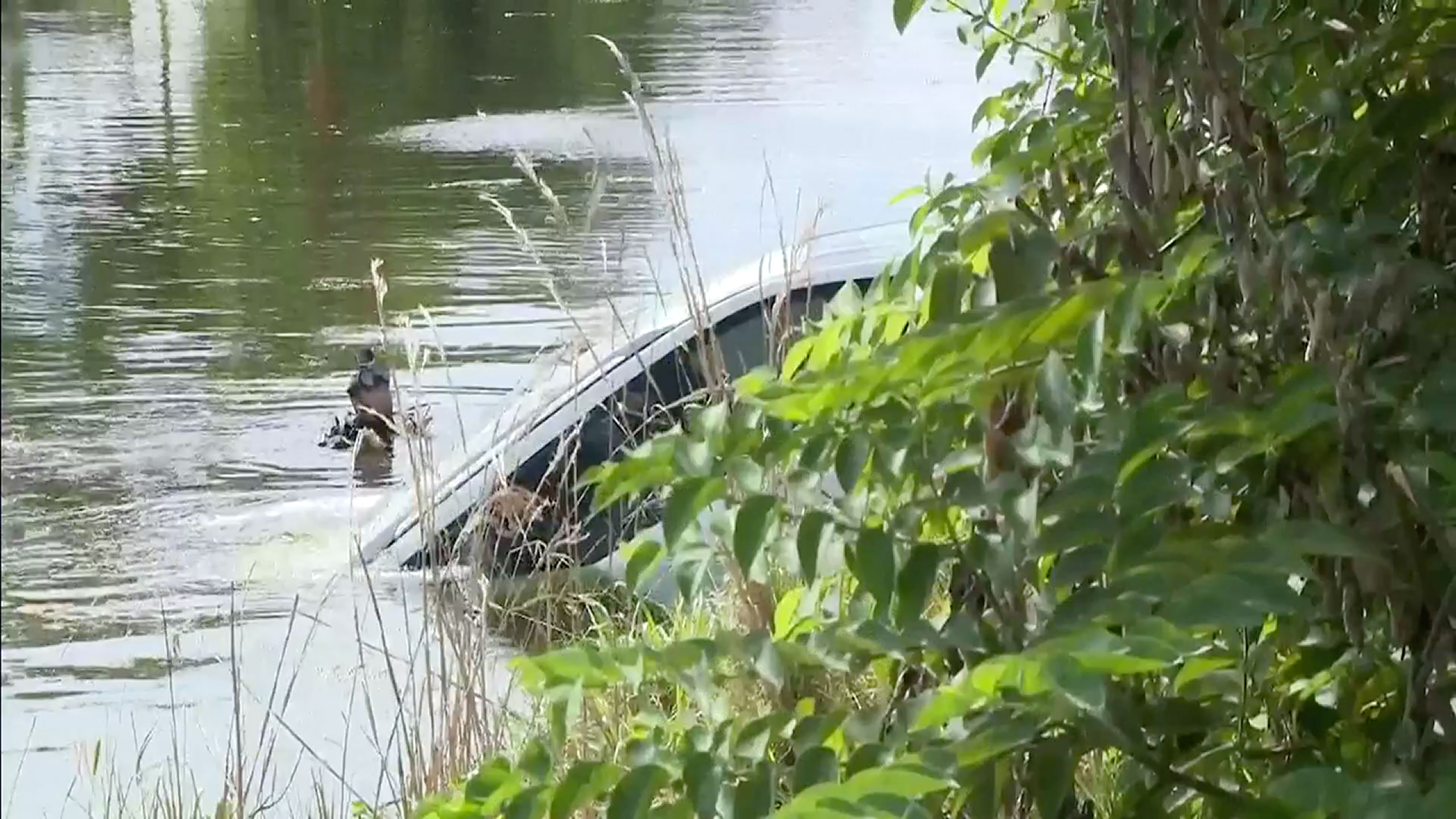 On Monday, cops made surveillance video of the shooting public, showing the gunmen exiting the vehicle before opening fire on the El Mula banquet hall.

The trio quickly ran back to the white SUV seconds later before making their getaway.

Authorities say the gunmen waited into the car for 20 to 40 minutes for concertgoers to gather in front of the banquet hall.

The Miami-Dade Police Department located the Nissan Pathfinder at the bottom of a canal in the city that was seen on surveillance video as the getaway car used by three gunmen to open fire on a banquet hall. 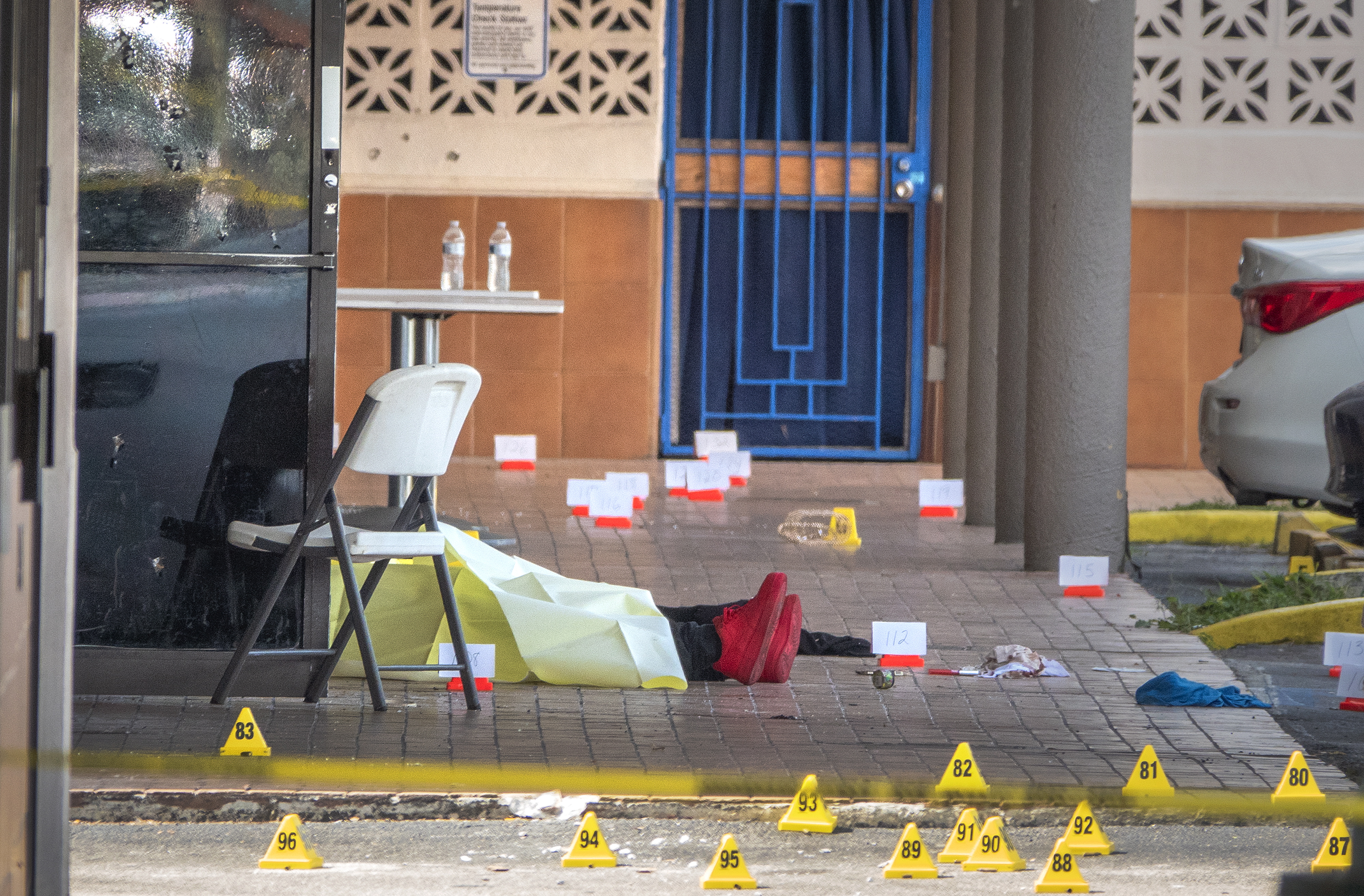 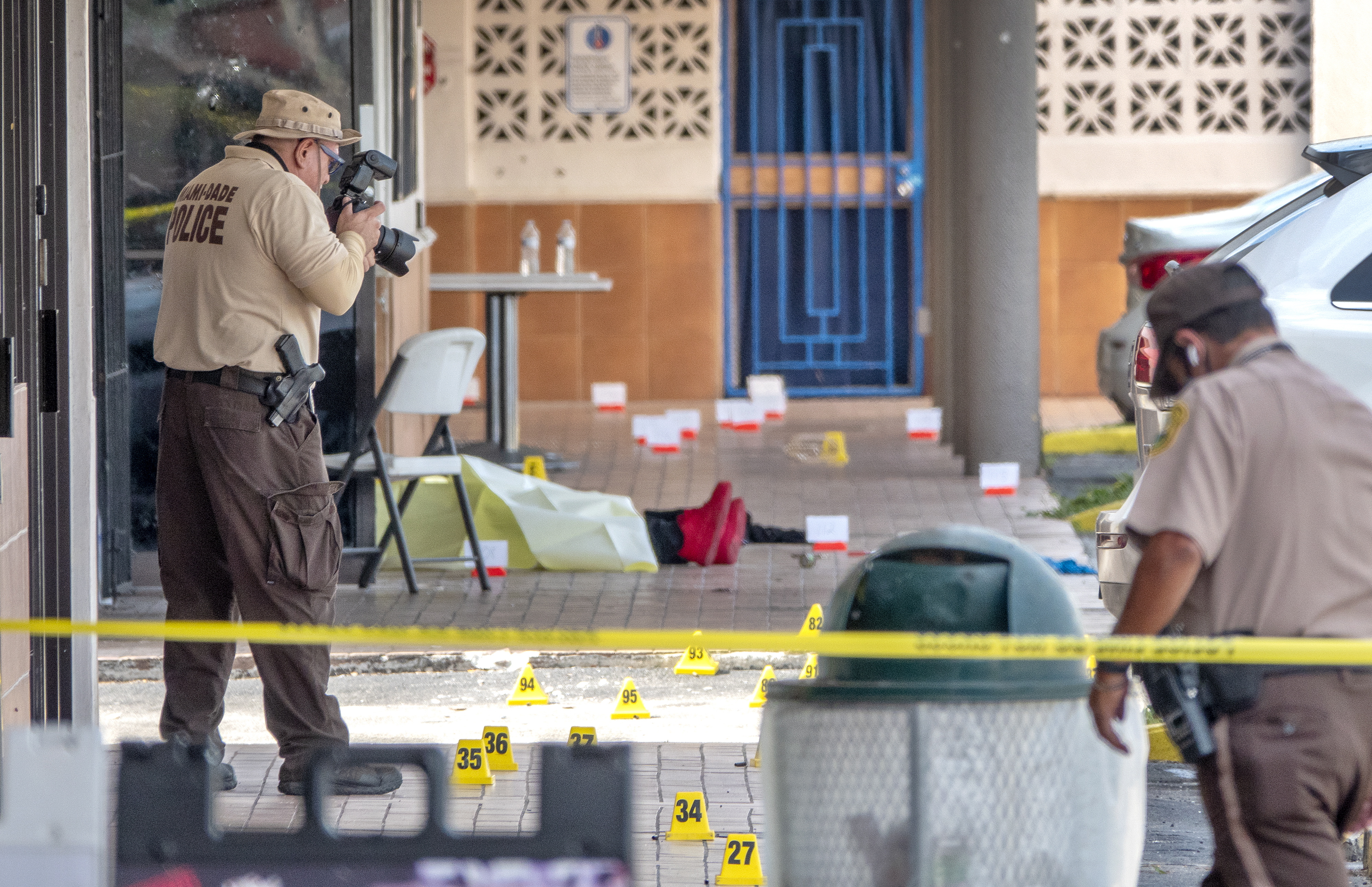 Police divers in Key Biscayne found the car, reported stolen on May 15, at the bottom of the canal, where residents told WPLG-TV the area is a known dumping ground

That's when the men "indiscriminately" opened fire. Several in the crowd who were armed likewise returned fire.

"We will do everything, everything we can and use every resource available to bring these people to justice," said Miami-Dade County Mayor Daniella Levine Cava. 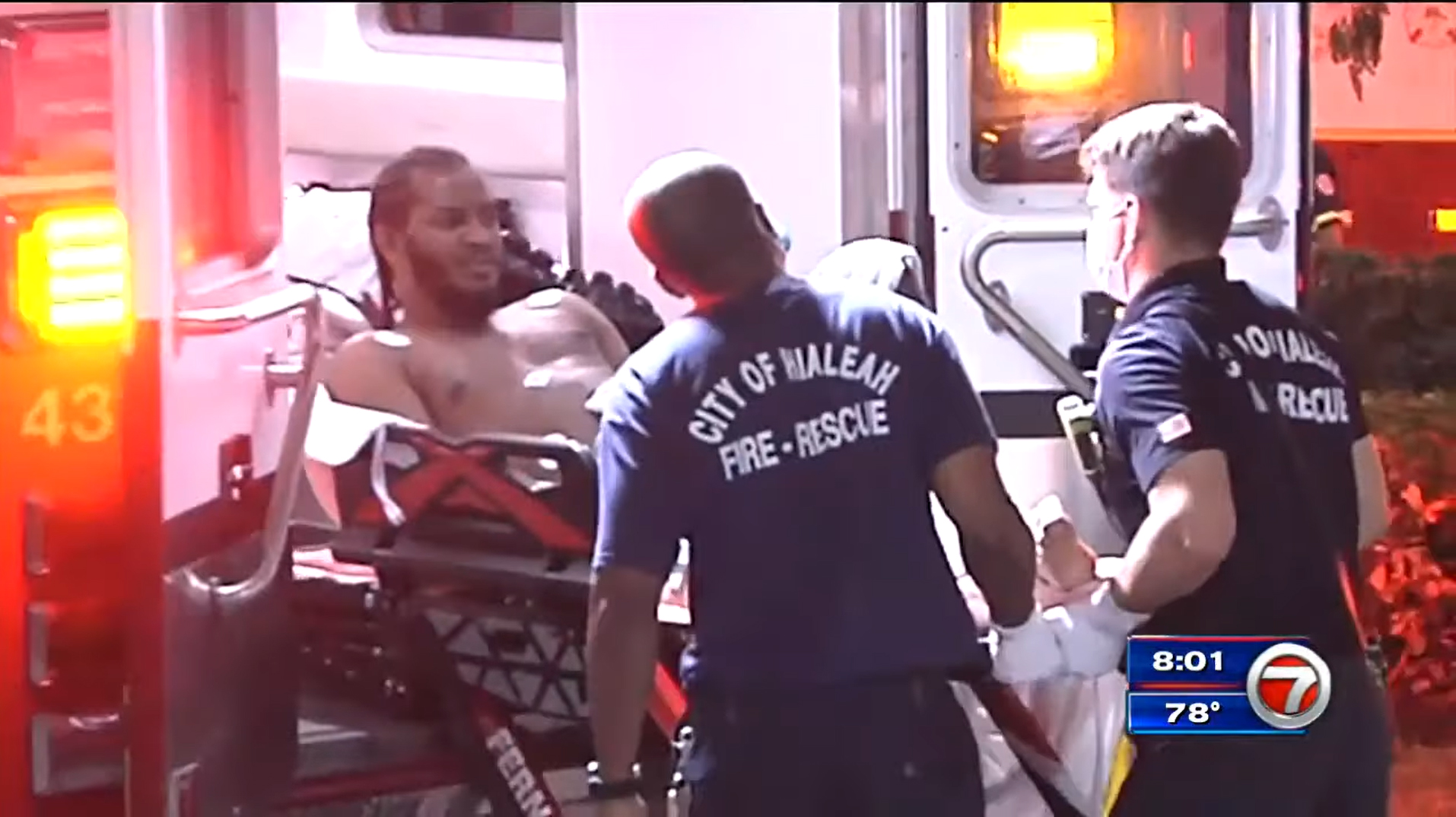 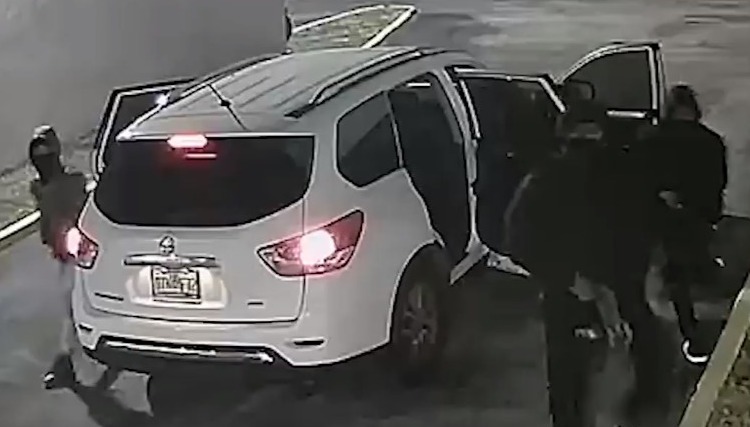 No arrests have yet been made and police are asking anyone with information on the three suspects to get in touch.

During a press conference, a grieving father, Clayton Dillard, shouted: "You all killed me kid, you must burn."

Dillard named his son, who also has the same name, as one of the victims on Monday.

Authorities believe the shooting was targeted.

“These are cold blooded murderers that shot indiscriminately into a crowd and we will seek justice,” Ramirez said in a tweet.

“This is a despicable act of gun violence, a cowardly act,” Ramirez told the Miami Herald.

“This type of gun violence has to stop. Every weekend it’s the same thing,” Ramirez said during an early morning news conference.

Mass, Miami, shooting, show, video
You may also like: