The Ministry of Defence has signed a deal worth millions as part of plans for a new Red Arrows plane, as the current iconic jets are due to retire in the next seven years.

The £9million deal will enable MoD to have access to digital engineering data and support which has the potential for a new generation of light military aircraft.

It was previously reported that the Red Arrows might have had to fly non-native jets for the first time as their iconic Hawks are due to retire in 2030.

The aircrafts are expected to be the first fully British manufactured, designed and engineered military jets since the Hawk in 1976, sources told The Mirror. 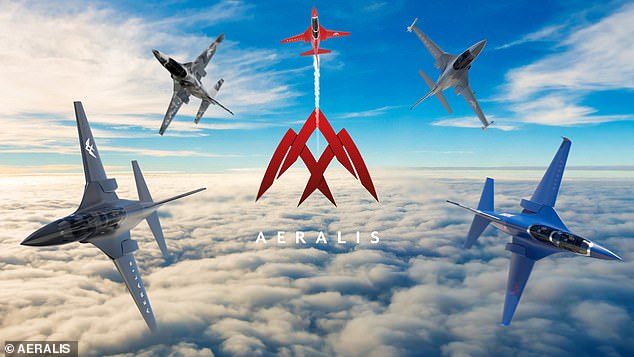 Sky high: The aircrafts are expected to be the first fully British manufactured, designed and engineered military jets since the Hawk 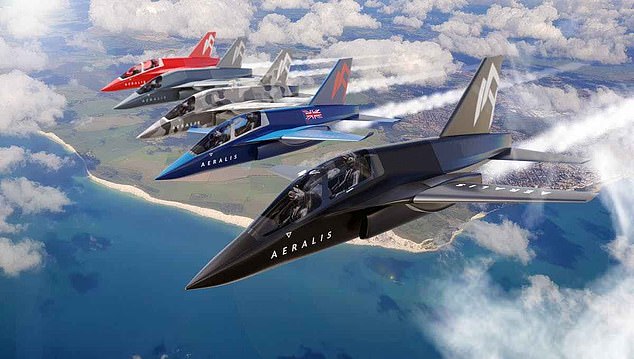 The wings, tails and noses will differ depending on whether they are designed to be flown remotely or with a pilot, whereas they are expected to have the same fuselage and the cockpit.

An industry source told The Mirror: ‘It’s good to see we have finally started investing in and supporting British aircraft.’

Aeralis, a Bristol-based developer, say there are now more than 135 people involved in the development of the aircraft.

The UK’s Tempest project will also use the same technology developed by Aeralis.

It was confirmed last week by Prime Minister Rishi Sunak that the UK is set to join forces with Italy and Japan on the programme, called the Future Combat Air System.

Richard Berthon, Director Future Combat Air for the Ministry of Defence said he was ‘delighted’ to be partnering up with Aeralis.

Tristan Crawford, the founder and CEO of Aeralis said ‘We are the only company in the UK taking this pioneering digital engineering approach as part of a new economic model that supports the development of more capable and ultimately affordable light military aircraft’.