Minneapolis city workers could be seen at the intersection at George Floyd Square early Thursday morning – the site of a memorial where former police officer Derek Chauvin pressed his knee in the upper body of Floyd last May.

Video broadcast by local affiliates showed workers in hard hats and heavy machinery, including a dump truck, being brought into the intersection at 38th St. and Chicago Ave. But officials so far have not confirmed to Fox News whether the memorial at George Floyd Square is being dismantled.

The intersection is reopening and artifacts are being preserved, Fox 9 Minneapolis reported.

“This is a community-led reconnection process with City support,” city spokeswoman Sarah McKenzie said in an email to Fox News. “More information will be forthcoming this morning.”

She did not immediately say whether Mayor Jacob Frey or the Floyd family were involved. 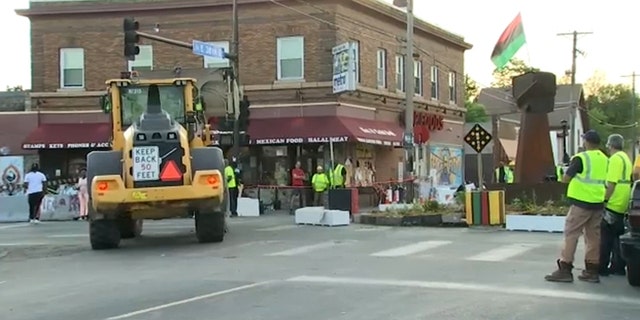 The Minneapolis Police Department “does not have a presence at that location,” police spokesman John Elder confirmed to Fox News.

Frey’s office did not immediately respond to a request for comment.

The Minneapolis Star-Tribune reported that workers from Minneapolis Public Works and Regulatory Services have been out since about 4 a.m. local time taking down concrete barricades around the site. 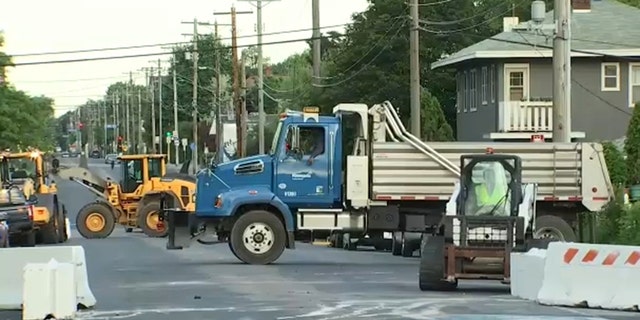 The National Desk reported that crews were clearing the roads and crowds were beginning to gather.

WCCO reported that the effort was being led by Public Works and the Agape Movement, which has been serving as a private security force in George Floyd Square over the past year. Public Works is handling heavy lifting while Agape “de-escalates,” a reporter for the station said. The goal supposedly is to reopen the intersection for traffic, while also preserving the memorial outside Cup Foods.

“There’s a chance and a time for this community to get back to a new normal. That’s what we’re trying to establish,” Agape Senior Advisor Steve Floyd told Fox 9 Minneapolis. The intersection has been closed to vehicular traffic since demonstrations broke out last summer.