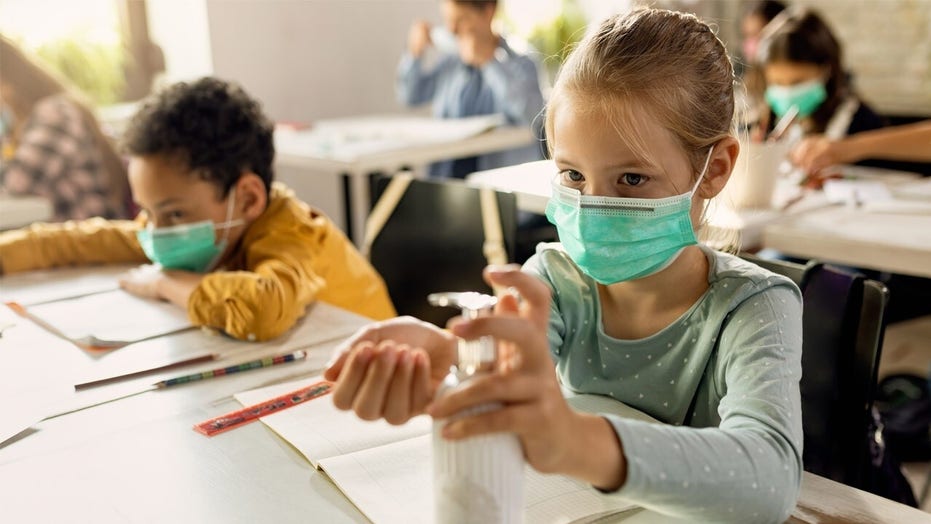 A surgeon in Minnesota lost his job this month just days after telling school officials at a public meeting that parents should have the right to decide whether their children wear masks to school or not.

Dr. Jeffrey Horak appeared before the Fergus Falls school board on Oct. 11 and spoke out against a mask mandate that had gone into effect for students the day before.

“You mandate this across the road — that’s a tough place to go,” Horak told the board.

Nine days after that school board meeting, Horak said he was told his “views were no longer congruent with that of Lake Region Healthcare” and he was asked to either resign or be terminated.

“We live in America where freedoms are held close. I am a man who believes individuals have the right to do their research and decide what is best for them and their children when it comes to their health. I don’t believe governments or institutions should dictate that,” Horak said in a public statement on Oct. 23.

A spokesperson for Lake Region Healthcare deferred questions to Lake Region Medical Group, saying that the “Medical Group Board made the decision about discontinuing Dr. Horak’s practice, not LRH.”

Dr. Greg Smith, the president of the Medical Group Board, said they made the “decision to discontinue Dr. Jeff Horak’s employment contract after a thorough review process.”

“The reasons for Dr. Horak’s separation are a confidential matter,” Dr. Smith said in a statement provided to Fox News on Tuesday. “To be clear, this was a decision that was made by Dr. Horak’s peers who serve on the Medical Group Board, not by Lake Region Healthcare, the community-based hospital where Dr. Horak practiced General Surgery.” 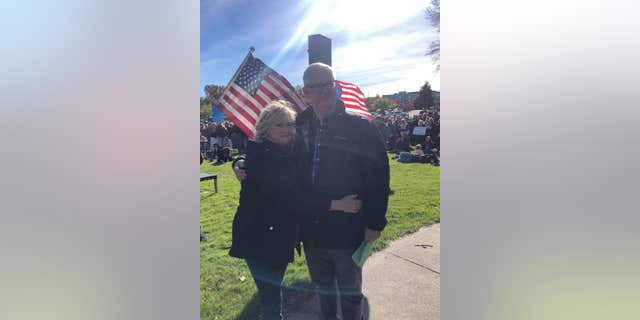 Dr. Jeffrey Horak was dismissed from his job as a surgeon about a week after speaking out against mask mandates at a local school board meeting.
(Angie Brown)

Horak mused in his statement about why he was fired, saying that it could have been because he didn’t always wear his mask after the mandate for Minnesota was lifted. He also said that a comment he made during the school board meeting about monkeys being able to tie knots could have been “misconstrued” as racist.

“Or perhaps my termination is because I was empowering the parents,” Horak said. “I may never know.”

The Fergus Falls community rallied around Horak on Monday as hundreds of people went to a local park to hear him speak.

“This isn’t a conservative vs. liberal, or vaxed vs. unvaxed, or mask vs. no mask issue,” Angie Brown, a local resident who organized the rally, told Fox News on Tuesday. “This is an issue of right vs. wrong and I am so happy that so many in our community recognized this wrong and were willing to show up, both to support Dr. Horak, but to also, in a peaceful way, voice their disagreement with Lake Region Medical Group.”

Horak addressed the crowd, saying that three main things brought them all together.

“One, you’re becoming aware that your freedoms are being taken away. Two, professionals such as myself are being silenced, and then so are you. If it happens to me, it can happen to all of us,” Horak told the crowd. “And third, you’re afraid. We’re all afraid. Today I want to empower you to say, ‘I stand up with Dr. Horak. Truly, I stand with you.”

The mask mandate in Fergus Falls was in place for two weeks, ending on Oct. 24.

“The Fergus Falls School District welcomes public comment and has a process in place for community members who wish to address the board,” Jeff Drake, the superintendent of Fergus Falls Public Schools, told Fox News on Tuesday.

His, Jo, loses, Minnesota, surgeon
You may also like: