MLB’s Field of Dreams Game was a big hit last season, and fans could only wonder how the league could top it with its follow-up on Thursday.

A big clue came on Wednesday, when a report emerged that Fox was testing a hologram of the late Harry Caray, the legendary Chicago Cubs broadcaster who died in 1998, for the Chicago Cubs-Cincinnati Reds game. A source, however, told reporter Timothy Burke that the footage was “unconvincing” and “possibly offensive.”

That made quite a few fans more than a little curious.

Would Fox really go so far as producing a deceased icon in hologram form for its very special regular season game and, if so, was the hologram really that bad? The first question was seemingly answered hours before the game, when Fox’s MLB Twitter account teased something Caray-related was coming during the seventh inning stretch.

Tonight, you’ll see a 7th inning stretch that could only happen with the magic of the Field of Dreams.

Coverage of Cubs – Reds from Dyersville, Iowa tonight at 6p ET on FOX and the FOX Sports App. pic.twitter.com/orvnGgRWR9

Finally, after a very touching Ken Griffey Jr./Sr. moment and a mostly one-sided affair in the favor of the Cubs, the moment arrived. The top of the seventh inning ended and, soon, the hologram made its debut.

It was about as bad as you could reasonably expect, but judge for yourself?

An all-time “Take Me Out to the Ballgame” only possible through the magic of Field of Dreams 🙏 pic.twitter.com/IC8yHrFZQT

“Uncanny valley” might be the primary descriptor there. Fox ended up giving the hologram about seven seconds total of close-up time, so you can guess how confident they were in what must have been a very expensive production.

At the end of the day, the Caray hologram was meant to generate buzz around a game MLB hopes to become a tentpole event for the league going forward, and it certainly accomplished that. It just wasn’t all, or even mostly, positive.

Fans ranged from horrified to confused to genuinely entertained:

Oh my god the Harry Caray hologram is so much worse than I expected.

“How do you say uncanny valley backwards?”

my therapist: [whispering] and is this “Hologram Harry Caray” in the room with us right now?

FOX SHOULD BE IN PRISON FOR DOING HARRY CARAY LIKE THIS pic.twitter.com/5DfNAZ4QIY

Scary Caray. Is this anything.

Creepy. Please don’t make a hologram out of me when I’m dead.

That was really weird.

Begging Fox to use fake Harry Caray for Big Ten football. Have him do Jump Around. Get some mileage out of it. The SEC would never. pic.twitter.com/ptQI2uYy5O

The hologram delivered. Everything I wanted. 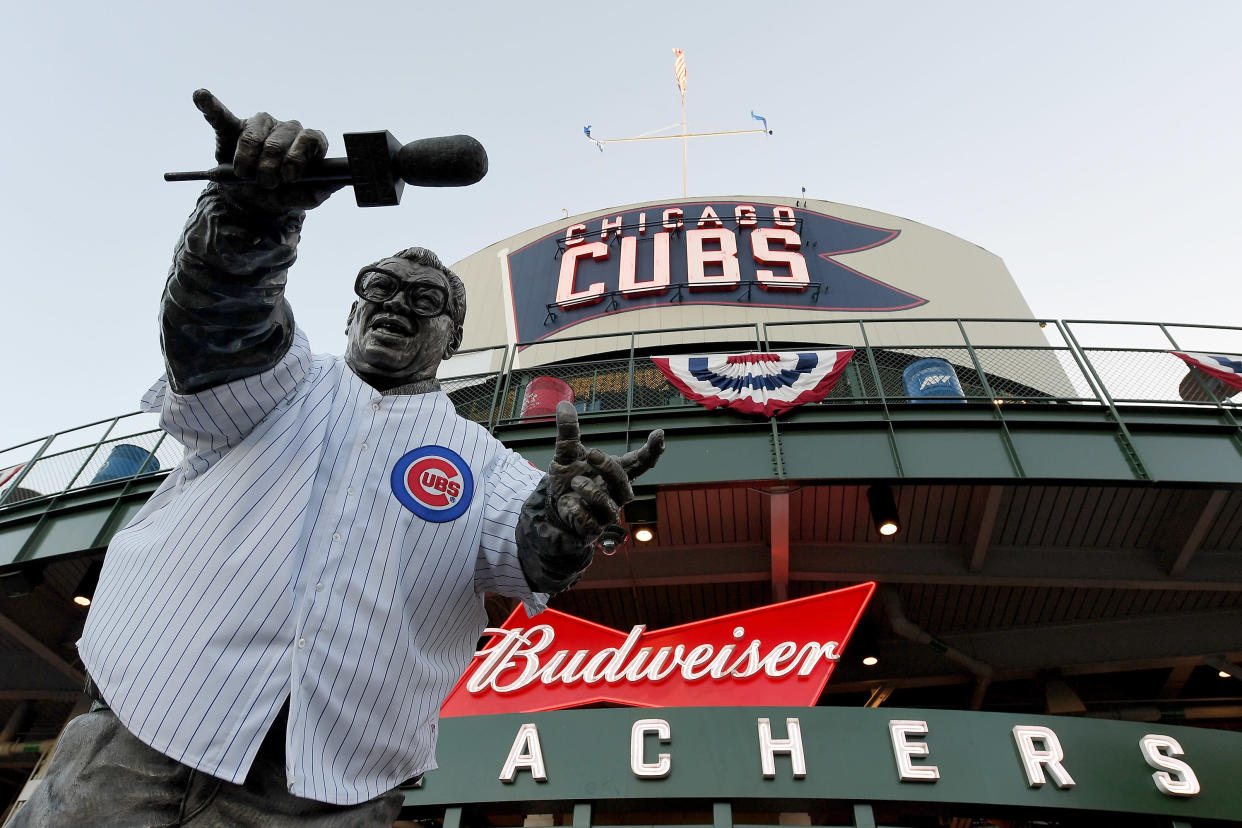