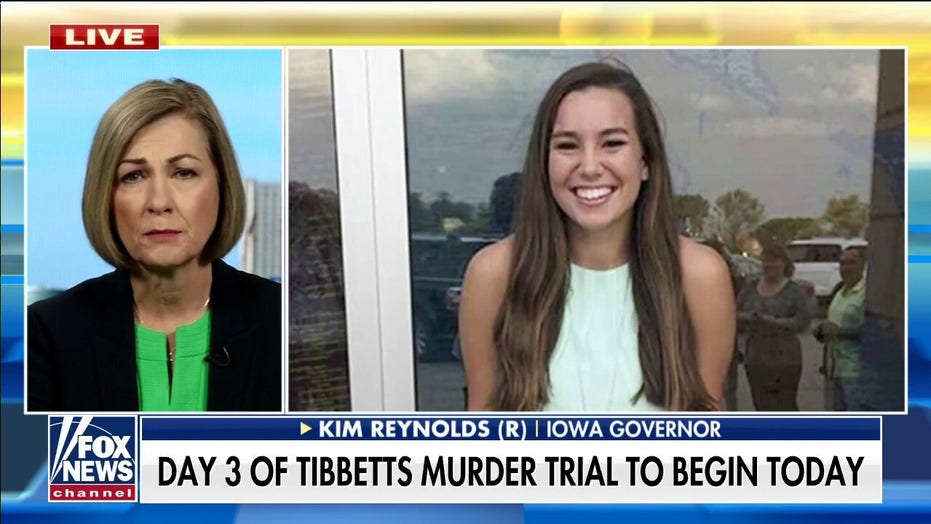 What is the impact of Mollie Tibbetts murder trial on Iowa?

Blood found in the trunk of a farmhand’s car was an exact match for a University of Iowa student who was abducted and killed while out for a run in 2018, a DNA analyst told jurors Friday.

Tara Scott, a criminalist in the DNA section of Iowa’s crime lab, said she analyzed a swab taken from a blood stain found on the trunk seal of Cristhian Bahena Rivera’s Chevy Malibu after investigators recovered the body of Mollie Tibbetts.

“The profile I had from Mollie Tibbetts and the profile from that blood matched,” Scott testified. “They were exactly the same.”

Bahena Rivera, 26, is charged with first-degree murder in Tibbetts’ stabbing. Tibbetts, 20, vanished while out running on July 18, 2018, in Brooklyn, Iowa, and investigators recovered her partially naked, decomposing body from a cornfield a month later.

Prosecutors have used the DNA evidence, surveillance video showing Bahena Rivera’s Malibu driving near where Tibbetts was running, and the suspect’s partial confession to build their case. The trial is expected to continue next week.

Investigators say Bahena Rivera, a former farmhand who faces life in prison if convicted, led them to the cornfield where Tibbetts’ body was found early in the morning on Aug. 21, 2018. He told an officer at the scene that he approached Tibbetts while she was running and fought with her after she threatened to call the police. He said he didn’t remember how he killed her but that he hid her bloody body in the field underneath cornstalks, former officer Pamela Romero testified.

Bahena Rivera’s defense lawyers made the case Friday that the confession was false and coerced as a result of sleep deprivation and harsh interrogation techniques. They played videos for jurors showing their client sleeping during the 11-hour interrogation.

Investigators initially searched Bahena Rivera’s car on Aug. 20, 2018, after he gave his consent and submitted to the interrogation.

Criminalist Amy Johnson testified that investigators initially overlooked the blood stain on the trunk’s rubber seal, but found it during an additional search two days later.

Scott said that stain was the first match for Tibbetts’ DNA. Later analysis of blood found on the trunk’s liner also was a match for Tibbetts, whose DNA had been collected from one of her water bottles during the investigation into her disappearance and from her body when it was discovered in the field, she said. 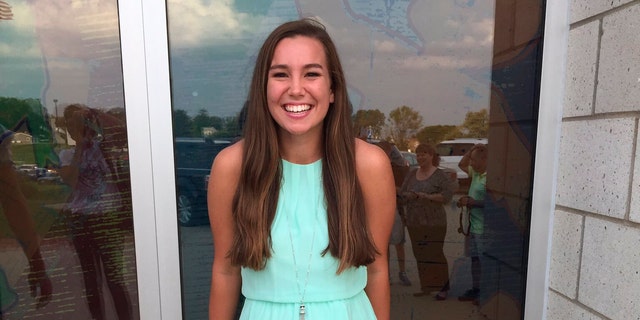 FILE – In this September 2016 file photo provided by Kim Calderwood, Mollie Tibbetts poses for a picture during homecoming festivities at BGM High School in her hometown of Brooklyn, Iowa. Video evidence, DNA analysis and a partial confession will be critical to proving Cristhian Bahena Rivera, a farm laborer, stabbed Tibbetts, a University of Iowa student, to death while she was out for a run in 2018, a prosecutor told jurors Wednesday, May 19, 2021. (Kim Calderwood via AP, File)

Other blood spots found in the trunk and on several items in it did not have enough material to compare for DNA purposes, she said.

The jury appeared to pay close attention during the DNA testimony, with at least three jotting notes in their court-issued notebooks.

Earlier, prosecutors showed jurors several crime scene photos of what Tibbetts body’ looked like on the day it was found. It was covered in cornstalks, with only her running shoes visible.

After investigators removed the stalks, photos showed her legs were spread apart and she was wearing only socks and a sports bra. Shorts, underpants and a headband were found further into the cornfield, Johnson testified.

Investigators testified they did not recover any sperm from those items. Romero said Bahena Rivera had referred to Tibbetts as “hot” but gave no indication that he sexually assaulted her.

Judge Joel Yates on Friday seized a camera memory card from a photographer and threatened her with jail after she acknowledged taking photographs of jurors, which is prohibited under Iowa court rules.

The photographer — reporting for the Daily Iowan, the student newspaper at the University of Iowa — told Yates that an editor said it was OK to photograph jurors and that she was unaware it wasn’t allowed.

She erased the photos in front of the judge, and Yates took possession of the memory card, saying he believed that was sufficient to ensure no photos of the jurors would be disseminated.