Follow
Home » World News » Mom rages at girl for flashing bra on park's monkey bars..but is all as it seems?

Mom rages at girl for flashing bra on park's monkey bars..but is all as it seems?

A WOMAN has been left perplexed after she was approached by an angry mother who accused her of flashing her bra in a kids play park.

TikTok user Getti Kehayova, 43, from Las Vegas, uploaded a video which appeared to show the stranger yelling at her “obscene” outfit as she worked out. 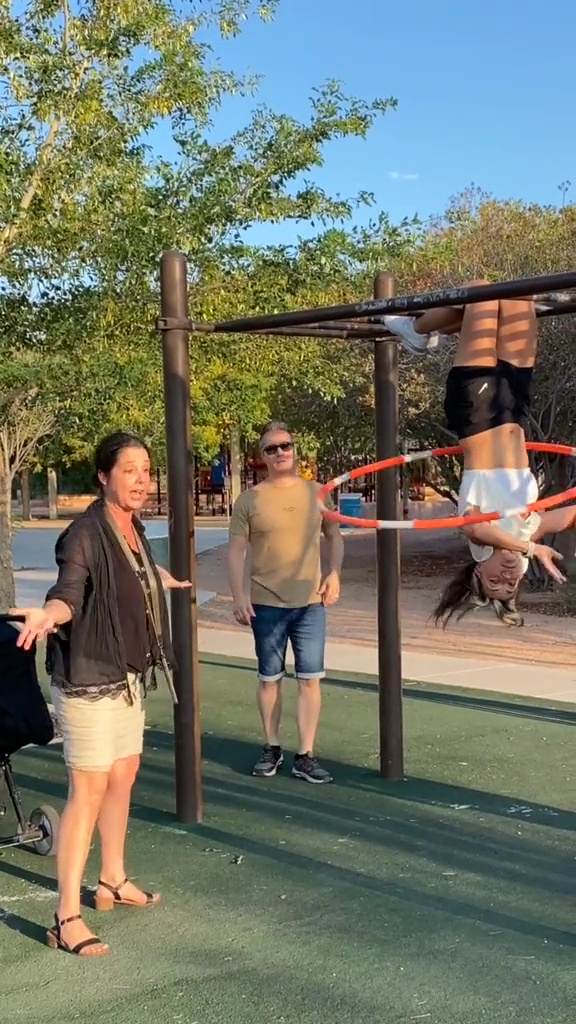 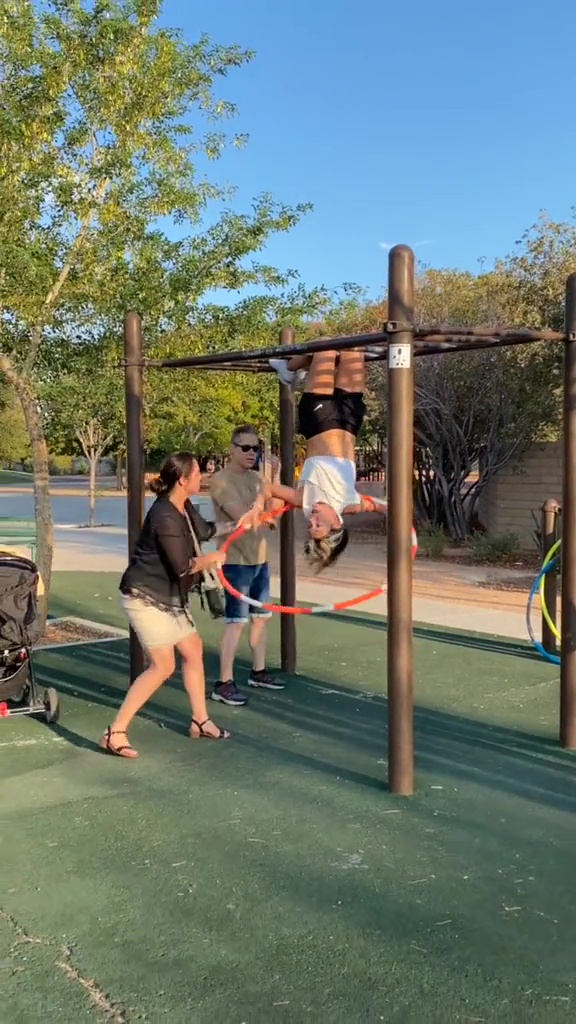 The 43-year-old, who holds a Guinness World Record in hula-hooping , was hanging upside down from a set of monkey bars and practicing her skills when the verbal attack began.

As her shirt slipped down, she was approached by unknown woman pushing a child in a pram – who accused her of being “half naked.”

“Everybody around here is seeing this! You're half naked right there,” she screamed at the unsuspecting mother.

“This is where kids play, this is a place for families. That is so obscene.”

Visibly shocked by the mother’s remarks, Getti, who was accompanied by her husband her son tried to continue her workout – adding that she was trying to film a video for her 1.2 million followers.

But the mother refused to let the matter go – continuing to blast the woman over her choice of clothing.

“I can’t believe you’re doing this in our neighbourhood park with almost no clothing”, she said.

“That is totally revealing.”

As her husband Michael tried to de-escalate the situation the woman also claimed that the family the pair were going to 'wake up' her baby as she continued her fiery rant.

She was later seen screaming at the woman’s son to get away from her baby, even though he wasn't doing anything. 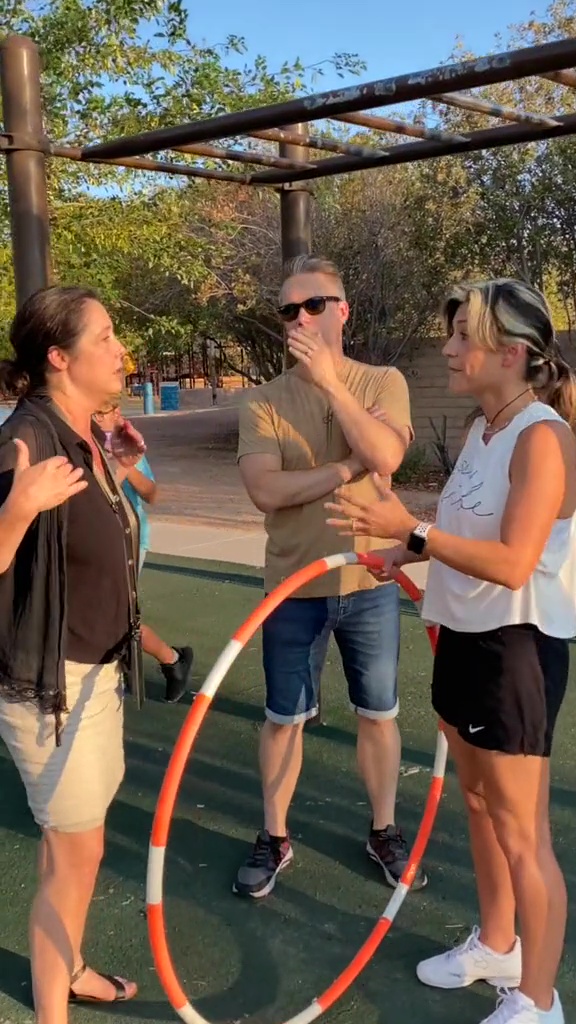 A local man filming the incident also appeared to take flack, as the mother looked directly into the lens – telling him to mind his own business.

Eventually the woman tool issue with Getti’s workout as she grabbed her hula hoop and tossed it on the ground, forcing her to get off the monkey bars.

Getti once again tried to explain that she was just working out, but the woman wanted to know why she was wearing 'revealing clothing.'

“You're wearing revealing clothing yourself.” Getti hit back at the mom, who had on a cardigan over a sleeveless V-neck top and a skirt.

The woman then grabbed Getti's hula hoop from her.

"Let me show you what you can do for a TikTok," she said before throwing it into a lamppost.

"Find somewhere else to bare your belly," she added.

The clip was posted on TikTok on August 29 where it soon went viral – racking up more than 2.4 million times.

It also has received more than 14,000 comments from people who were staggered by the woman’s actions.

“Has she never been to a public swimming pool?!'”one person asked.

“I could never imagine thinking someone's stomach is more harmful to a child than her behavior and language,” another added.

However, others were convinced the video has to be staged, as one TikTok user suggested that it was “very much an acted out skit.”

“No way this is real,' someone else said.

Another concurred: “This cannot be real.”

However, Getti insisted in the comments that it was “no joke,” adding that she is “still shaken” by the unprovoked confrontation. 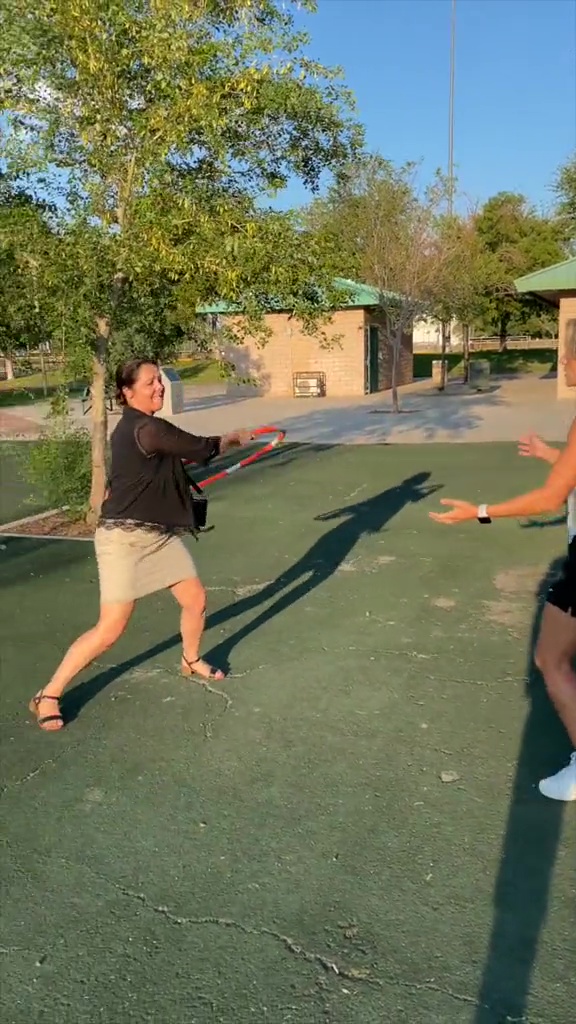 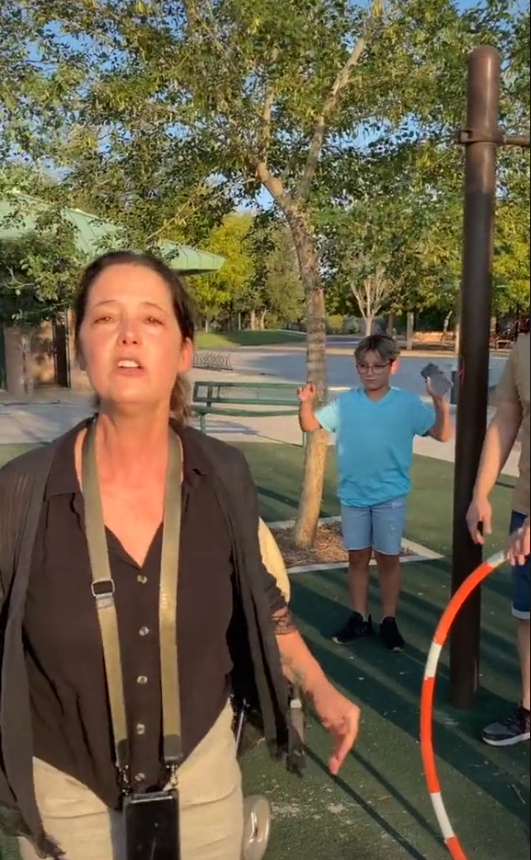 at, flashing, for, Girl, Mom, rages
You may also like: