DRIVERS confronted idiot activists who blocked a major London roundabout and delayed an ambulance this morning.

Furious motorists snatched a banner from the idiots while others tried to push them out the way over their dangerous antics. 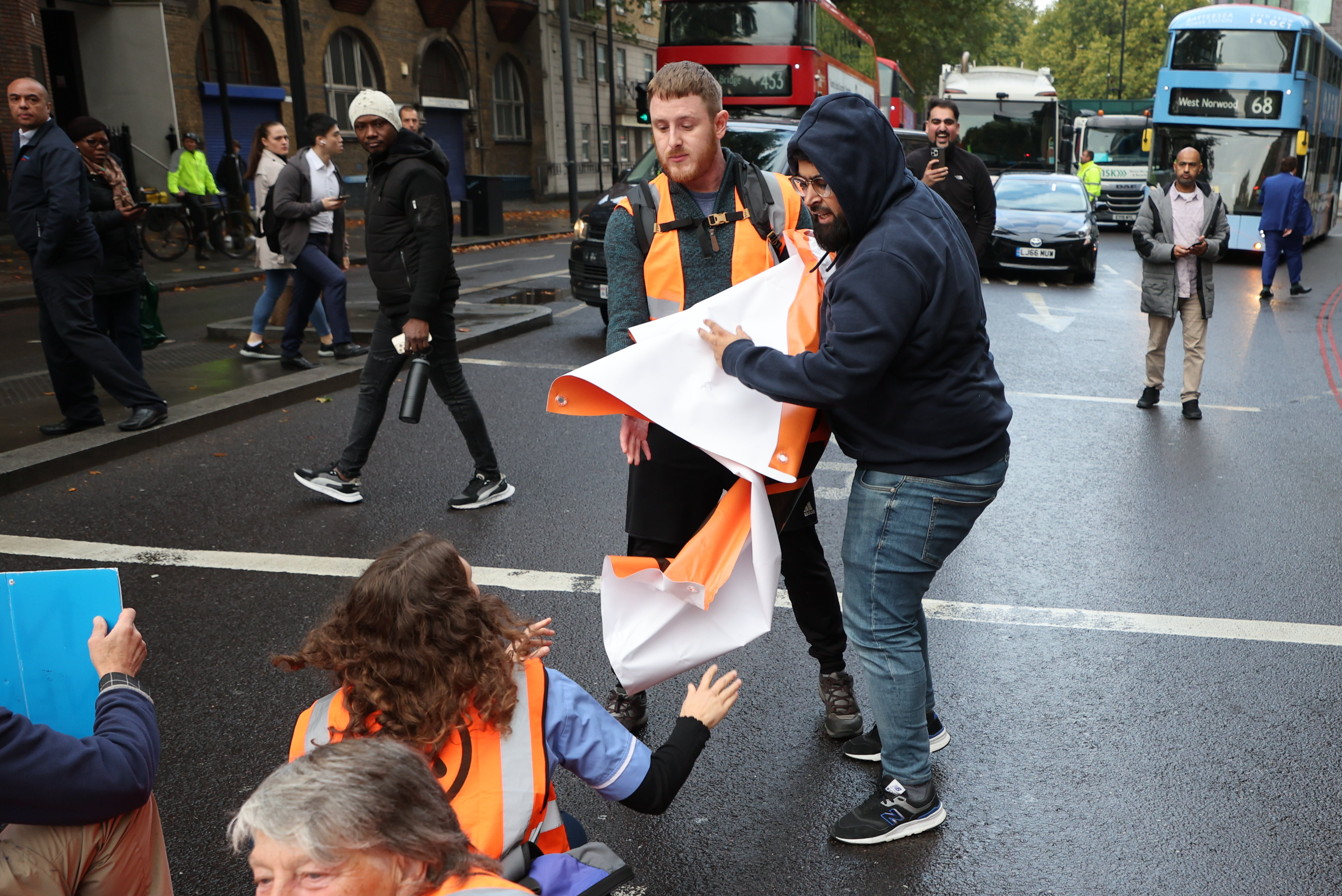 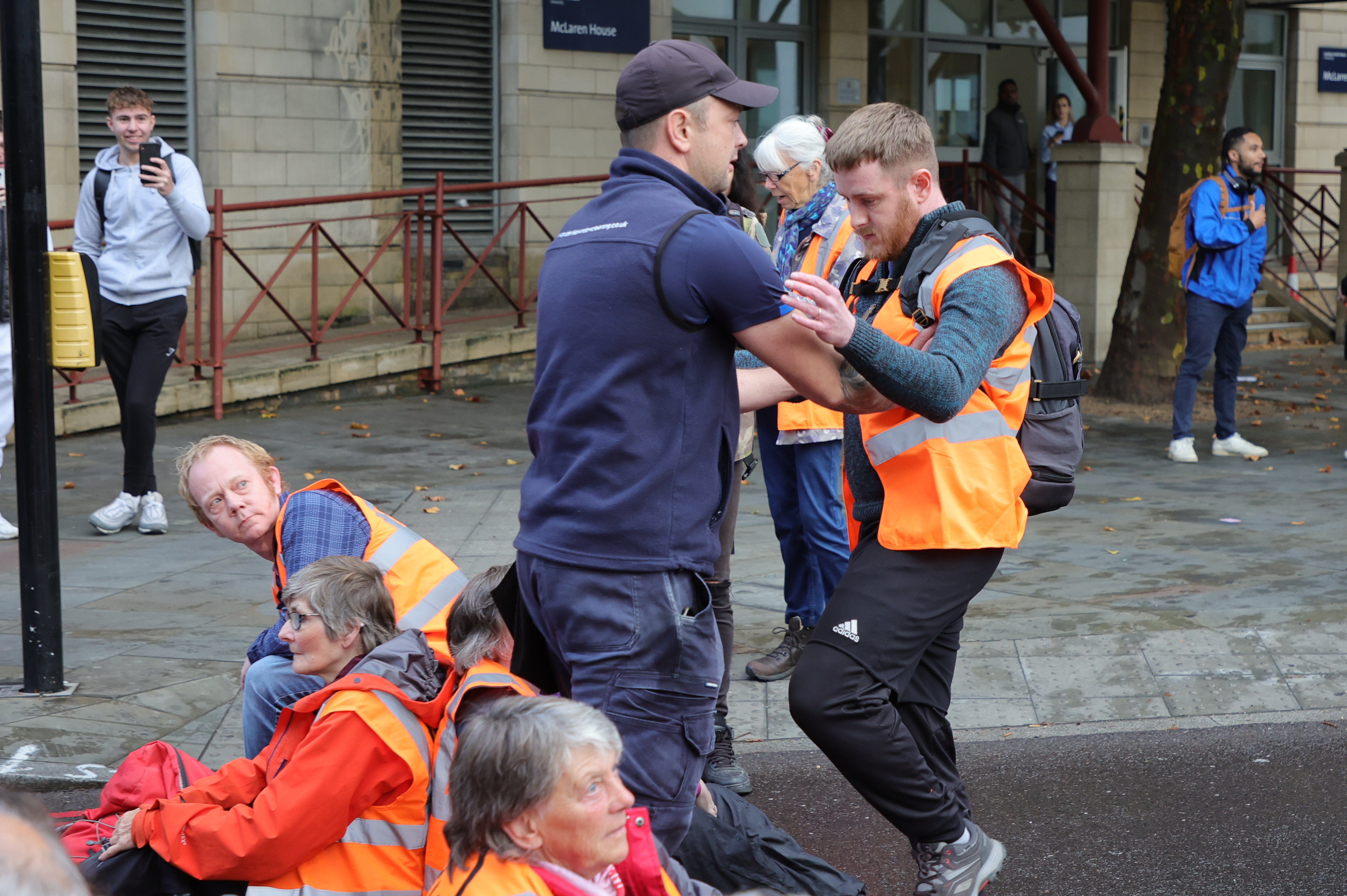 Around 25 eco-yobs blocked traffic at St George's Circus in Southwark, South London, this morning, and some glued themselves to the tarmac.

One mum begged them to move so she could get her disabled daughter to school while a taxi driver told them: "I need to make a living."

The stunt also delayed an ambulance that may have been needed in an emergency.

More than a dozen buses were also held up. 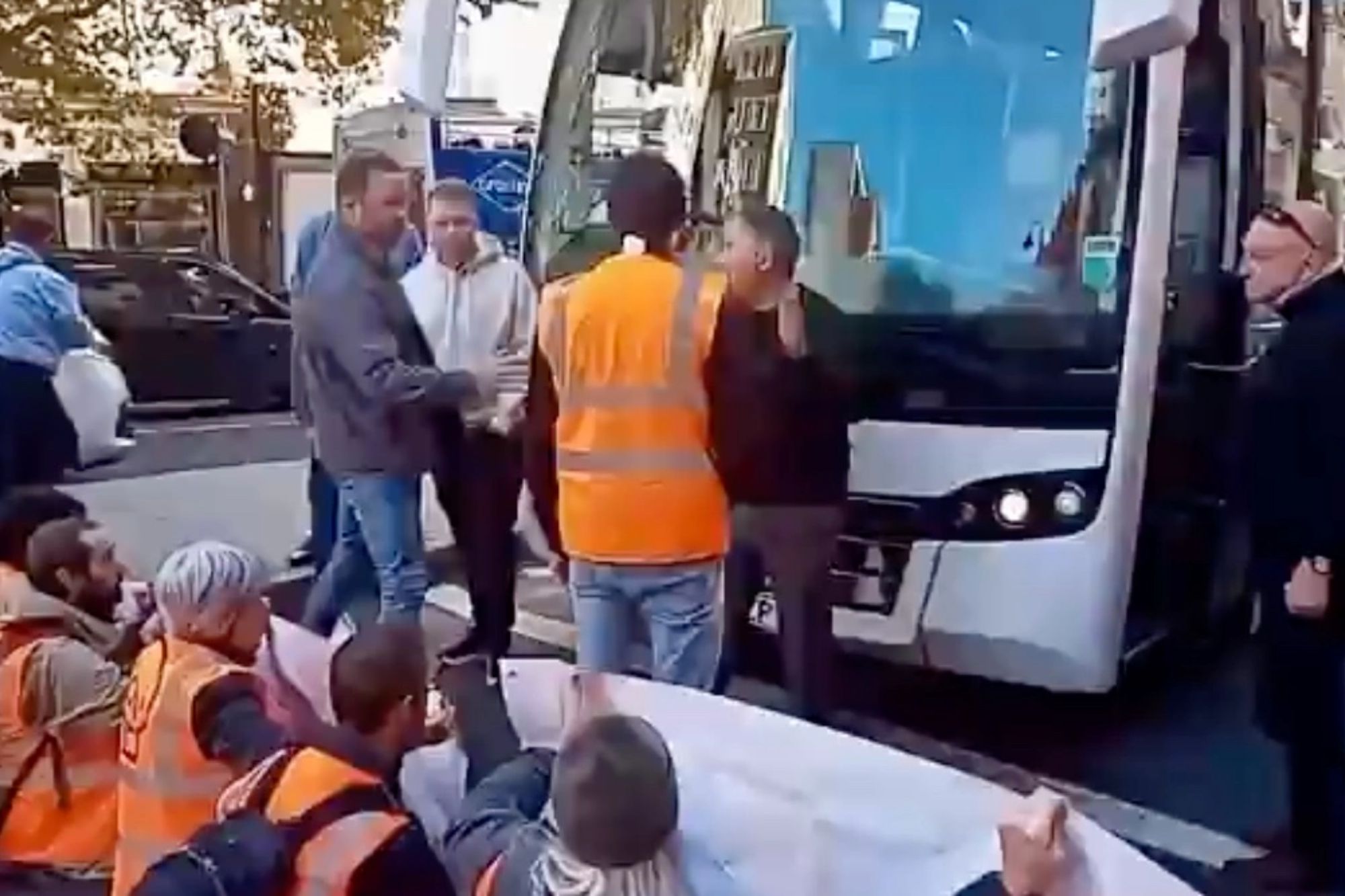 Police arrived on the scene shortly after and took many of the protesters away in handcuffs.

It comes during the group's 13th consecutive day of protests. More than 337 members have been arrested during them, the group said.

Two drivers also clashed at today's protest. One motorist pushed a protester before another shouted: “Don’t touch him. Leave him alone.

"What do you think you’re f***ing doing? Let the police deal with it?”

The first driver asked where the police were, but the other responded: “You can’t f***ing attack them like that. You can’t touch them. You can’t physically attack them. Stupid c***.”

Yesterday protestors despicably blocked a sick baby from getting to hospital.

The eco-warriors refused to move despite a man telling them about the situation and begging them to move.

An ambulance was also forced to reverse and find another route when the protesters blocked a major junction in Knightsbridge, Central London.