This is the heart-stopping moment that an out-of-control motorbike crashed into the front of a clothes shop – narrowly missing a pregnant woman and staff.

One staff member initially seems to notice the bike before turning back to her conversation.

The bike then crashes through the shopfront with the bike stopping on the floor before it hits the group while its driver goes flying over the counter. 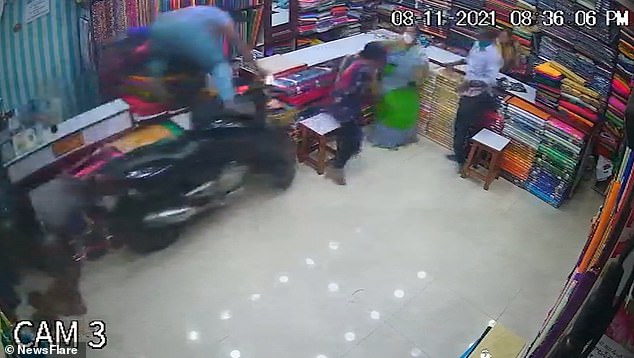 The driver can be seen flying into the Madhu Matching garment shop in Khammam, India

After the crash, several people come into the shop in order to check on those inside.

Madhu Matching is soon flooded by onlookers who were hoping to understand what had happened.

Madhu, the owner of the shop, said the rider was 16 years old and had been driving rashly when he lost control of the vehicle. 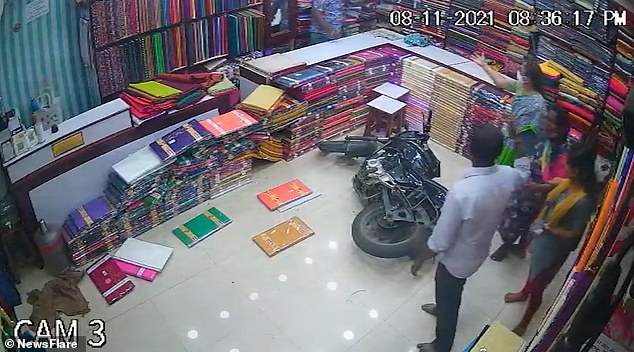 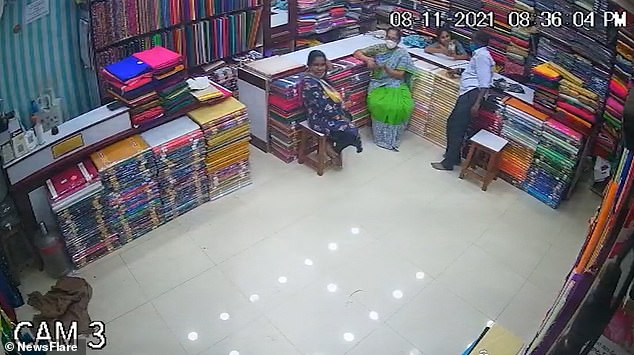 The owner also said that the breaks had failed on the bike which meant he could not stop himself ramming into the shop.

Police have seized the vehicle and registered a case of rash and negligent driving.

The driver was miraculously unharmed from the crash and no one inside the shop was harmed.