Jerusalem: A Jewish man killed during an eruption of Mideast violence has given new life to an Arab woman in bitter times.

Yigal Yehoshua, 56, died May 17 after being pelted with rocks amid clashes between Arabs and Jews in Israel’s mixed city of Lod.

The ethnic violence was triggered by protests and clashes in Jerusalem that also ignited an 11-day Gaza War. 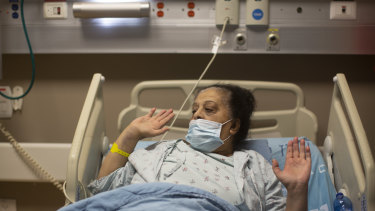 Randa Aweis has spoken to the donor’s widow.Credit:AP

In Lod and other mixed cities inside Israel, groups of Arabs and Jews fought each other in the streets, torched cars and businesses, and savagely beat up anyone from the other side who crossed their path.

But after days and nights of war and ugliness, there was a rare moment of hope, when Randa Aweis, a 58-year-old mother of six, got one of Yehoshua’s kidneys after a 10-year wait.

He was registered as an organ donor; the Jewish man and the Arab woman were medically a match. 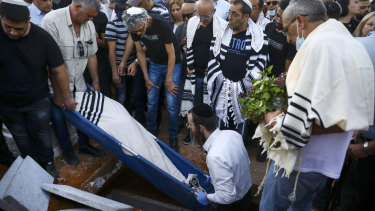 Mourners at the funeral of Yigal Yehoshua in Hadid. Credit:AP

“I could not believe it,” she said in an interview Monday at the Hadassah Medical Centre in Jerusalem. “I’m telling you, I couldn’t believe it.”

“They saved me,” she said. “People say he was a good man, that he didn’t do any harm, so why was he murdered? … That’s forbidden. There must be peace between Jews and Arabs, real peace.”

Israelis long accustomed to periodic unrest in Gaza and the occupied West Bank were shocked by the violence, which hit closer to home than at any point since the 2000 Palestinian intifada, or uprising. At times, it seemed like the start of a civil war.

US Secretary of State Antony Blinken began his maiden trip to the Middle East on Monday, a four-day visit to Israel, the West Bank, Egypt and Jordan designed to solidify the Israeli-Hamas cease-fire and to help organise a UN-led effort to bring humanitarian aid and reconstruction to bomb-ravaged Gaza. 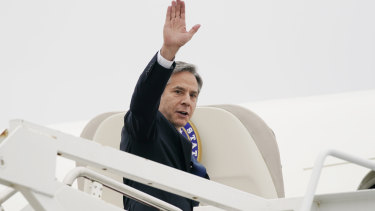 “The most important thing is that the cease-fire does hold,” said a senior State Department official who spoke to reporters on the condition of anonymity imposed by the department.

Israel’s Arab citizens, who make up 20 per cent of the population, said the violence was rooted in longstanding grievances. They have citizenship, including the right to vote, but face widespread discrimination. They also have close familial ties to the Palestinians and largely identify with their cause, leading many Jewish Israelis to view them with suspicion.

“I share in the sorrow of the family of the late Yigal Yehoshua who was murdered in a lynch carried out by Arab rioters in Lod,” Israeli Prime Minister Benjamin Netanyahu said when the death was announced last week.

“We will settle accounts with whoever participated in this murder; nobody will escape punishment,” he added.

Police have arrested several suspects in connection with the violence.

Aweis never met Yehoshua but she spoke to his widow on a tearful video call. She hopes to visit his family in person once she has recovered from the transplant.

“Yigal saved me, and as much as I say thank you to the family, to everyone, it’s not enough.”

Arab, hope, moment, of, rec, woman
You may also like: