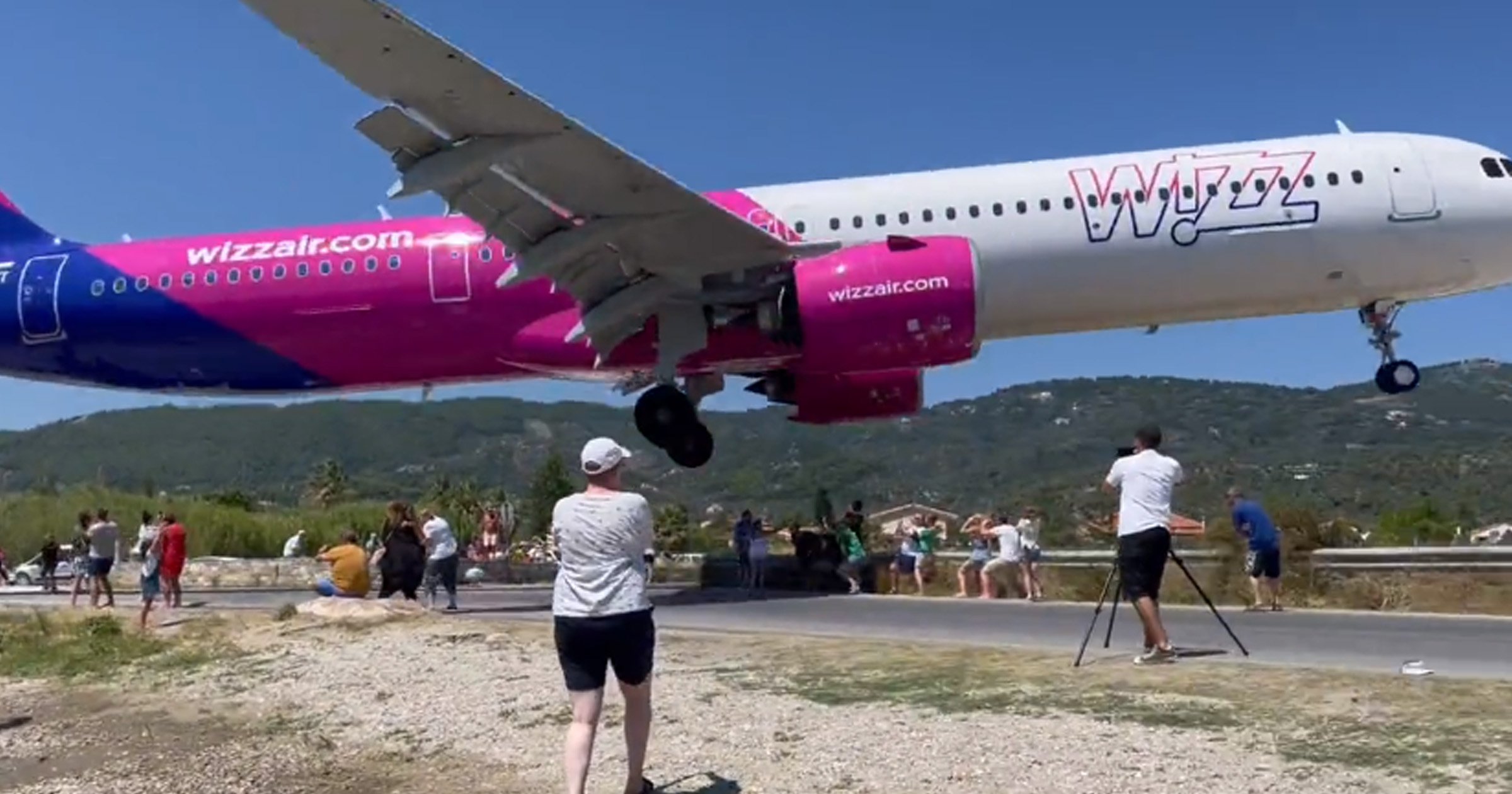 This is the moment an Airbus 320 skims just yards over people’s heads as it comes in to land on Greece’s Skiathos island.

Plane spotters were staggered by the close shave with the Wizz Air plane, which barely cleared the perimeter fence.

The island’s layout means the runway at Skiathos Alexandros Papadiamantis Airport is very short, so pilots have to make a particularly low approach.

For this reason, it’s become a popular spot for thrill-seeking plane spotters hoping to get some close-up pictures.

There are warning signs and traffic light in place, so people standing there are doing so at their own risk.

Even seasoned visitors were taken aback by this particular landing, which was uploaded to YouTube last week by plane enthusiast GreatFlyer.

One person even moves out of the way as the aircraft approaches overhead, while people’s gasps are drowned out by the noise of the engine.

Another woman’s cap was blown towards the ocean while onlookers were pushed back by the force of the jet.

GreatFlyer asked followers if the touch-down was the ‘new lowest landing’ at the airport.

Explaining why such a low landing is possible, one aviation enthusiast commented: ‘High temperature and very short runway, you have to do a deep landing to maximise the available runway for stop.

‘Low cost airlines operates with short turnaround times, if you overheat the brakes you mess up the schedule if the plane.’

Another joked: ‘How many of the spectators do you think needed new pants?’.

Congratulating the pilot for their composure, one viewer posted: ‘That was absolutely insane! Wonderful capture mate, awesome job!