More than 800 arrests after protests erupt over Putin's mobilisation order 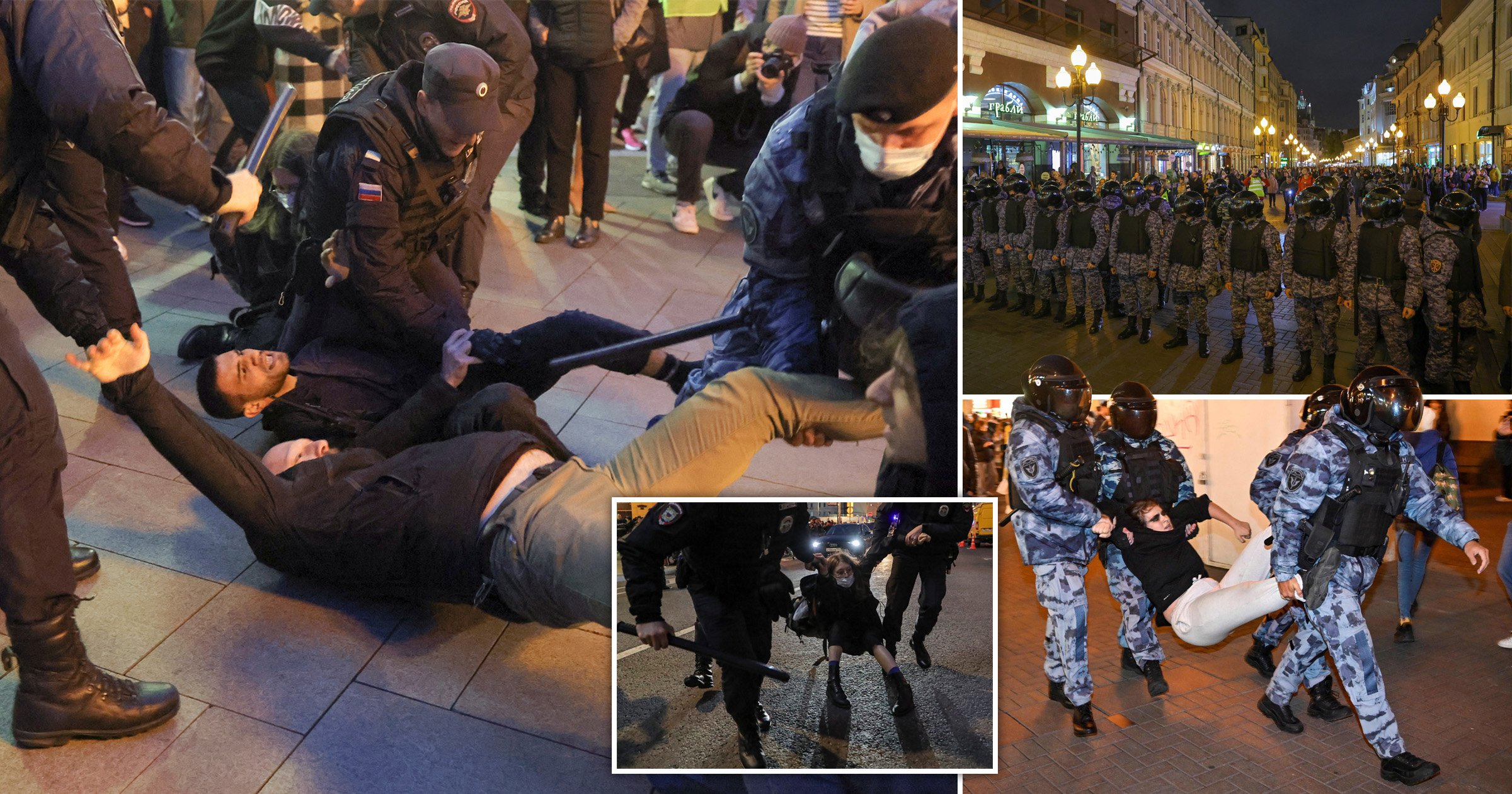 More than 800 people have been arrested across Russia after protesters took to the streets to object to Vladimir Putin’s mobilisation order in Ukraine.

In Moscow, 303 people have been arrested, with reports of officers with batons dealing with crowds ‘brutally’.

Meanwhile, 279 people have been detained in St. Petersburg and 40 in Yekaterinburg.

Large protests haven’t been seen in Russia for five or six months after the Kremlin introduced new laws to silence dissent.

But fresh unrest comes after the Russian president announced a partial military mobilisation, with 300,000 reservists set to be called up.

It appeared to be an admission that Moscow’s war against Ukraine was not going according to plan after nearly seven months of fighting.

It comes as the Kremlin attempts to regain ground in the face of an unexpected counter-attack by Ukraine’s forces.

Moscow-controlled regions in eastern and southern Ukraine are set to hold ‘sham referendums’ on becoming parts of Russia.

This could give the Kremlin the pretext for a wider war as Putin would be able to claim parts of his state were being attacked.

In his biggest speech since troops invaded Ukraine earlier, Putin also warned he ‘wasn’t bluffing’ when he vowed that Russia would use its weapons of mass destruction if its territory was threatened.

He accused the West of ‘nuclear blackmail’ and claimed ‘high-ranking representatives of the leading Nato state’ had discussed the possibility of using weapons of mass destruction against Russia.