A Colorado mom is suing Facebook parent company Meta over claims her daughter got hooked on the social media platform aged seven, driving her to develop an eating disorder and self harm.

Cecilia Tesch, from Pueblo, claims that her daughter, named as RF in court papers, got addicted to the social media site aged just seven and that the fixation cause her to develop an eating disorder.

She also claims that the girl, who is now 13, started to self-harm because of her ‘addictive and problematic use of the platform’.

Tesch also alleges that the youngster would be kept up all night from notifications delivered to her devices by Facebook.

The lawsuit, filed at the US District Court in Denver, claims that her daughter’s interests in other activities declined and her sleep suffered due to ‘constant notifications’ from the app.

Facebook has long stipulated that the platform is for users aged 13 and up only. It is unclear what steps – if any – Tesch took to try and limit her daughter’s internet use and prevent her from accessing Facebook.

Tesch, who is seeking unspecified damages, filed her lawsuit on July 20 against Meta, which also owns Instagram, through her lawyer.

She claims that the girl suffered from sleep deprivation, body dysmorphia, an eating disorder, self-harm, severe anxiety and depression.

It also alleges that teenagers are particularly vulnerable to using social media on excess levels, adding that neither Tesch nor her daughter were ‘aware of the clinically addicting and mental harmful effects of Facebook.’ 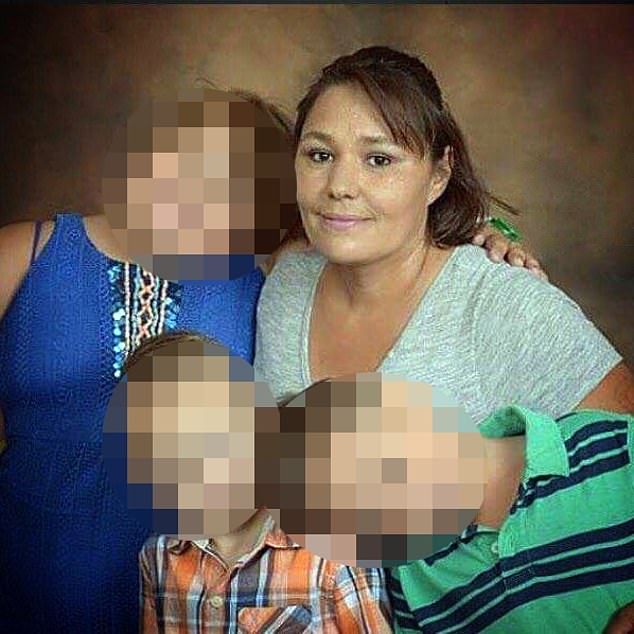 Cecilia Tesch, from Pueblo, Colorado, has launched the lawsuit against Meta after her daughter suffered from several conditions after becoming ‘fixated’ on the website 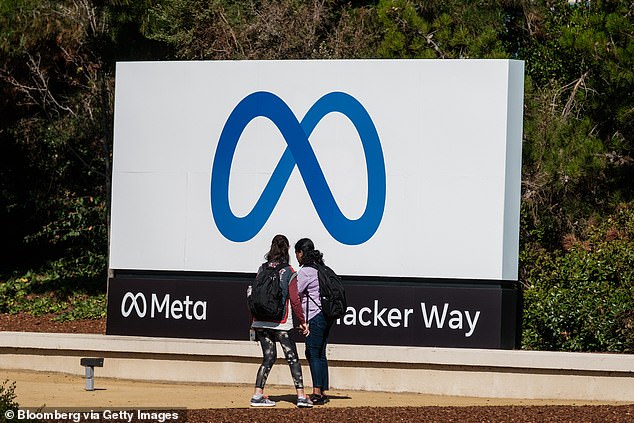 She also claims that her daughter, who is now 13, started to self-harm because of her ‘addictive and problematic use of the platform’

Her daughter reportedly ‘developed numerous mental health conditions with which she still struggles.’

The suit claims that the social media platform has negligent design problems, and they fail to warn uses of the perils.

As well as that they claim that Meta ‘designed Facebook to allow children and adolescents to use, become addicted to, and abuse their product without the consent of the users’ parents.’

The lawsuit claims that the plaintiffs believe Facebook’s age verification measures are ‘weak’ and access the company of knowingly exploiting ‘vulnerable users’ to drive profit.

Meta and Tesch did not immediately respond to requests for comment by DailyMail.com.

This is not the first-time social media platforms have come under fire over their treatment and safeguarding of children and adolescents.

Last month two mothers launched a lawsuit against Instagram for ‘driving girls to anorexia and suicide attempts by pushing calorie-restrictive recipes and pics of skeletal models to top of their feeds.’

They claim the app targeted their daughters – and millions of other vulnerable girls – with calorie-restrictive recipes, photos of skeletal models and a fatal algorithm which pushed both to the top of the girls’ feeds.

In Wuest’s daughter’s case, she tried to take her own life after writing in letters about the crippling societal pressure to be thin and beautiful. Alex, Jennifer’s daughter, tried to kill herself after relapsing several times.

The families’ complaints are not the first of their kind but they compound the widely-held belief that Instagram is detrimental to young people at the most crucial stage of their adolescence.

Since June, 12 lawsuits have been filed against Meta alleging similar harm. None have yet been settled.

They come as the result of bombshell internal papers that last year revealed Meta knew about the harm it was causing among young people.

It has failed to adjust its algorithm since then and has failed to adequately address the problem despite making minor changes like adding time prompts and resource information for people with eating disorders or suicidal thoughts to some posts.

META KNOWS ITS APPS ARE HARMFUL TO YOUNG GIRLS

Meta knows Instagram is toxic for young girls and has done for at two years but continues to add beauty-editing filters to the app, despite 6 percent of suicidal girls in America blaming it for their desire to kill themselves.

Leaked research obtained by The Wall Street Journal and published last September reveals that since at least 2019, Facebook has been warned that Instagram harms young girls’ body image.

One message posted on an internal message board in March 2020 said the app revealed that 32 percent of girls said Instagram made them feel worse about their bodies if they were already having insecurities.

Another slide, from a 2019 presentation, said: ‘We make body image issues worse for one in three teen girls.

‘Teens blame Instagram for increases in the rate of anxiety and depression. This reaction was unprompted and consistent across all groups.’

Another presentation found that among teens who felt suicidal, 13% of British users and 6% of American users traced their suicidal feelings to Instagram.

But the company has not taken any drastic steps to change its algorithm since then, to the dismay of parents around the world.

It has time prompts in place to tell users when they are spending too long on the app, and also deletes known anorexia or self-harm groups but only once it becomes aware of them.