The Earl and Countess of Wessex and their daughter paused to gaze at thousands of tributes left for the Duke of Edinburgh ahead of his funeral tomorrow. 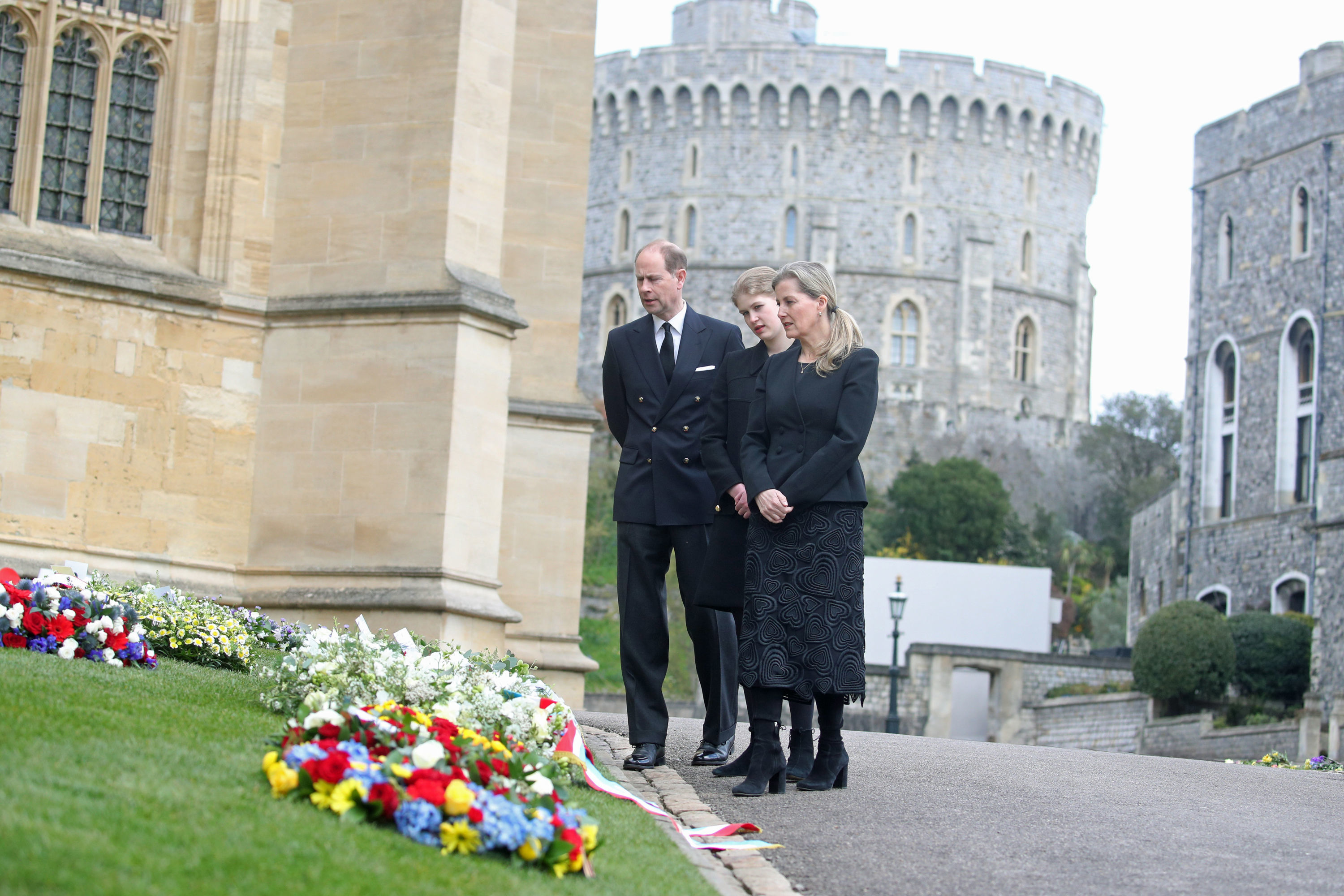 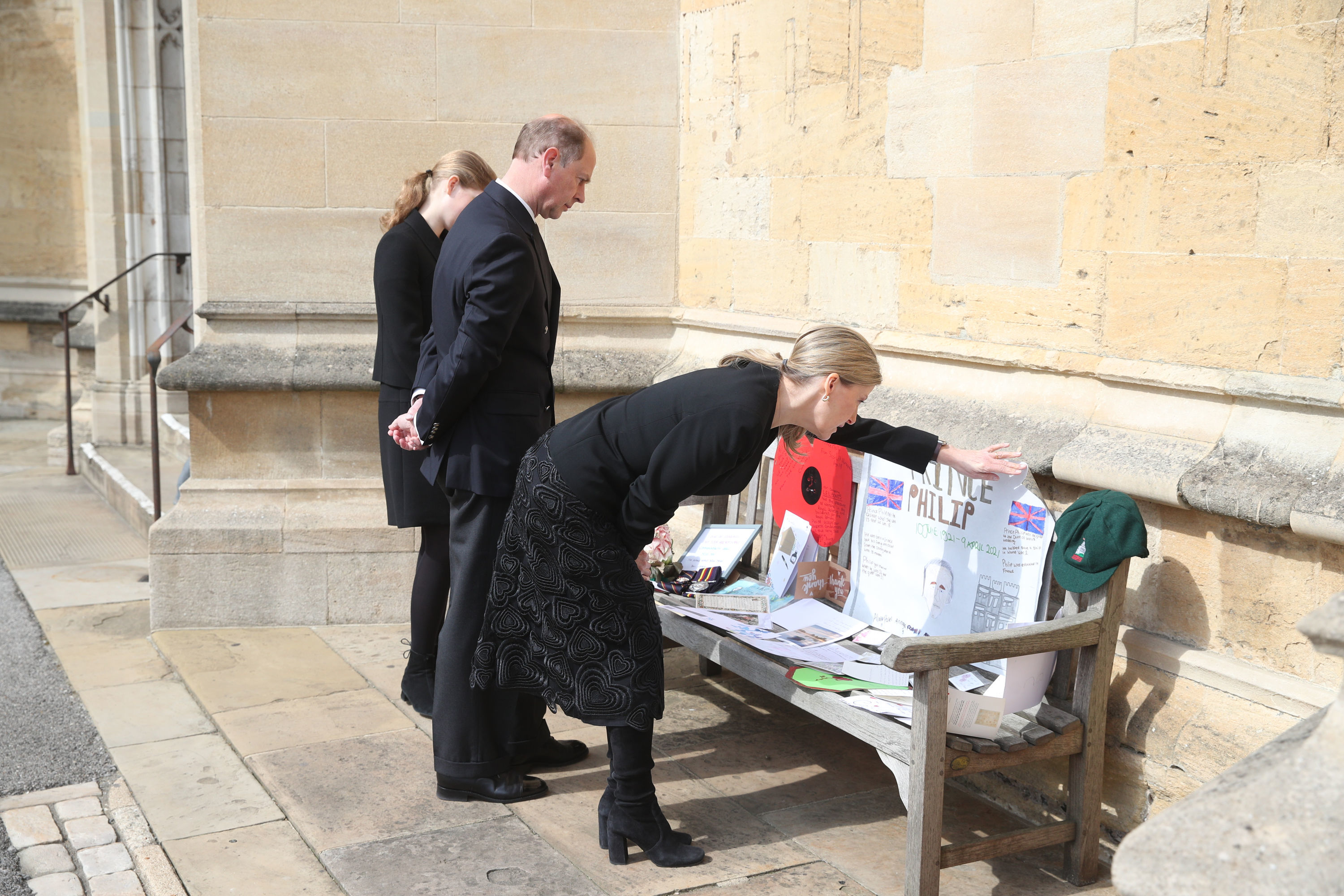 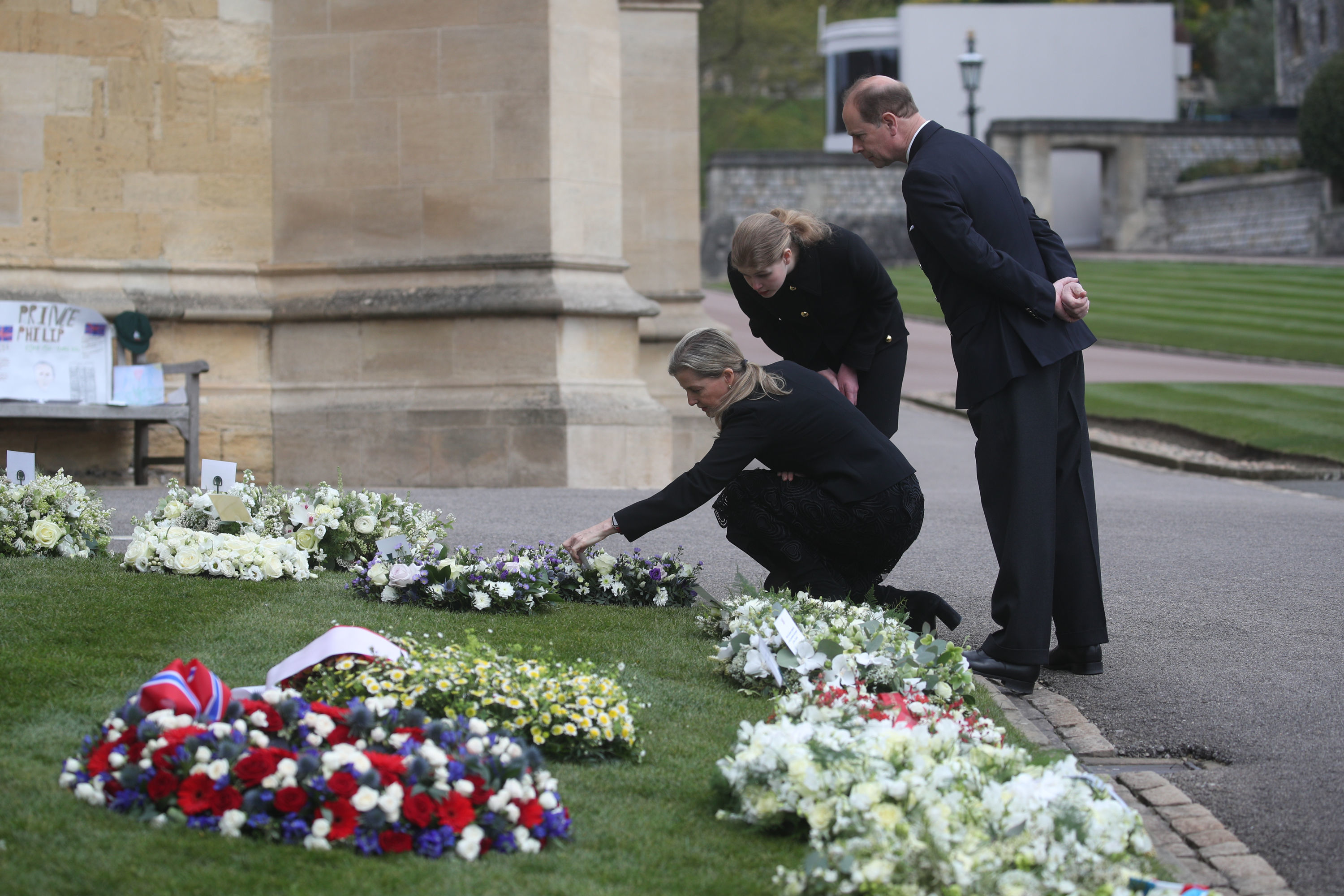 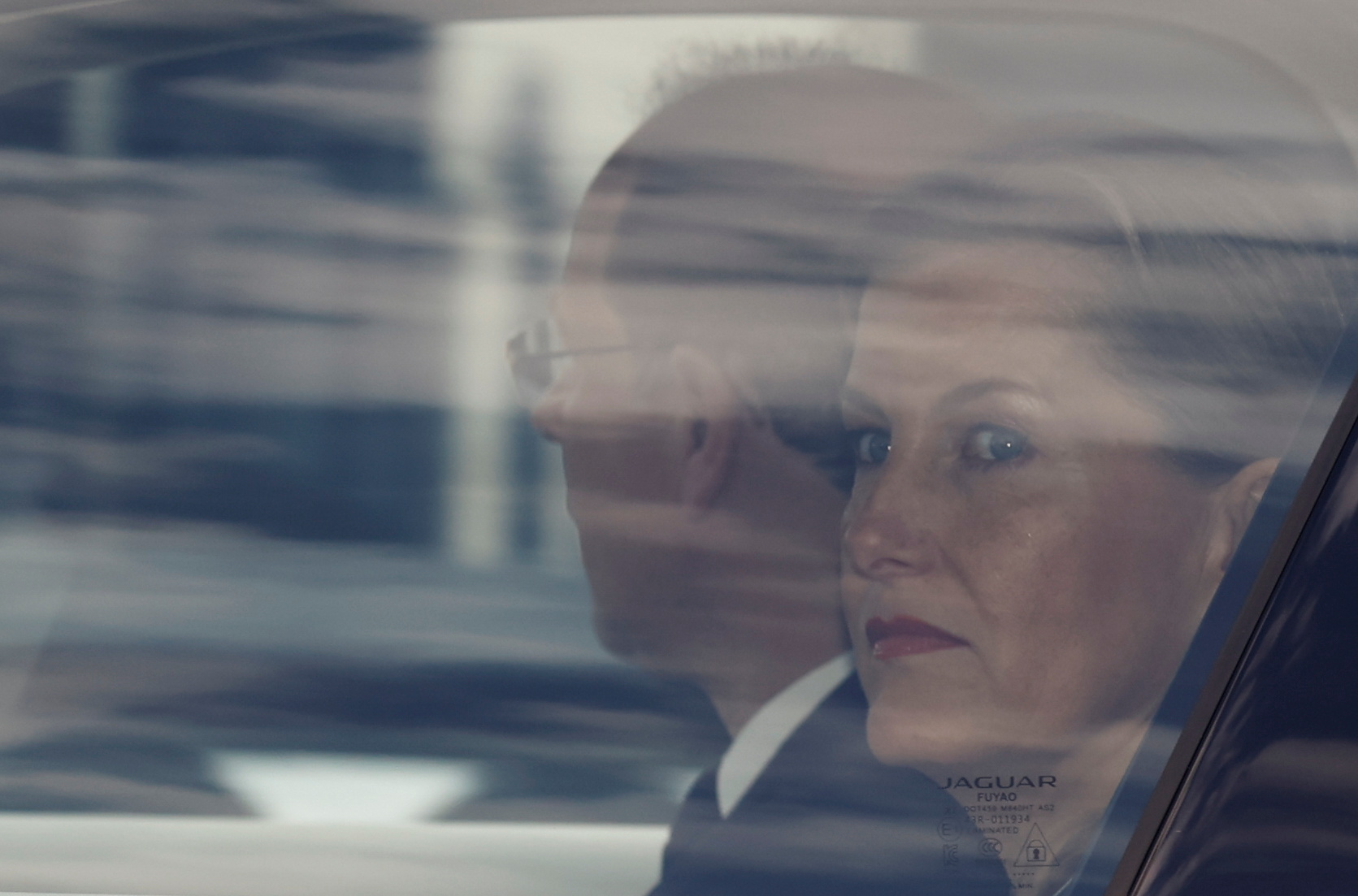 Members of the public have laid flowers outside St George’s Chapel, where the funeral will take place tomorrow afternoon.

Among them were wreaths bearing messages from Boris Johnson, Nicola Sturgeon and the Royal Navy.

The couple appeared touched by the tributes.

Sophie, while looking over handwritten letters from children, could be heard saying "how sweet", before speaking to her husband about the amount of flowers.

They walked around for about fifteen minutes before leaving.

It comes just a day after Edward paid an emotional tribute to his father, and said he “may have departed this world but his spirit lives on”.

The Earl of Wessex said the Duke of Edinburgh had a "unique ability to make a lasting impression" and was a person that "once met" was "never forgotten," as he thanked well-wishers for their support.

Edward, who has inherited a number of his father's patronages, thanked participants of both the Duke of Edinburgh Award, and the International Award, for sharing their memories of his father.

In a statement shared online, he wrote: "Reading just some of the wonderful memories you have shared about your experiences of the Duke of Edinburgh’s Award and, in some cases, of meeting my father, has been truly uplifting.

"I think I may have said once that he was a man that once met, never forgotten."

Meanwhile, the Countess of Wessex is reported to have given the Queen “tremendous comfort” following Philip’s death – which left a “huge void” in the monarch’s life.

She was one of the first to visit the Queen following the announcement of Philip's death.

At the weekend the countess tearfully described the Queen as "amazing".

The monarch has spent much of the pandemic isolated at Windsor Castle.

Sophie, Edward and their children Lady Louise, 17 and James, Viscount Severn, 13, have been regular visitors from their home at Bagshot Park, Surrey.

Prince Philip will make his final journal tomorrow in a Land Rover hearse he designed himself to St George's chapel at Windsor castle.

Prince Charles will lead the procession and will be met by 30 guests for the historic occasion.

In line with the Duke's wishes, he will be laid to rest in a ceremonial – rather than state – funeral. 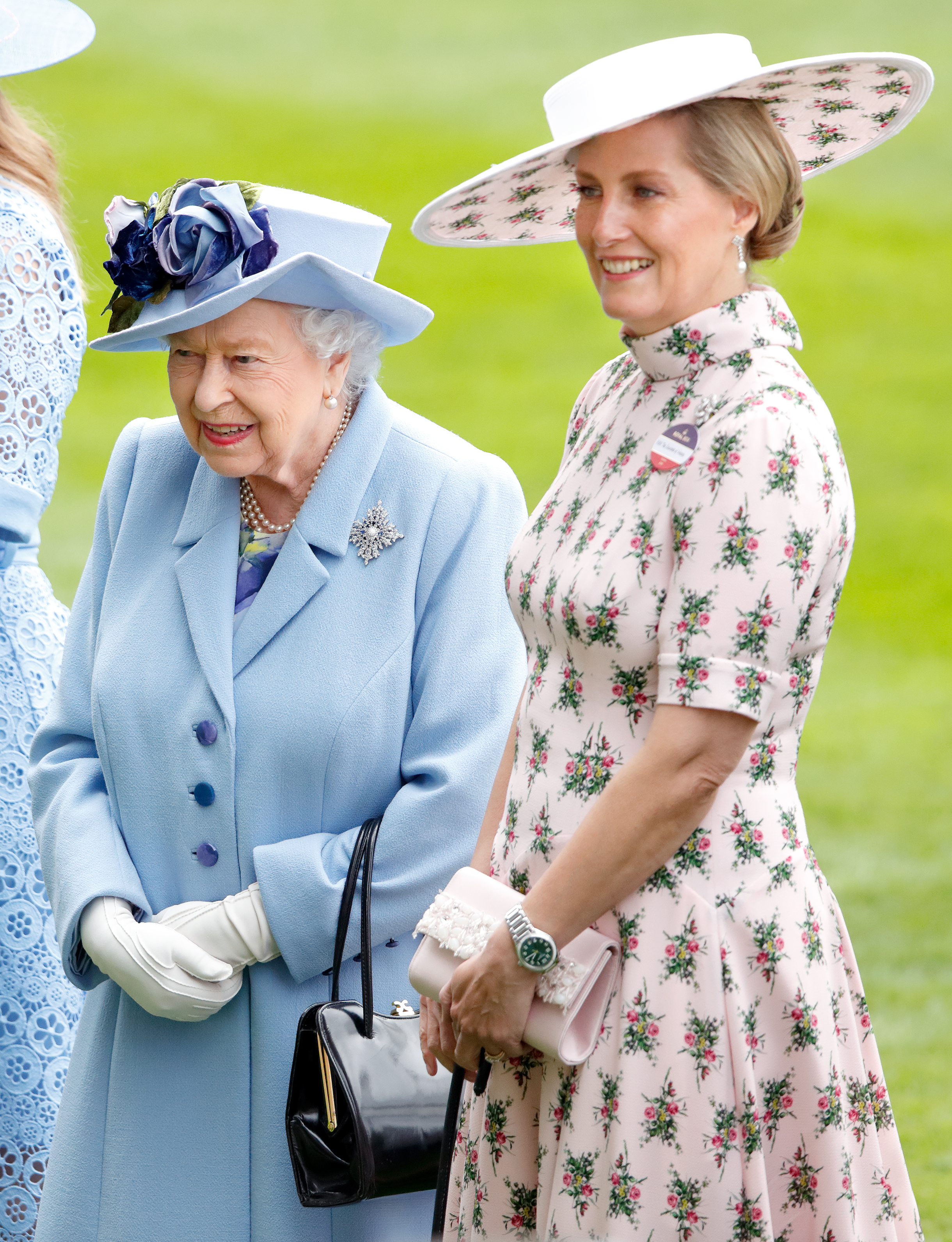 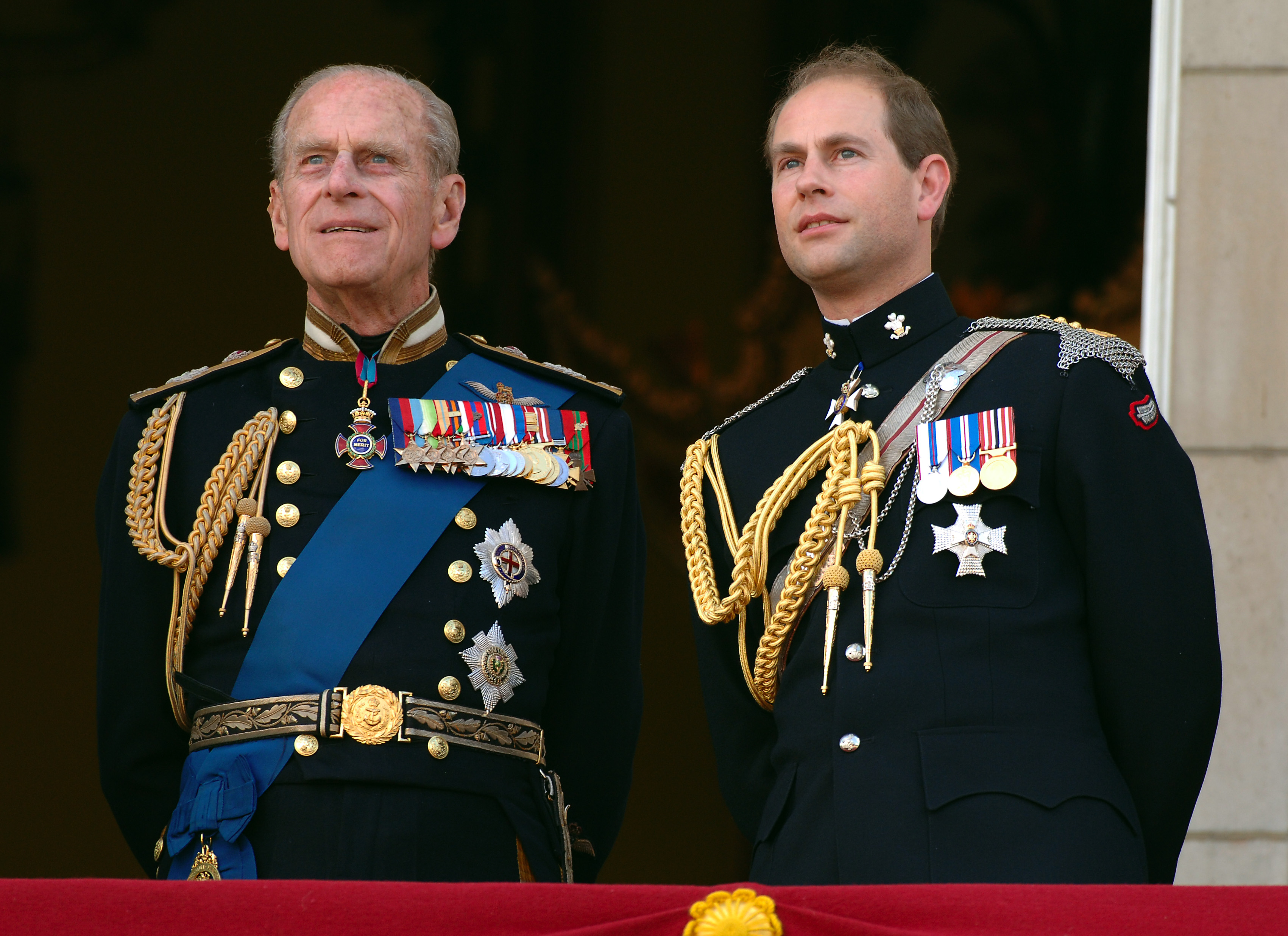 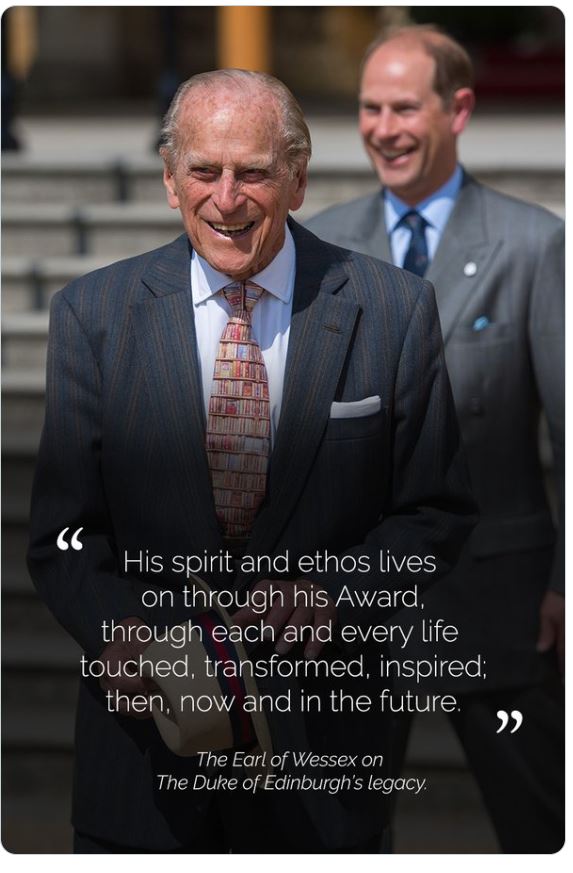 Action Stations, sounded on naval warships to signal all hands must go to battle stations, will be played at the request of the Duke.

Buglers of the Royal Marines will perform the wartime alert, a tradition sometimes associated with naval funerals, in honour of Philip's active service in the Royal Navy during the Second World War.

And the Last Post will be played to signify "a soldier has gone to his final rest".

A senior Palace official said: "Action Stations is a naval tradition and it is an announcement that would be made on a naval warship to signify that all hands, all those serving, on that warship should go into battle stations."

There will be no public procession as a result of the Covid restrictions – which allow a maximum of 30 guests – and the entire service will take place in the grounds of the castle.

Buckingham Palace revealed the list of attendees on Thursday.

All of the duke's grandchildren and their spouses – including William, Harry, Eugenie and Beatrice – will also be attending.

Three of Philip's German relatives – Bernhard, the Hereditary Prince of Baden; Donatus, Prince and Landgrave of Hesse; and Prince Philipp of Hohenlohe-Langenburg – are among the attendees.

Philip's coffin will rest on a catafalque in the Quire and be draped with his personal standard, and decorated with a wreath of flowers and his Naval cap and sword.

The duke also personally selected the regalia – the medals and decorations conferred on him by the UK and Commonwealth countries – together with his Royal Air Force wings and Field Marshal's baton, which will be pre-positioned on nine cushions on the altar in the chapel.

Prince Philip's coffin will be interred in the Royal Vault at Windsor Castle after his funeral.

General Sir Nick Carter, the head of the Army, today said Philip's funeral will have “his fingerprints all over it”.

Speaking ahead of the service, he told BBC Radio 4's Today programme: “I think that what people will notice in all the different details in terms of the ceremony, that his fingerprints were over it.

“And it reflects his wide interests and his attention to detail.”

Sir Nick added that the funeral will also reflect the high esteem in which the Duke of Edinburgh was held by the military.

He continued: “It will reflect military precision and above all, I think, it will be a celebration of a life well-lived."