One person has been killed and 12 others were wounded in a mass shooting at a supermarket in the Memphis, Tennessee region on Thursday.

The shooter killed himself after the rampage, according to authorities. Several store employees hid in freezers and locked closets during the horror.

The shooting took place at a Kroger in Collierville, a suburb just east of Memphis, according to Fox 13 TV.

The Collierville chief of police said the department received a report of an active shooter at 1:30pm. The first officers arrived on the scene four minutes later.

After the store was secure and the shooter confirmed dead, police were still investigating the shooter’s car as well as personal equipment that is believed to have belonged to him.

‘This is the most horrific event to happen in Collierville history,’ Collierville Chief of Police Dale Lane said.

The condition of the victims is not known as of 4pm Eastern time, though law enforcement officials said they are suffering from ‘very serious injuries.’

A number of customers fled the store while employees too shelter in the freezer, according to reports. 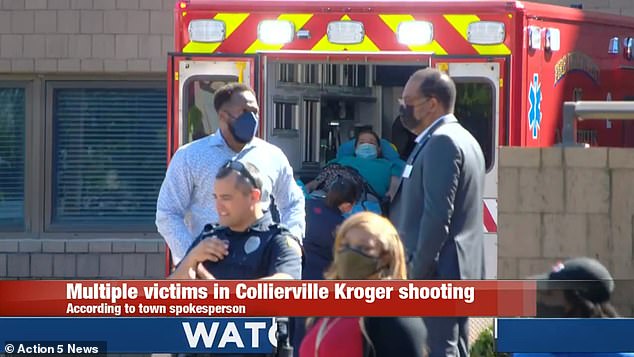 An active shooter has been reported at a supermarket in the Memphis, Tennessee region with witnesses saying that several people were wounded 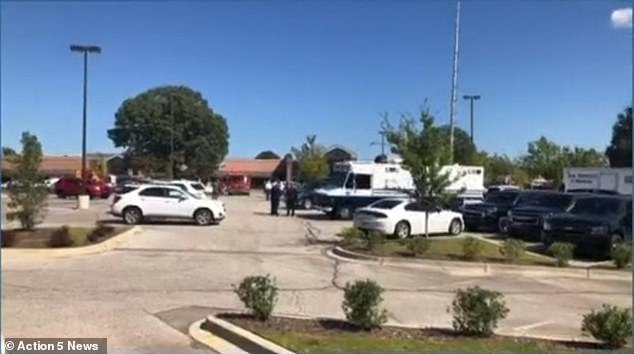 A massive presence of law enforcement officials was seen at the Kroger supermarket in Collierville, Tennessee on Thursday 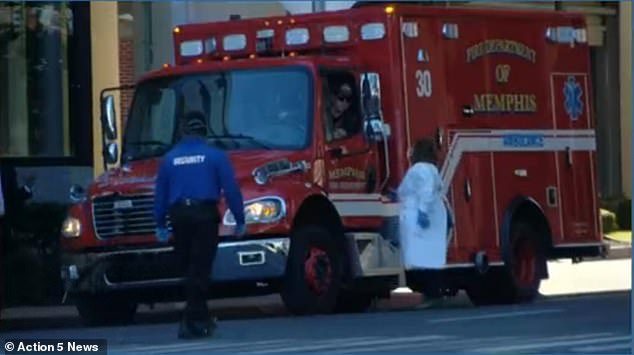 Initial reports indicate that at least nine people were shot

SWAT team officers helped the employees run to safety. A Kroger employee who escaped to the roof was rescued by responding officers, according to police.

A Fox 13 TV reporter witnessed three victims on the ground, though their condition is not known.

Two medical helicopters were in the area to evacuate victims, according to witnesses.

The shooting was reported at the Kroger supermarket on Byhalia and Poplar Avenue in Collierville. 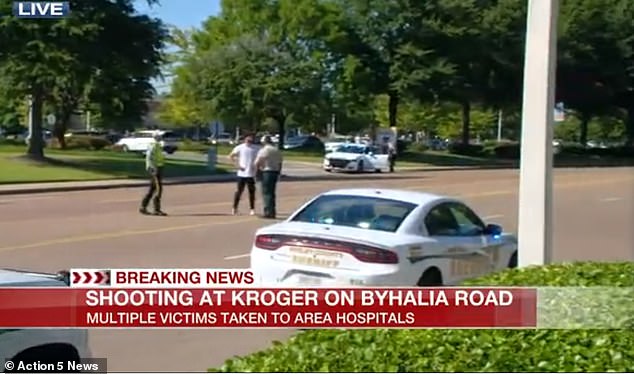 The Collierville chief of police said the department received a report of an active shooter at 1:30pm 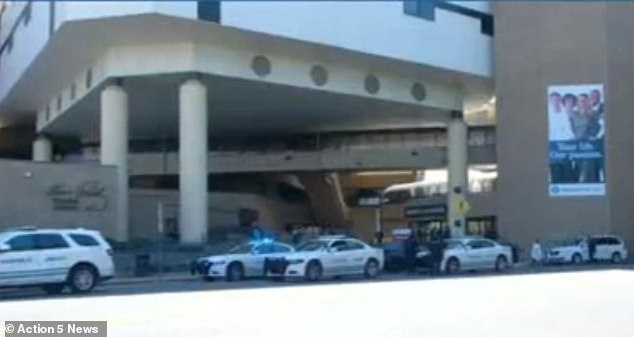 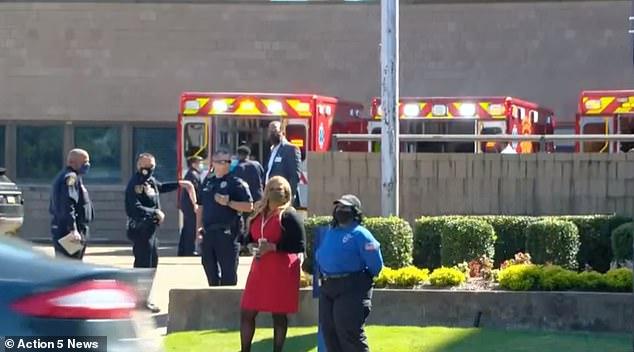 The ATF is heading to the scene and will be helping with the investigation. The Memphis Police Department has also sent personnel to assist with the probe

First responders have arrived at the scene. Several individuals have been rushed to the hospital, WMC-TV reported.

Glenda McDonald, a Kroger employee who works in the store’s floral department, said she was not injured but was shaken.

McDonald said she walked out of the back office to the floral counter when she heard a loud noise that sounded similar to a gunshot.

‘I just ran out the door,’ McDonald said. ‘I left my purse, my keys, everything.’

Schools in the region were placed on lockdown.

Parents of students at Collierville High School received a message indicating that there was a shooting off-campus.

A lockdown was announced but it has since been lifted.

The ATF is heading to the scene and will be helping with the investigation. The Memphis Police Department has also sent personnel to assist with the probe.

‘Tons and tons of cop cars flying towards the back entrance of the Kroger on the street that runs behind it and they blocked it all off, and then they’re all opening up their trunks and grabbing shotguns,’ Reis told Memphis Commercial Appeal.

‘And then they all started swarming around.’

Reis said he witnessed four paramedics carrying away someone without a shirt.

‘There were some people out. There was somebody without a shirt on,’ Reis said.

‘I know at one point I did see them basically, like four people go over to that person and pick that person up and carry them away from that area.’

A spokesperson for Regional One Health said the hospital was expecting patients.

in, injured, mas, Multiple, people
You may also like: