Follow
Home » World News » Mum, 36, sleeps with hammer by her side after council left her and son, 11, without a proper front door for TWO MONTHS

Mum, 36, sleeps with hammer by her side after council left her and son, 11, without a proper front door for TWO MONTHS

A MUM has revealed she has been forced to sleep with a hammer by her side in fear of intruders after the council left her without a proper front door for two months.

Danielle Francis, 36, has been living in a council flat without a working front door since July 25 when it was broken down by firefighters attending to an accidental cooker fire in the flat. 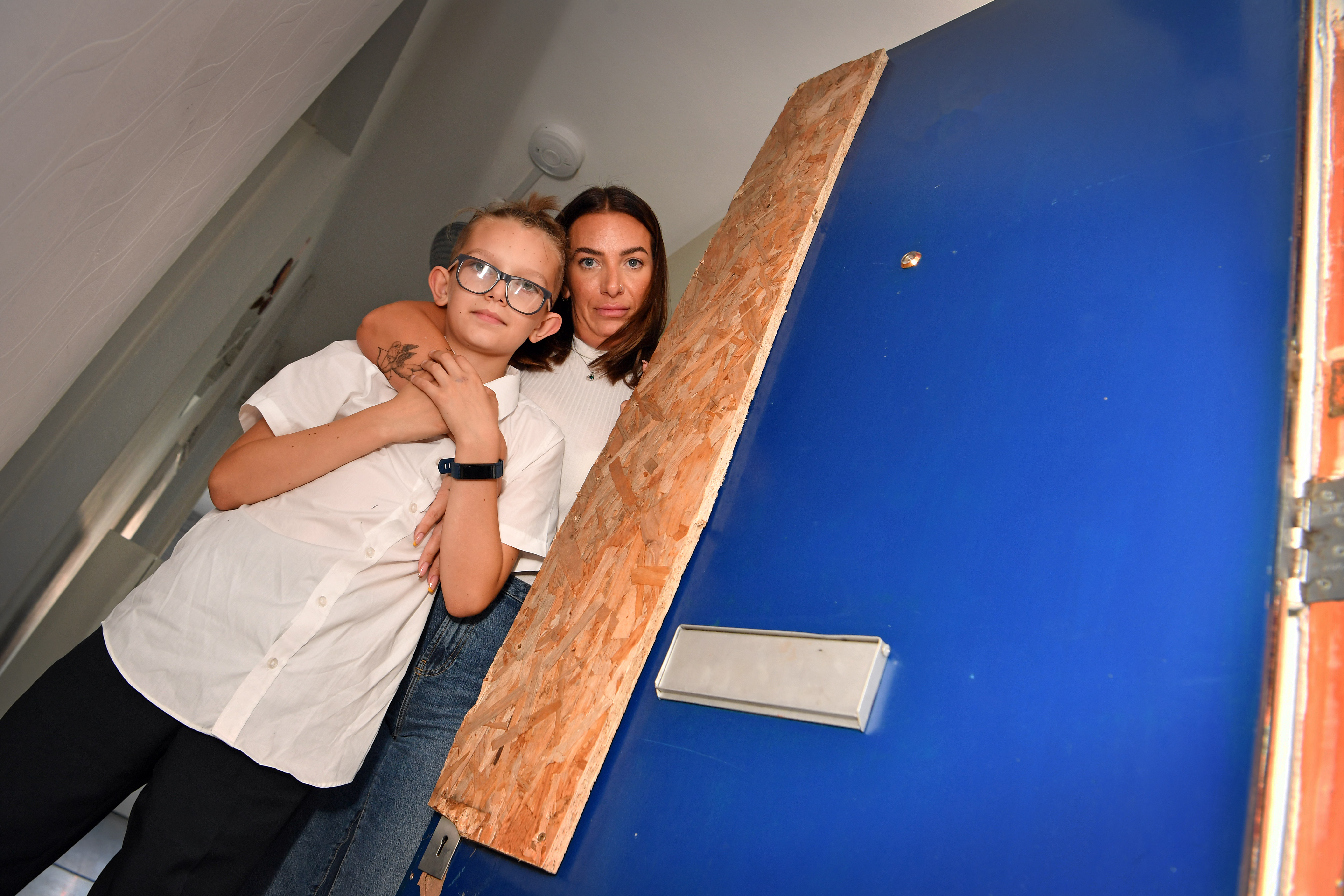 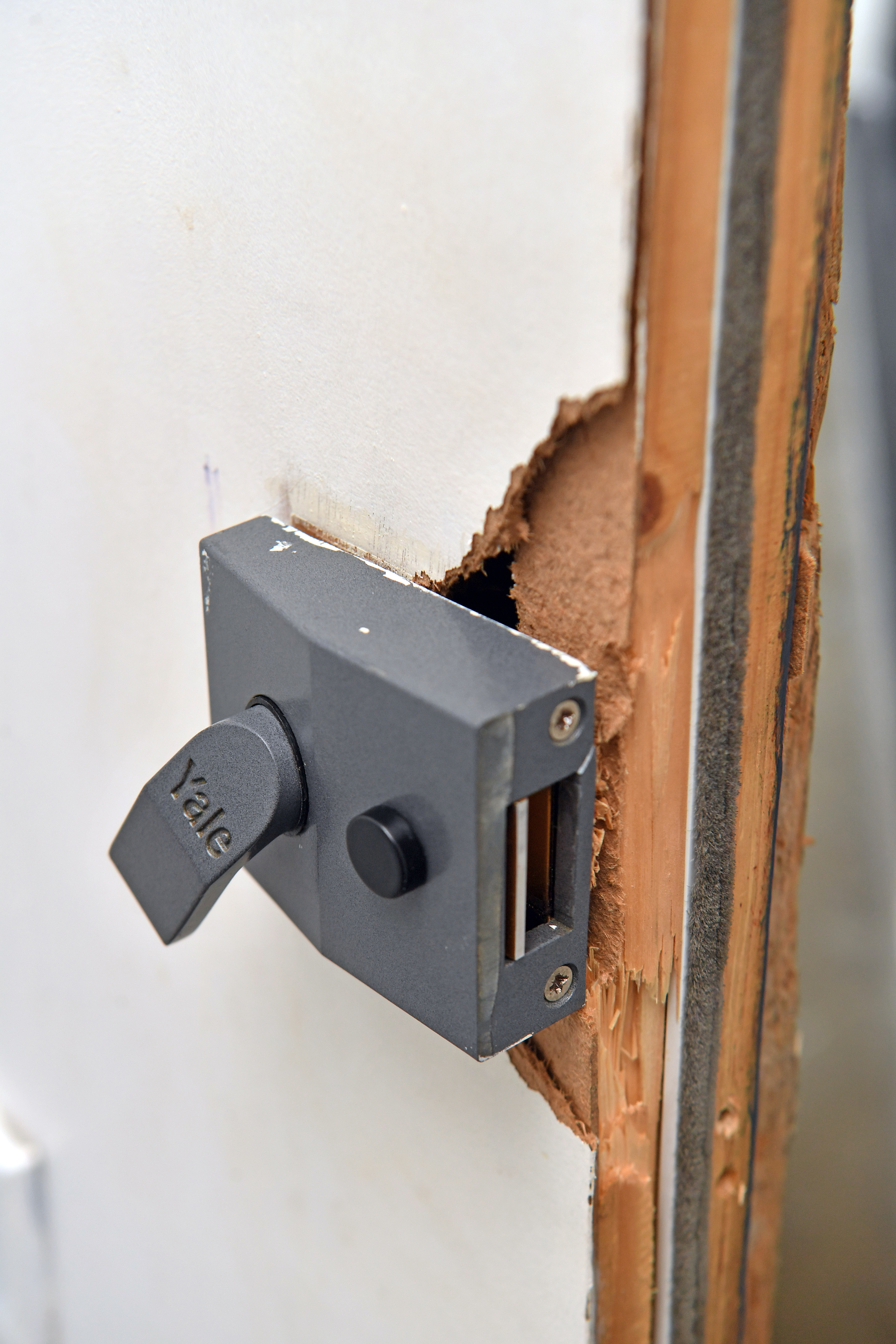 Following the fire, the mother-of-one, 36, was left to try and fix the door herself after Croydon Council came out over 24 hours later and in an attempt to fix the door attached a large piece of plywood across it, making it unlockable.

The mum said: “We had a guy that came out and supposedly made the door safe, which meant for the whole day I physically couldn’t lock my door.”

Danielle, who lives in the flat in Selsdon, with her son Ollie, 11, was forced to call out a locksmith who spent an hour and a half tackling the plywood attached to the door, before eventually being able to cut it down to size and attach a singular chub lock.

Since that point in July, the council have been promising to come and fix the door, which is a fire safety door, fully, but have yet to do so.

“I have been passed from pillar to post with Croydon Council, telling me that someone else will be getting in touch with me,” said Danielle.

“Somebody with a good, tough kick would be able to get into my property and take what they want.

“I actually sleep with a hammer in my bedroom. What can I do?”

Danielle even contacted her local Labour MP, Sarah Jones, to appeal to the council on her behalf. 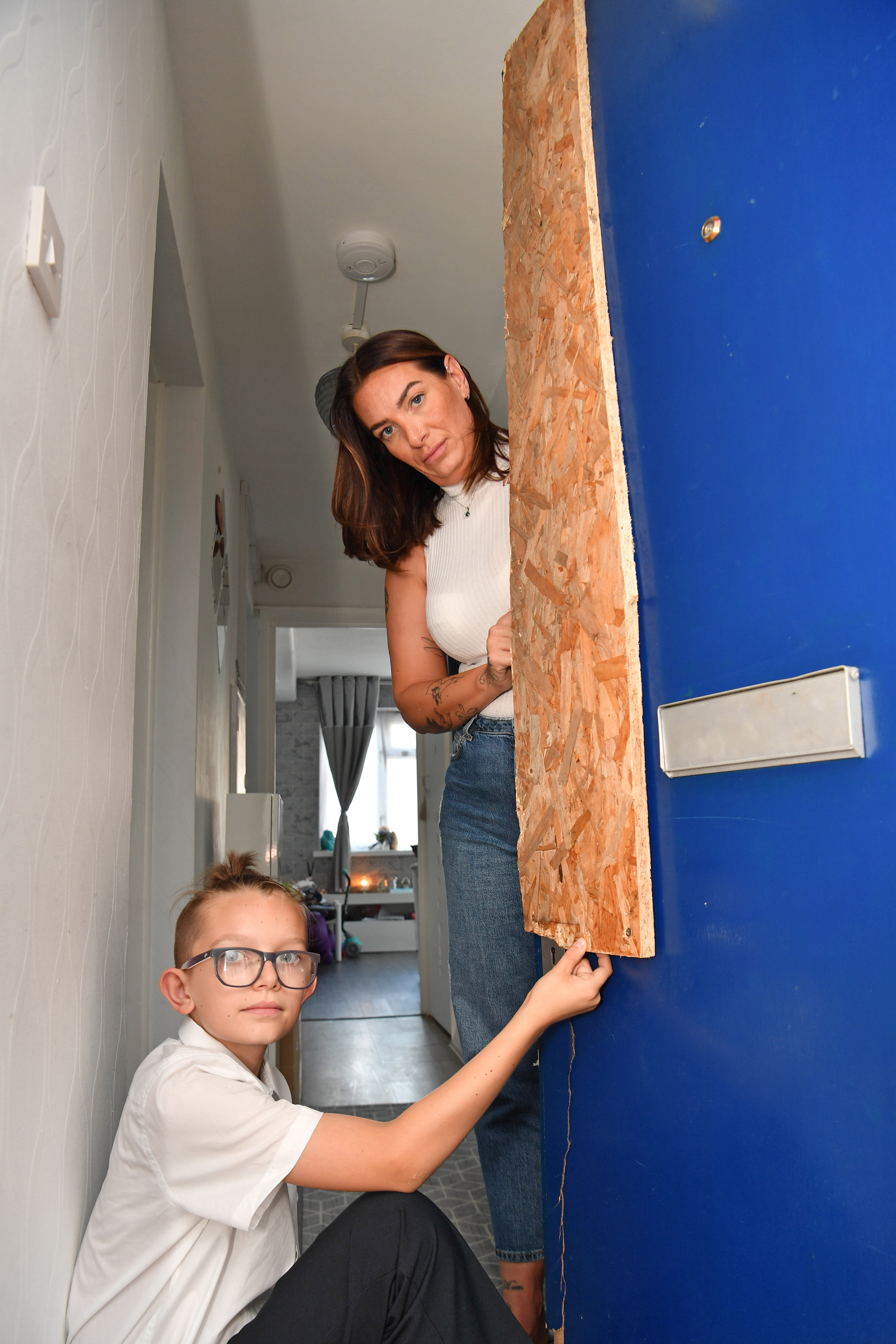 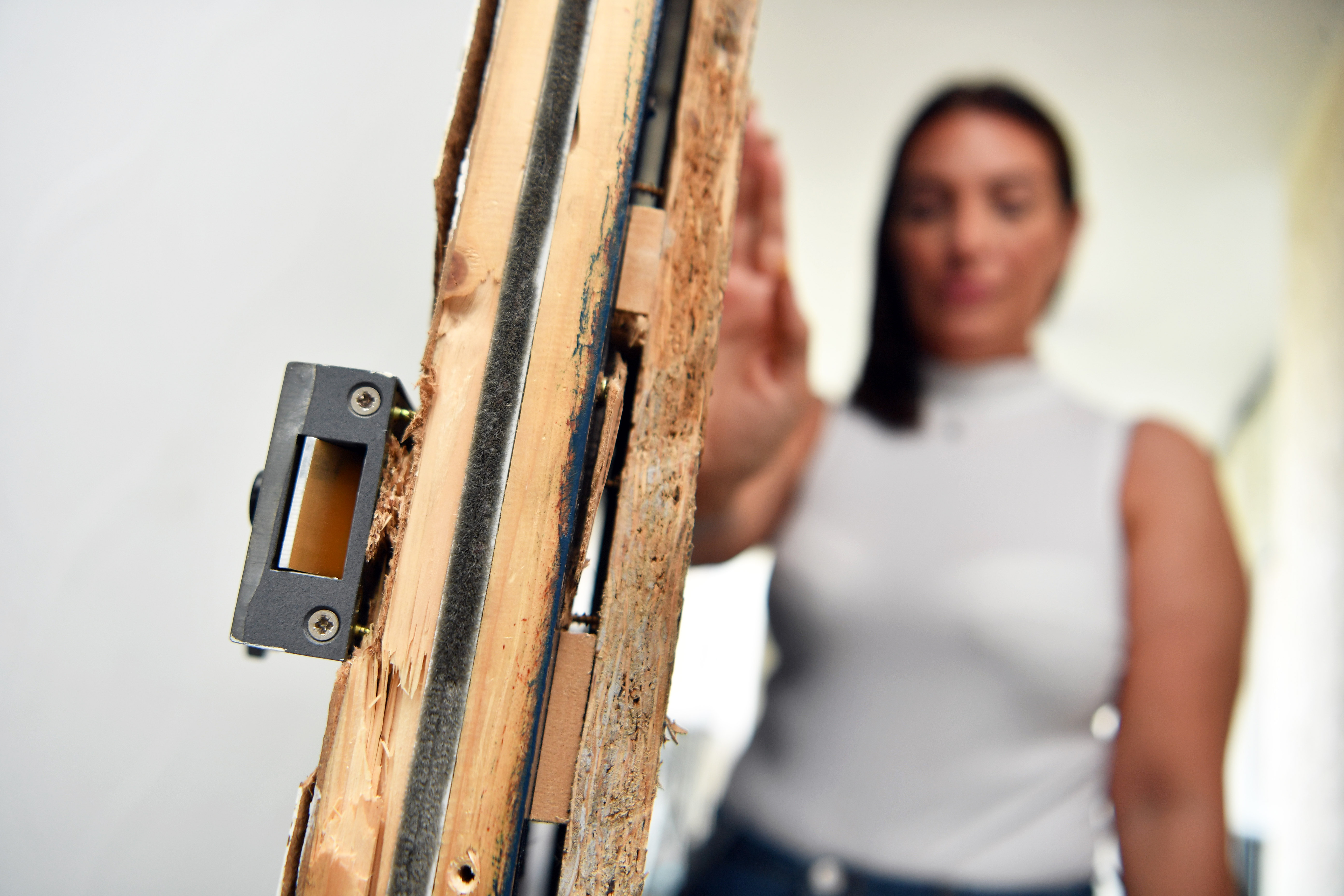 Ms Jones told MyLondon her office had written to the council to ask them when they would be replacing the door.

According to Danielle, the security door at the entrance to the flats is also currently out of order, heightening her sense of not feeling safe in the flat, and when her door broke she felt compelled to send her son, who has ADHD and autism, away for some time.

“I have a child that doesn’t feel safe," she said.

“For the first two weeks of this happening I had to send him away. It wasn’t safe.”

Danielle was told by the council that, as this was a fire safety door, another company was responsible to come and fix it, and she is currently waiting to be contacted by them.

When approached for comment, a spokesperson for Croydon Council said: “We have apologised to the resident concerned for this delay, and we will be visiting her tomorrow [September 22] to fit a more secure temporary door and so she can choose a permanent replacement.”

council house, door, fire, fix
You may also like: