A MUM who tried to rescue a baby owl was left stunned when she realised it was actually a mushroom.

Rachael Lee, 27, spotted the 'bird' in a garden in Harrogate, North Yorks, while doing some gardening for her mum. 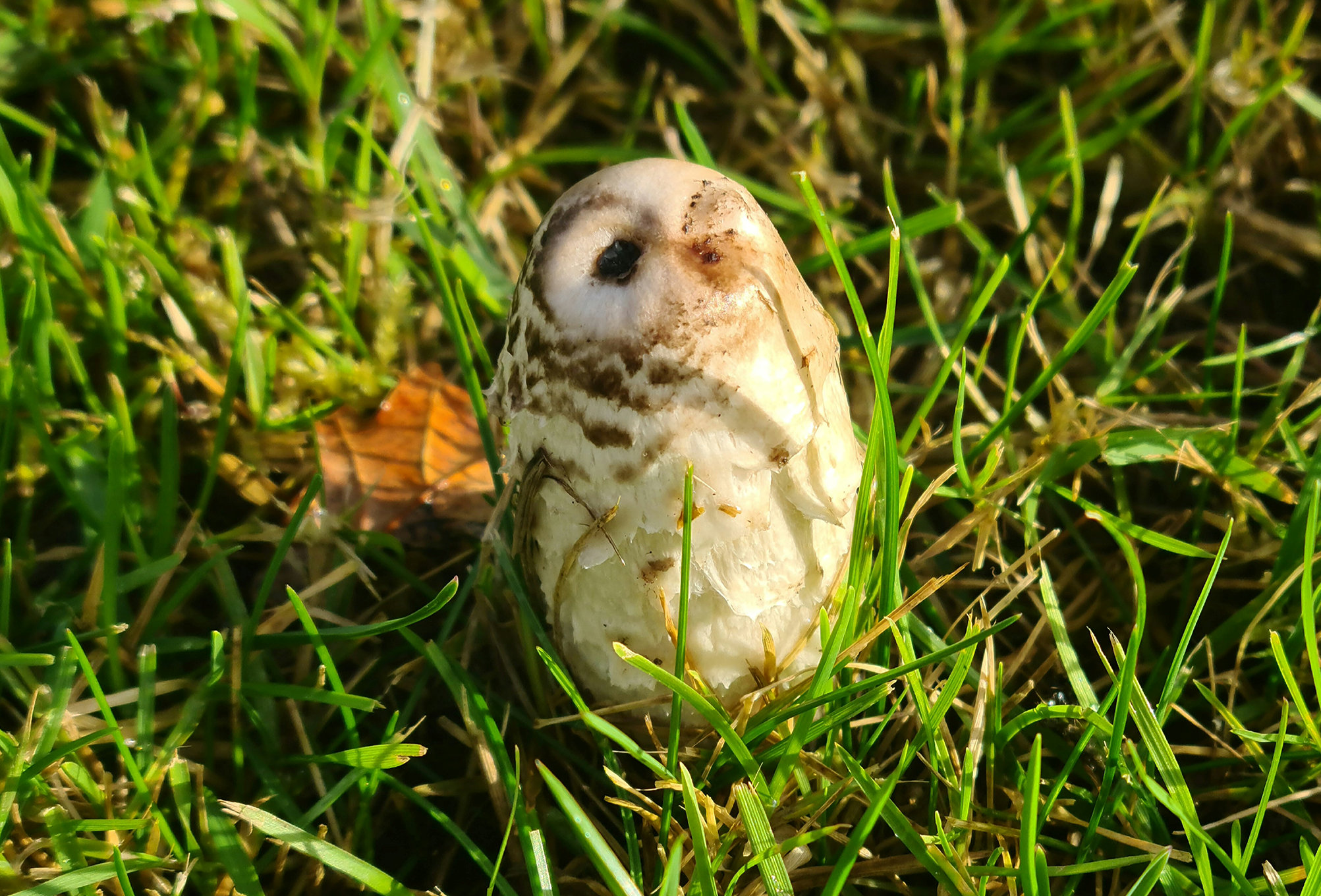 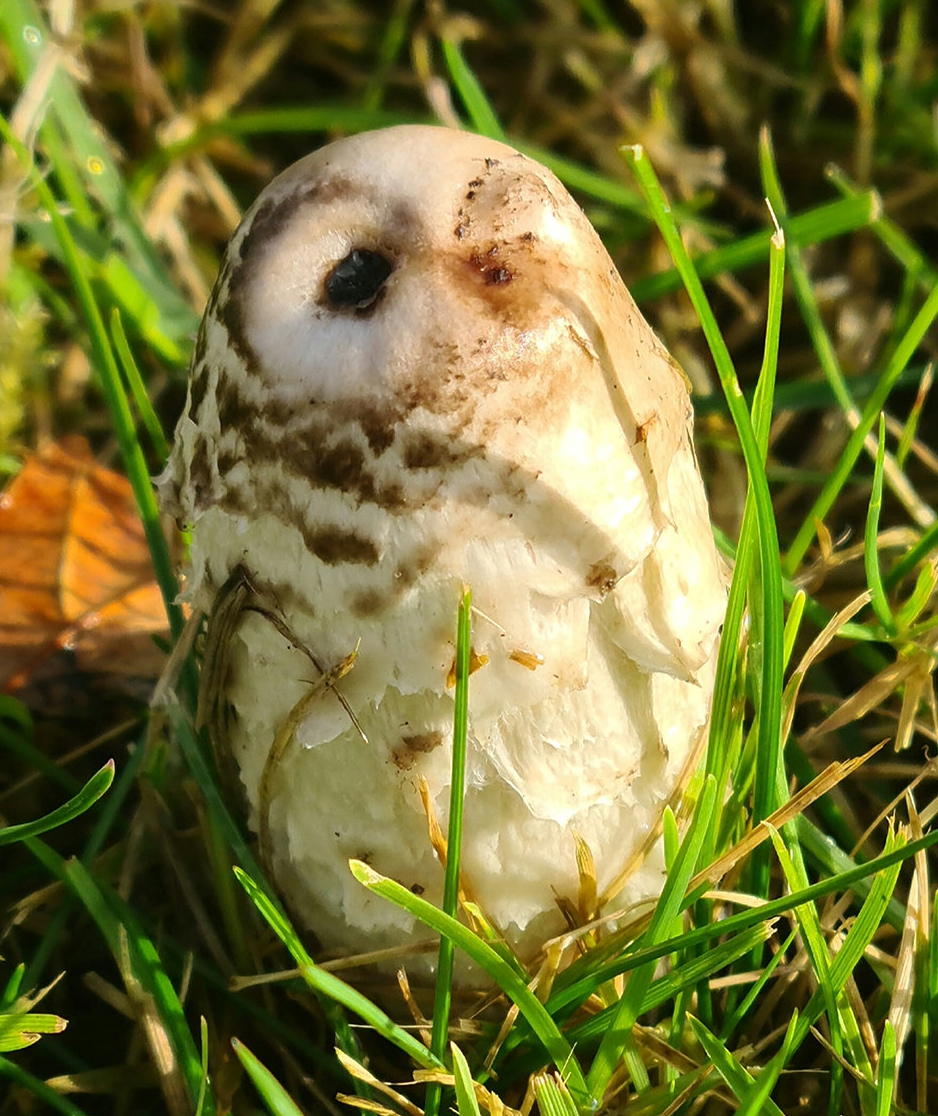 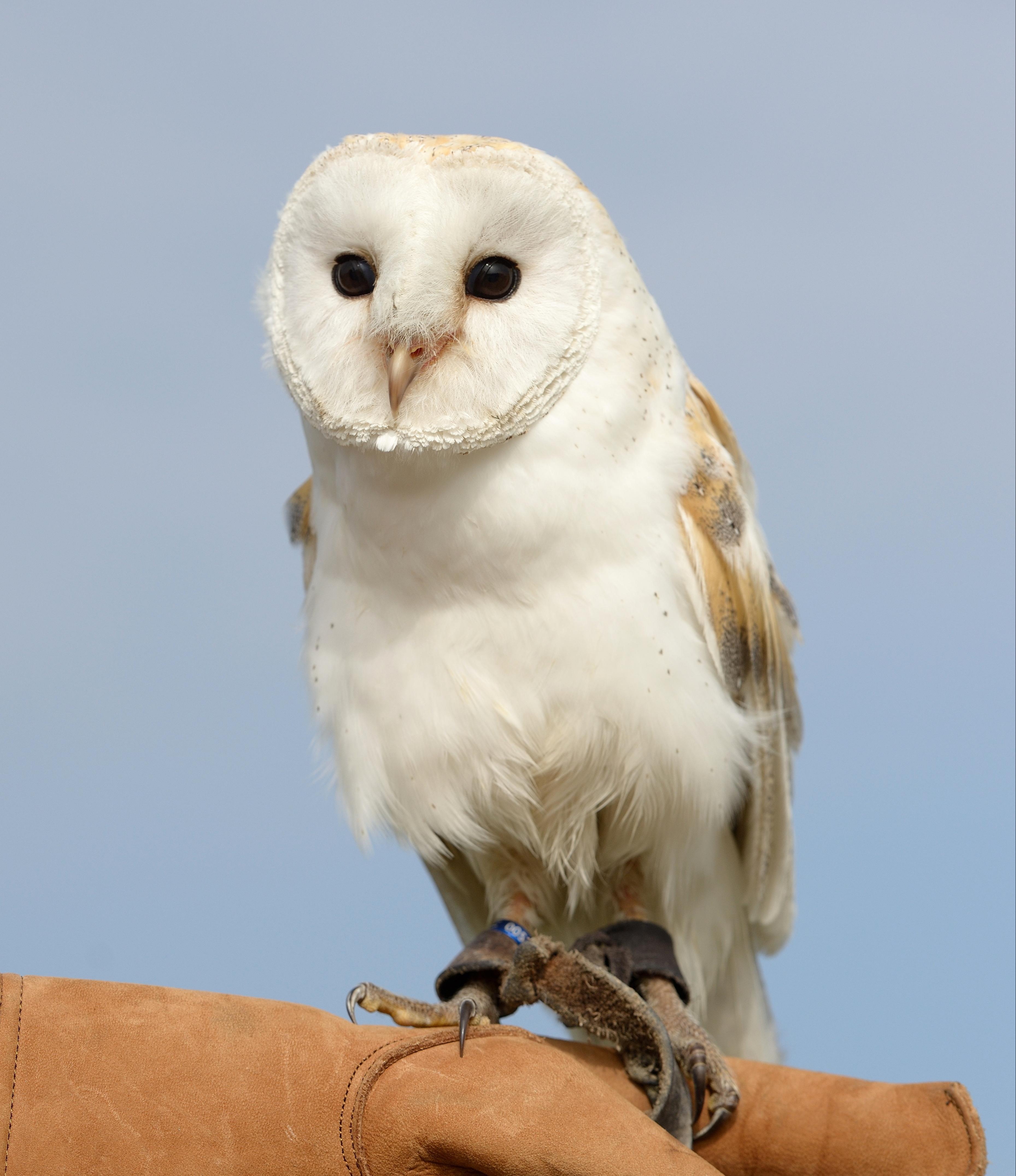 The worried post lady rushed over to help the tiny 'creature' after she noticed it looked injured.

One of its eyes appeared to be missing and it wasn't moving as it sat on the grass.

Its snow-white feathers looked dampened by dew and it seemed so dozy it was nearly toppling over.

Stunned Rachael said: "When I first saw it, I honestly thought it was a little owl that had been hurt.

"When I realised it was a mushroom, I couldn't help but take a picture!"

The mushroom could easily have passed for a barn owl, whose underparts are largely white with golden upper parts and grey markings.

Their faces are heart shaped and their big dark eyes give them a friendly appearance.

Barn owls also tend to be seen not heard.

The mum said she kept him on the windowsill for a few days before popping him in a biryani for tea.