Addressing his statement to “Mummy, Mother, Your Majesty”, reflecting the three roles he said Elizabeth had fulfilled during her 70-year reign, Andrew, the Duke of York, said he would miss her “insights, advice and humour”. 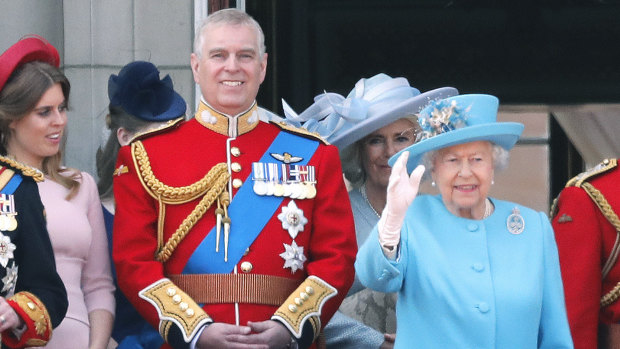 “Mummy, your love for a son, your compassion, your care, your confidence I will treasure forever,” he said.

Reputedly the Queen’s favourite son, Andrew has fallen from grace, stripped of the “His Royal Highness” title and removed from royal duties due to a scandal over his friendship with US financier Jeffrey Epstein, a convicted sex offender, and a related sex assault allegation.

He has not been charged with any criminal offence and has denied any wrongdoing, but paid to settle a US civil court case.

The 62-year-old prince said he had found his mother’s “knowledge and wisdom infinite, with no boundary or containment”.

“As our book of experiences closes, another opens, and I will forever hold you close to my heart with my deepest love and gratitude, and I will tread gladly into the next with you as my guide.”

The Queen, who died on September 8 at the age of 96, will be honoured by scores of world leaders and royals from around the globe at a state funeral on Monday.