A teenager has been jailed for two years for her role in the horrific beheading of French teacher Samuel Paty.

The secondary school civics teacher was butchered with a meat cleaver after showing his class a cartoon of Prophet Muhammad in the Parisian suburbs.

A Muslim girl who was 17 at the time of the murder which happened two years ago on Sunday, was sentenced for ‘terrorist criminal association’ by the Paris Children’s Court. 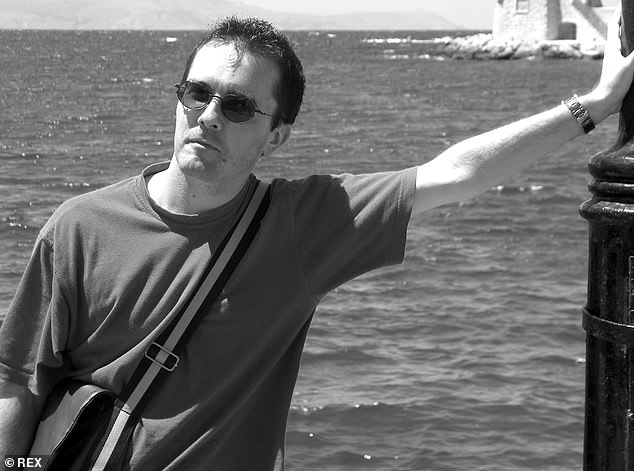 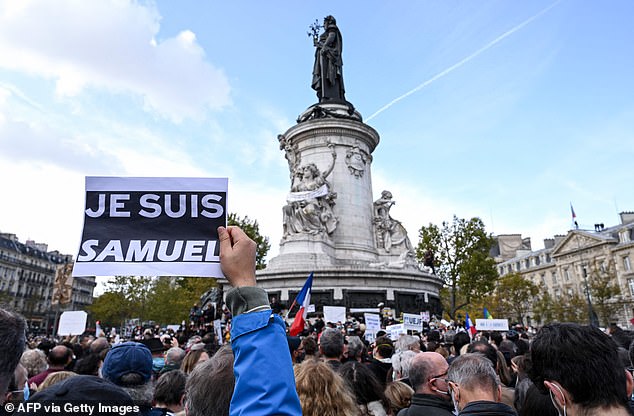 Many paid tribute to the slain teacher at the time, with the phrase ‘Je Suis Samuel’ to show solidarity

It is the first conviction related to the case after the 18-year-old killer Abdoullakh Abouyedovich Anzorov was shot dead minutes after his barbaric attack.

The teenager relayed the terrorist’s demands at the time of the killing and was found to have ISIS imagery and weapons information on her phone.

During sentencing, she expressed a desire to travel to Turkey or Chechnya, with prosecutors saying she still showed sign of radicalisation.

But in custody, police said she had made comments condemning the assassination.

Six more individuals are in pre-trial detention related to the Paty murder.

The woman was handed a three-and-a-half-year sentence, 18 months suspended.

Since the attack, there have been a number of cases whereby teachers have been receiving threats – even from their pupils. 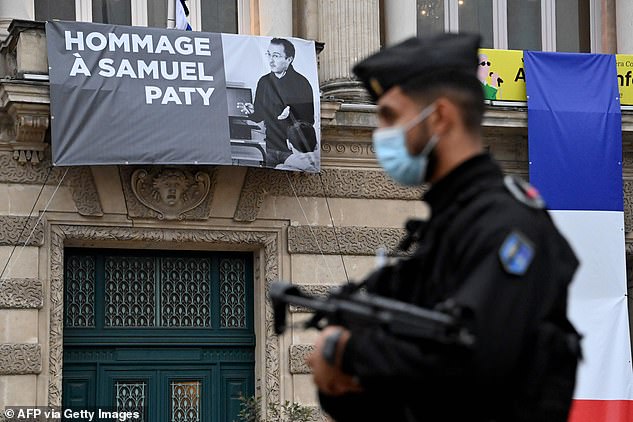 In February last year, a French teacher who warned of the spread of radical Islam in the country has been placed under police protection after he allegedly received death threats.

Didier Lemaire said the threats began after he wrote an open letter saying the state did not do enough to protect Paty.

In November 2020, a French high school pupil was arrested for threatening to behead his teacher ‘like Samuel Paty’.

The male pupil sent a message in a private Snapchat group asking other pupils to ‘threaten with death’ one of their school teachers.

Weeks earlier, police in France questioned four 10-year-olds who voiced support for the beheading of Samuel Paty and who said they would kill their own teacher if he lampooned Islam’s prophet.

‘They justified the teacher’s assassination by arguing that it was forbidden to offend the prophet and adding that they would kill their teacher if he caricatured the prophet,’ Interior Ministry spokeswoman Camille Chaize said.

Again in November 2020, a 14-year-old French pupil was arrested after he threatened his teacher as she showed photos of a demonstration sparked by the attack on Charli Hebdo.

The teenager, from Savigny-le-Temple, allegedly told his teacher in class: ‘I’ll cut you up like Samuel Paty’.