Follow
Home » World News » My daughter is but one victim of malicious online lies: it’s time the social media giants were held liable

My daughter is but one victim of malicious online lies: it’s time the social media giants were held liable

When multiple media houses and friends of friends from far overseas approach me and my family over a devastating, soul-destroying, career-ending lie, then the time of any person to act has arrived. It’s time to protect your daughter and so many other children from the literal filth that is the “content” of so many online platforms and their miscreant authors. My daughter is at the centre of a national scandal to which she was one of the last to be made aware – because not only is it an uncorroborated claim, it is a lie. 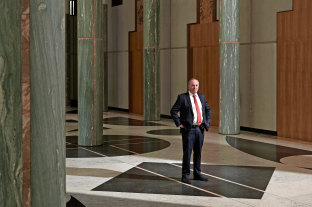 Of course, I will not give any more air to the details of the malicious lie affecting my family. I am writing only to address the root of the problem: the unaccountable social media giants that give a platform to trolls and faceless cowards to engage in character assassination.

People and organisations have made themselves rich beyond our comprehension in the business of providing these platforms – unimaginable wealth from the computer coding behind Google, Twitter, Facebook, Tik Tok.

Advertising revenue pours into their coffers while the traditional fourth estate of newspapers and investigative journalism move to further cost-cutting measures to stay afloat, many now as a social service rather than as an effective profit-making business. The proper inquiry into power, politics and social issues has been replaced by anonymous, slanderous, nebulous, mindless glitter.

For so long now we have accepted these online platforms as reasonable participants, even while pleading that they carry more responsibility for their content. The public has reasonable grounds to ask that these companies, supporting the lifestyles of billionaires, do not make their money by dropping character bricks on the heads of innocent private individuals.

It is reasonable to ask that an organisation with the competency to make itself among the biggest companies in the world also has the competency to monitor the content that makes it the money. That the same companies, those putting authentic investigative journalism out of business, honour a social contract not to demean and destroy people in a way that this news masthead, if it did the same, would be taken to court for defamation.

Twitter, it is not the trolls that inspire the devastating mental health issues. The trolls don’t have a voice unless you give them one, and you do! You make money from their noise, their ambit scratchings on the back of a lavatory door. They post their character assassinations from the back of the door at the servo and you illuminate it in on a city billboard for all to see.

The platform must be held liable. If they enable the vice, they pay the price.

So where to from here? The US currently has a Senate Commerce, Science and Transport Sub-Committee inquiry into the actions of online platforms pertinent to its effects on children. Both Democrats and Republicans are aligned on comparing it to Big Tobacco. I have reached out to Senator Maria Cantwell of Washington, who said: “Our precise locations, fitness regimens, computer strokes, and even our friends and family networks have basically been turned into commodities.”

In Australia, Attorney-General Michaelia Cash has written to the state and territory attorneys-general this week to urge them to take a nationally consistent approach to defamation reform, following a High Court judgment that the administrators of social media platforms are liable for comments on their posts.

But this problem extends far beyond Australia. This is a global online problem that gives a platform to the Taliban but censors domestic politics when it does not meet its company views. A joint view of many participants from many parts of the world might finally bring some decency into what has, in so many instances, become a cesspool of unaccountable trolls and miscreants.

The public has to stop falling for the fable that it should just keep lending the car to people who run over pedestrians, while screaming obscenities and medical advice from the window.

Parents across the globe have had enough of picking up the pieces of damage that the billionaires are causing to their families. I am only one.

But, daughter, is, my, one, victim
You may also like: