A WOMAN's garden has been covered in floating human POO after raw sewage poured in from the street – and is now seeping into her home.

Emma Pennington, 43, says faeces have been pumping out of a manhole in her back garden for three days at her home in Blurton, Stoke-on-Trent. 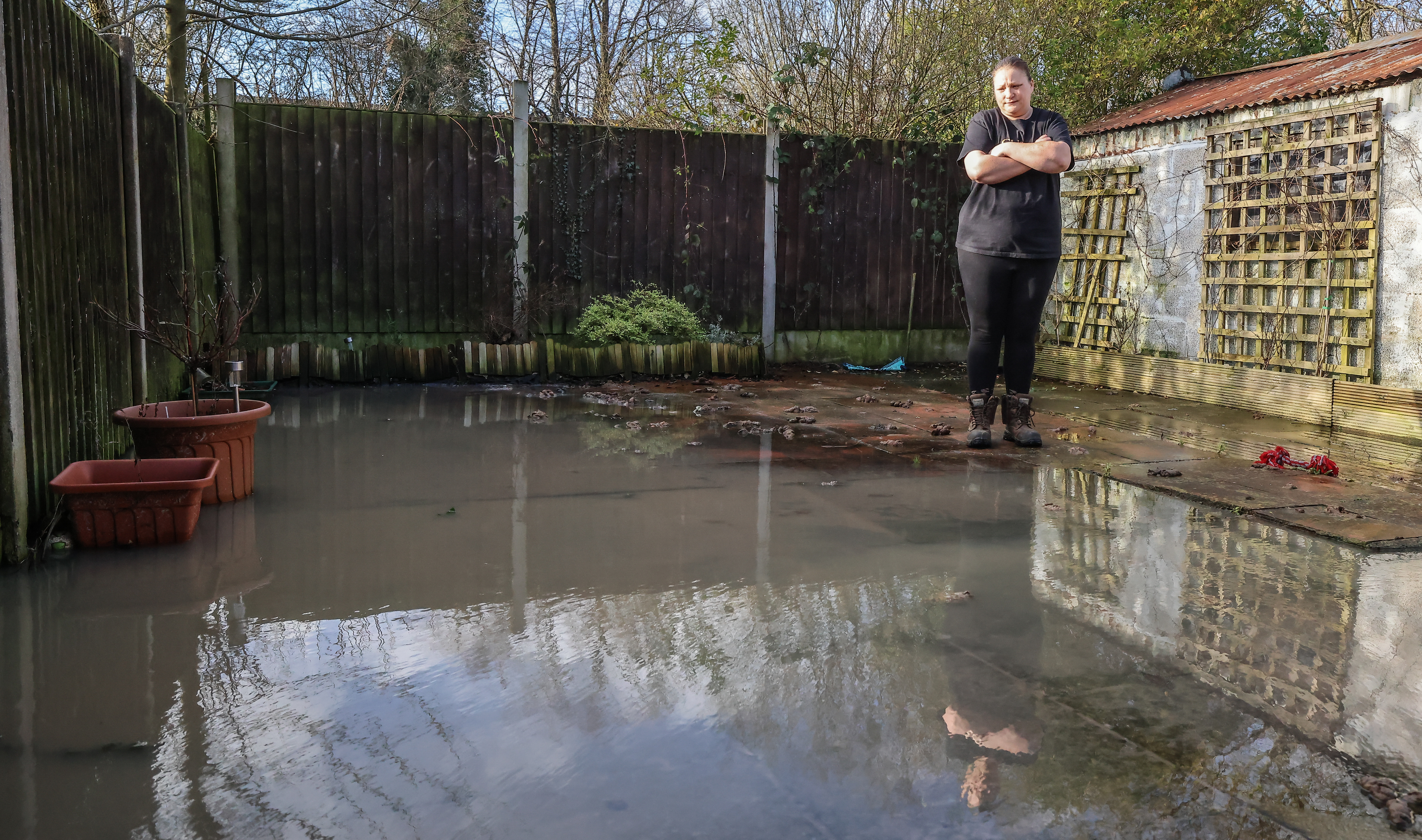 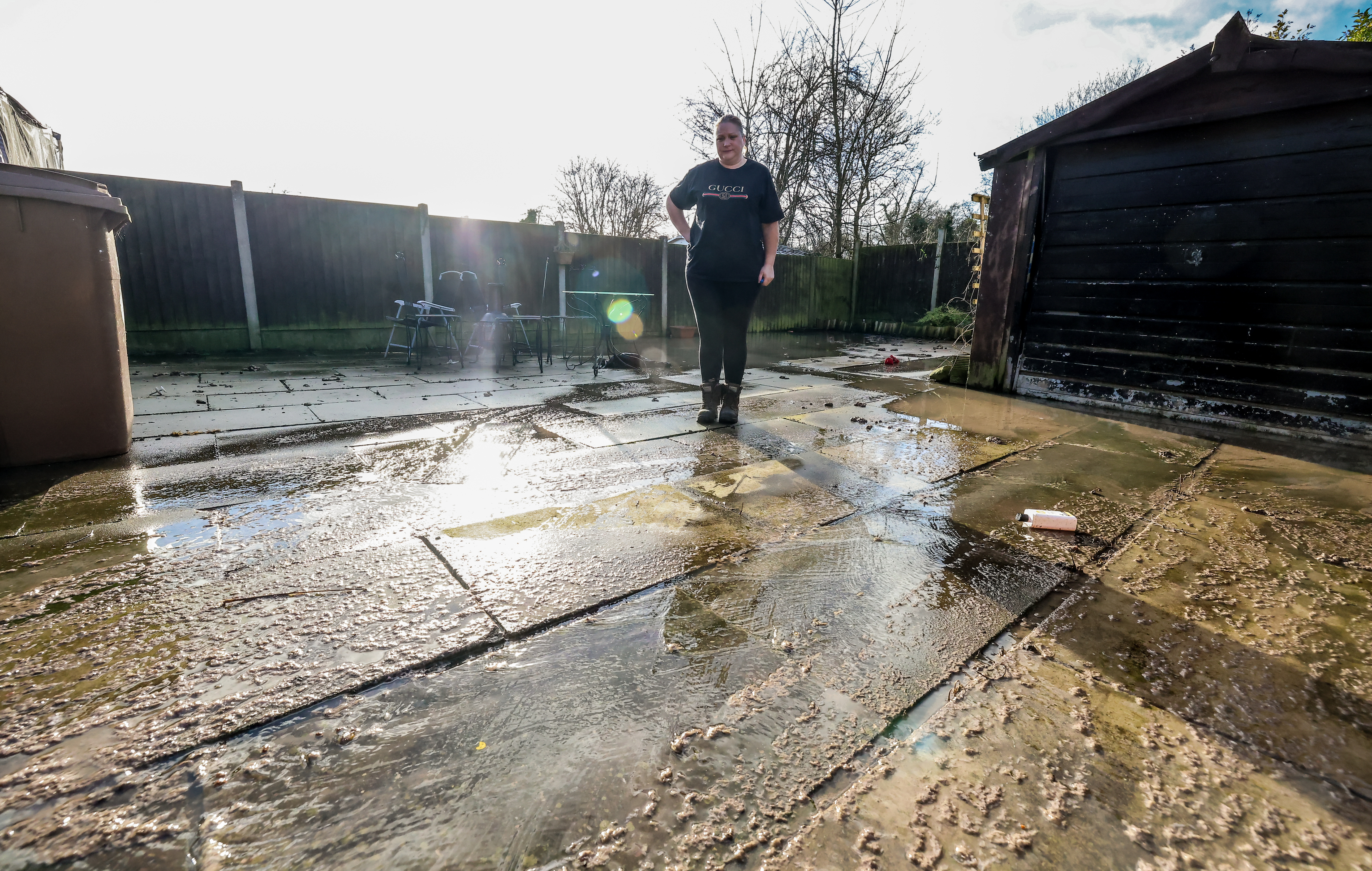 The disgusted care worker claims the horrific stench is now oozing through the walls of her three-bedroom property on Lambourn Place.

Her four dogs have been left trapped inside as they are unable to enter the garden through fear they may fall ill from the sewage.

Mum-of-one Emma says she initially contacted Severn Trent on Monday after spotting "lumps" of poo in her garden.

But the frustrated resident explained she was repeatedly "fobbed off" by the water services company who failed to send someone to fix the problem.

Emma told Stoke-on-Trent Live: "I got up on Monday to let the dogs out and I had to stop them because all I could see was flooding down the garden.

"It lifted the manhole cover which is why there’s big lumps of faeces from the whole street. There’s still water trickling from the cover now."

The gruesome blockage has left sewage gushing through her garden while wastewater has swamped her patio right up to her back door.

The frustrated mum continued: "The smell is horrendous outside and inside. It is coming into the house now. It stinks. How would they like it?

“It’s not hygienic. How can they say that’s alright to leave somebody in? I seem to be fobbed off when I ring.

"It makes me feel dirty. I walk into the house from work and it smells. I left for work last night and I had a headache," she added.

After calling the company 13 times, an exasperated Emma was left in limbo as still "nobody turned up".

"I rang Severn Trent first thing and was told someone would be out by 10pm but nobody came," she said.

"On Tuesday I rang again and nobody got back to me. I was on the phone on and off all day.

"I was eventually told somebody won’t be out until Wednesday and I said it’s not good enough. I suggested that a manager should ring but that didn't happen.

"I rang the complaints number and was told somebody would be out before 6.30pm on Tuesday," Emma said. "Nobody turned up.

"I still don’t know what’s happening. Nobody has told me anything."

A blockage on a nearby street is believed to be the source of the problem, resulting in the neighbourhood's excrement churning out into Emma's garden.

She says her garden has been plagued by floods since she bought the semi-detached home 19 years ago.

"Severn Trent's service is shocking. I can’t believe I pay my water rates, I don’t even get any kind of compensation.

"The water is still flowing out so there’s still a blockage somewhere. I’m waiting for them to come out, deal with the blockage and clean up. It’s disgusting.

"I hardly had sleep because I’m on and off the phone trying to find out if somebody is coming out. It’s caused a lot of stress."

Severn Trent has now apologised to Emma and sent out teams to assess the sickening situation.

A spokesperson said: "We know just how distressing any type of flooding can be, especially sewer flooding.

"We’re truly sorry for the time it’s taken to send teams to the customer’s home to resolve the issue and begin the clean-up.

"We’re pleased to say the clean-up is now well underway and we’re continuing to work closely with the customer while we work hard to return everything back to normal.

"Our initial investigation confirmed the flooding was caused by a blockage in a nearby sewer pipe, caused by fat, oil and grease being poured down the sink, and sanitary items like wet wipes being flushed down the toilet.

"Together, they can form a blockage, or even a fatberg, which is often a horrible experience for people living nearby." 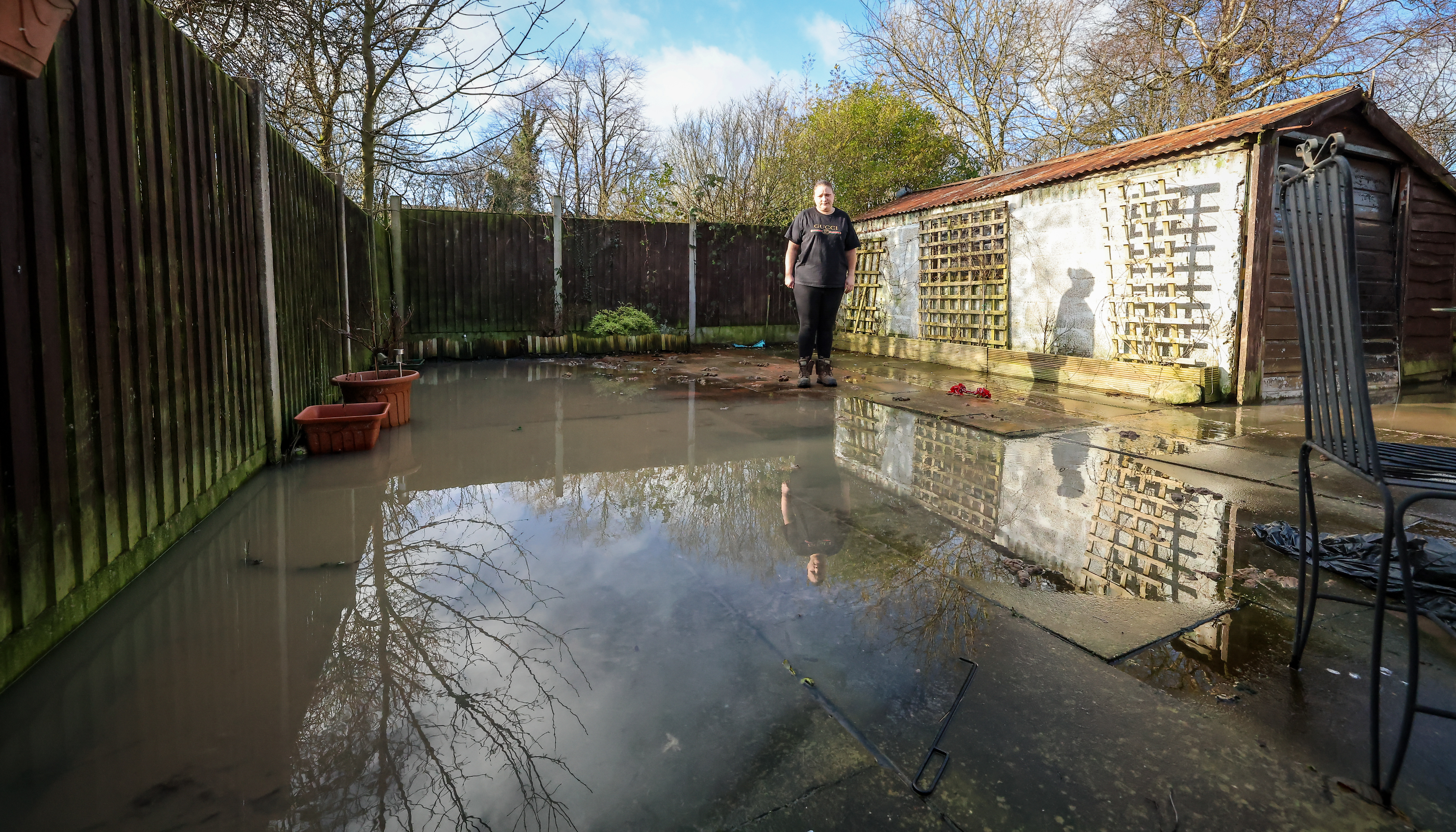