Zoo animals chomp down on festive pumpkins in viral video

‘Let the gourd times roll.’ Zoo animals in Oregon chomp down on pumpkins in a top viral video of the day.

The Smithsonian’s National Zoo and Conservation Biology Institute vaccinated several of their primates against COVID-19 this week, saying it was just the beginning of animal coronavirus inoculations at its locations.

The zoo announced in a press release Friday that staff administered the first round of two-dose shots to 11 animals on Wednesday: seven orangutans, a western lowland gorilla, one white-eared titi monkey and two emperor tamarins. 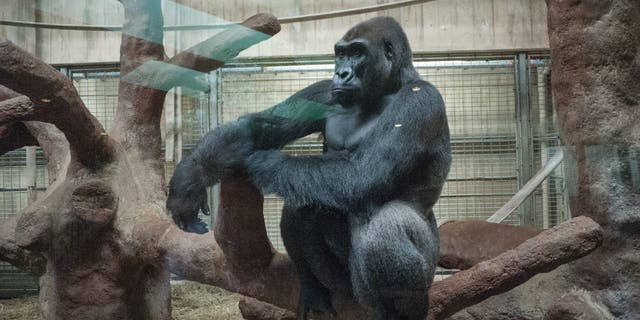 A video posted by the zoo noted that the “animals were rewarded with honey for their participation.”

The vaccine used was developed specifically for animals by Michigan-based veterinary pharmaceutical company Zoetis after the company saw that a dog in China contracted the virus early in the pandemic.

Zoetis said in a press release in July that its shots were authorized on a “case-by-case basis by the United States Department of Agriculture” for an array of zoo animals, but said the shots are “not needed in pets or livestock at this time.”

The National Zoo also provided a status update on the lions and tigers under its care that had tested “presumptive positive” for COVID-19 last month, saying the big cats were “recovering well” and “behaving, eating and drinking normally.”

“Vaccines will continue to be administered to select animals identified as susceptible species at the Zoo and at the Smithsonian Conservation Biology Institute in Front Royal, Virginia, in the coming months,” the zoo explained, adding that “the lions and tigers will receive the vaccine no sooner than 90 days post-infection.”

The National Zoo did not immediately respond to Fox News’ questions regarding the inoculations. 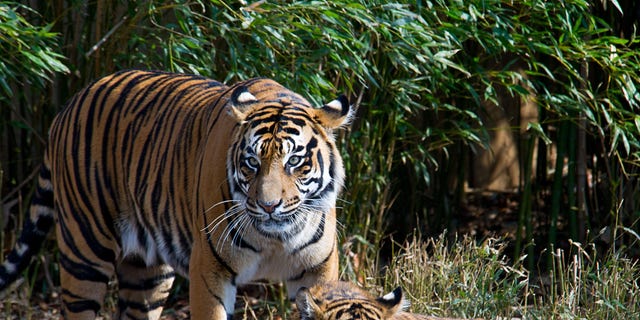 Zoos in different parts of the country have increasingly been vaccinating myriad species with the Zoetis vaccine.

The Denver Zoo and Oakland Zoo used the jab on some of their animals over the summer, CBS News reported, and the Denver Zoo is planning to do the same.

“Species such as Florida panthers, skunks, otters and primates are on top of the list to vaccinate,” Fox 35 reported. “The zoo has received enough doses to vaccinate roughly 19 species which includes 93 animals.”