Navalny ridicules Putin, says Russian president 'gets the sweats' if he doesn't lie about opposition leader

Russian opposition leader Alexei Navalny ridiculed President Vladimir Putin over claims he made this week that Navalny “knowingly” broke the law when he left the country in a coma to receive medical treatment, saying the Russian president “gets the sweats.”

At a news conference Wednesday after his highly anticipated meeting with President Biden in Switzerland, Putin said: “He [Navalny] needed to check in with the authorities as someone who was twice sentenced to suspended prison time. Fully cognizant of what he was doing, I want to emphasize this, and disregarding the legal requirement, this gentleman went abroad for medical treatment.”

He further claimed that Navalny “deliberately decided” to be arrested upon his return to Russia after leaving the hospital. 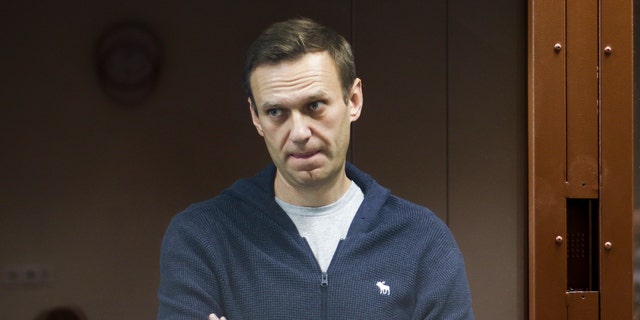 Navalny responded Thursday to the claims, pointing to photos of himself on a stretcher as he was loaded onto a plane for Germany.

“Putin gets the sweats and a terrible headache if he hasn’t lied to someone along the lines of: ‘People’s incomes in Russia are going up, there won’t be mandatory vaccination in Russia,and Navalny consciously went abroad,'” he wrote in a post online, according to Reuters.

Navalny remains a defiant figure following his near-death poisoning and subsequent imprisonment – the latter for leaving the country despite conditions of his parole that required permission to leave.

Allies evacuated Navalny to a German hospital last summer after he fell into a coma due to what was later determined to be poison. Russian authorities initially denied his departure, but they finally stood down after a day-long standoff.

Putin has enforced the jail sentence, arguing that Navalny was fully aware of what he did.

Navalny maintains that charges against him have been exaggerated in order to derail his opposition of Putin. He also maintains that Putin is behind the attempt on his life, previously saying that he has “mortally offended Putin” by surviving, according to the Economist.

Opposition supporters turned out in Geneva ahead of the meeting between Putin and Biden, staging a colorful rally against the Russian president.

Despite the tiny turnout – with possibly more journalists there than demonstrators – the protest was well-orchestrated with banners and gimmicks, in a show of dissent that participants said might garner a crackdown by security forces in Putin’s Russia.