Follow
Home » World News » Nearly 3,000 migrants have crossed the Channel in the past two weeks

Nearly 3,000 migrants have crossed the Channel in the past two weeks

Nearly 3,000 migrants have crossed the Channel in two weeks with 253 arriving on Sunday amid calm conditions at sea

Hundreds of migrants have been intercepted crossing the English Channel in small boats across the last two days as people smugglers looked to take advantage of calm conditions at sea.

There were 253 migrants detained on Sunday after eight boats were seized – according to official figures from the Ministry of Defence.

But dozens more arrived today as continue to cross the Channel in numbers. In the first two weeks of September there have been 2,917 migrants who have made the treacherous 21-mile crossing.

‘France has a moral and international obligation to protect vulnerable people, save lives, stop people smugglers and tackle organised crime,’ she said.

‘They should not need to be paid to do their duty. It is even more ridiculous that we pay them tens of millions of pounds and get so little in return. This is a shocking waste of taxpayers’ hard-earned money.

Ms Elphicke believes that sorting out the ‘small boats crisis’ must be at the top of Liz Truss’s priority list. 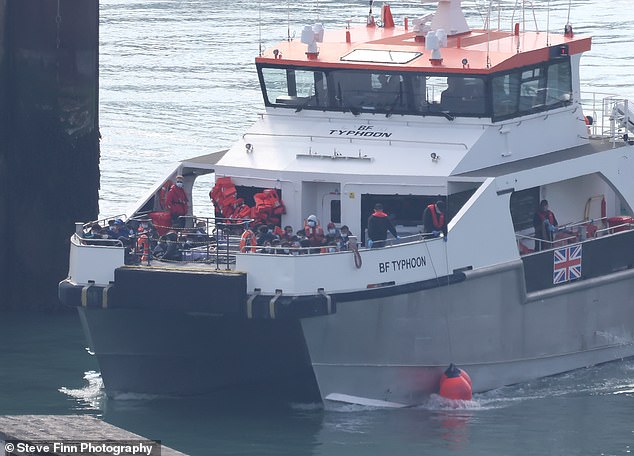 Today, around 30-40 migrants were brought into the harbour at Dover via a Border Force vessel to a new secluded part of the dock – the former jetfoil terminal – behind a large fence which prevents the public from seeing them.

The Border Force 25-metre catamaran Hurricane was seen bringing the first group in this morning – and there are more expected to cross throughout the day. 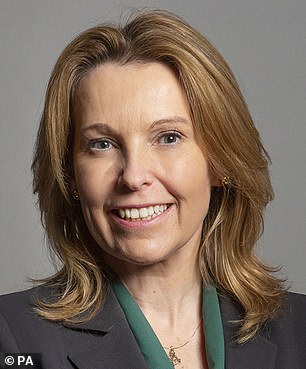 A group of mostly men were brought to the Dover port at around 8am – with some clutching smartphones as they disembarked with nothing more than clothes on their backs.

The number of migrants known to have arrived so far this year now stands at 27,742, according to official government figures.

It is creeping up fast to the record 28,526 people who made the clandestine trip across the English Channel in 2021.

Last week it emerged that Liz Truss’s Government will go back to the drawing board on a new Bill of Rights to tackle the Channel migrants crisis.

The new Prime Minister’s team confirmed that the human rights reforms – which began their passage through Parliament this year – are being ‘reviewed’.

Ministers will redraft the proposals so they are clearly targeted on ‘illegal immigration’, such as small boats arriving from France, insiders said.

Both Ms Truss and Ms Bravermen are also committed to the Rwanda policy which is currently being stalled by a High Court challenge. Ms Patel defended her plan to send migrants to Rwanda just hours before quitting.